Does limonene react with calcium hydroxide or acetic acid?

I can't find the results of too many experiments with Limonene. Which has many uses (e.g. making soap).

What is the result of these equations? Are the products potentially dangerous?

Could they result in combustion?

I can't find the results of too many experiments with Limonene.

Actually, there are quite a lot and the feature article Limonene: a versatile chemical of the bioeconomy, Chem. Commun., 2014, 50, 15288-15296 by Rosaria Ciriminna, Monica Lomeli-Rodriguez, Piera Demma Carà, Jose A. Lopez-Sanchez and Mario Pagliaro provides an interesting insight: 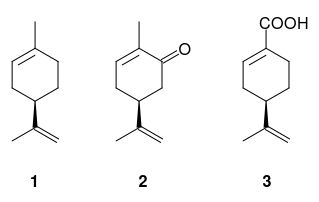 In order to to prove comsumer-friendliness of d-limonene and its degradation products, a lot of studies on the reaction of d-limonene with oxygen, leading to endoperoxides, hydroperoxides, and the monoterpene ketone carvone (2), have been performed.

To my information, these combinations aren't used in industrial or academic research, but in another context.

As outlined above, d-limonene is widely used as a natural replacement for other organic solvents, which aren't easily available outside science and/or industry. As a consequence, d-limonene as a solvent has also found its way into recipes for the clandestine extraction of controlled substances from plant material.

Some of these recipes seem to promote the combination of d-limonene, calcium hydroxide, and white vinegar (as a source of acetic acid) to extract N,N-dimethyltryptamine (DMT) as its acetate from the bark of Mimosa tenuiflora.

While this seems technically possible and reactions between d-limonene, the base, and the acetic acid are not to be expected, the posession of the extraction product is apparently illegal in a variety of countries.

Not the answer you're looking for? Browse other questions tagged organic-chemistry home-experiment extraction drugs or ask your own question.