I am having some trouble understanding the behaviors of some Alkene reactions that I have been studying. I took two semesters of O-chem a couple of years ago and am trying to refresh before an advanced class, but I have found two reactions in my studies that aren't making sense.

Secondly, in the image below (sorry it's turned), where the second proton transfer is taking place, you see the water molecule pulling the hydrogen off of the more substituted carbon. But wouldn't the hydrogens on the methyl group adjacent to the positive charge be way more electrophyllic, thus creating a double bond on the end of the chain?

I appreciate any help on this. Thanks for your time and effort! 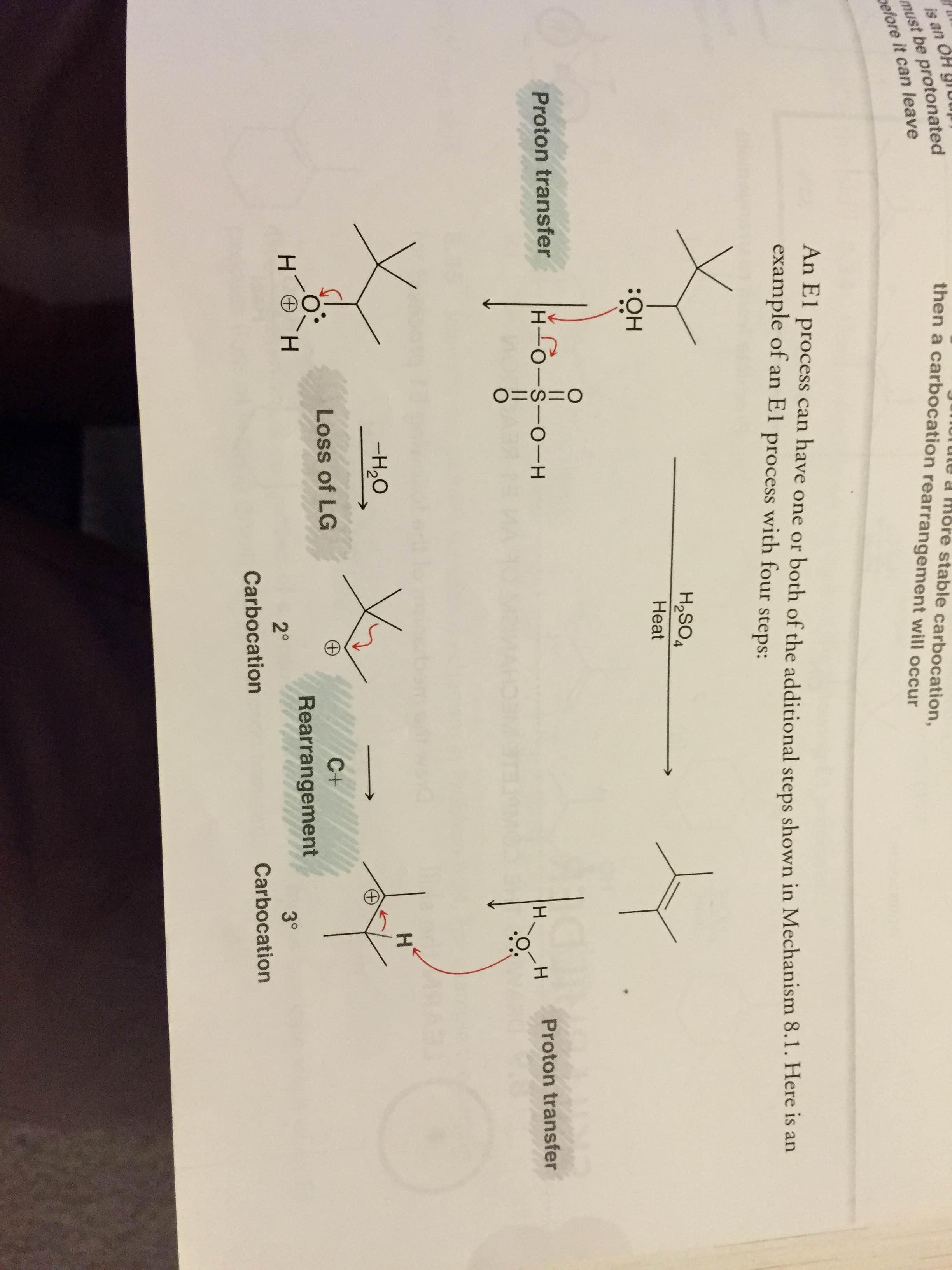 Whenever it attacks C alcohol forms so the reaction goes back to reactants. When it attacks H the product forms. We are interested in product, so we show only this path.

Not the answer you're looking for? Browse other questions tagged organic-chemistry electronegativity or ask your own question.

10
Why can the lone pair not align with the phenyl moiety in 2,6-xylidine?
1
Carbon decrease from 1-octyne to 1-hexene
5
Why are double bonds at more substituted carbon more stable?
1
Why are the secondary alpha hydrogens more acidic than primary alpha hydrogens (keto-enol tautomerization)?
9
Why does water attack the more substituted carbon in oxymercuration?
2
Substituent effects on acidity
1
Does an acetal need to have one hydrogen attached to its carbon?
0
Is m-cresol or p-cresol more reactive towards electrophilic substitution?