Carbon decrease from 1-octyne to 1-hexene 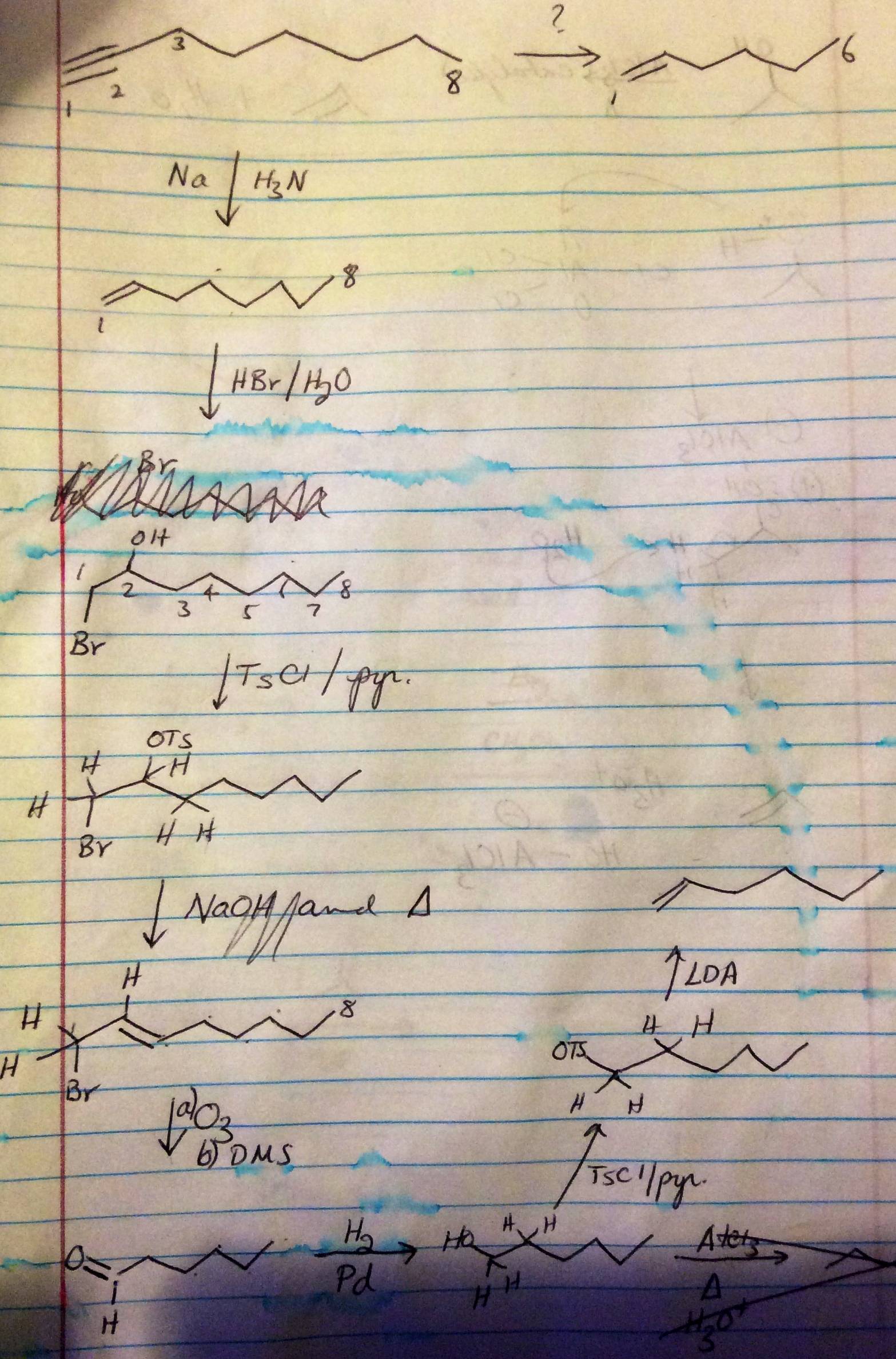 1) Reduction using sodium metal in pure ammonia to an alkene.

3) Conversion of OH to a good leaving group (-OTs) using a sulfonate ester and a weak base, pyridine.

4) E2 elimination using NaOH and heat. Because of resonance and sheer bulk and negative induction the OTs(-) should make for a better leaving group than Br-. So the internal alkene is formed.

6) Reduction of carbonyl with hydrogen and transition metal to terminal alcohol.

8) Use of LDA to deprotonate and create the terminal alkene.

Also we can take another route with the brominated alkene; we can use OsO4 and basic hydrogen peroxide to create a 1,2 (vic) diol, which can be cleaved by periodic acid, and this creates a primary alcohol, which we convert to a good leaving group using tosyl chloride and pyridine, and we can eliminate. Same number of steps, but just something different that I thought of. Well, perhaps slightly simpler since there isn't a need for a two-step process (ozonolysis). 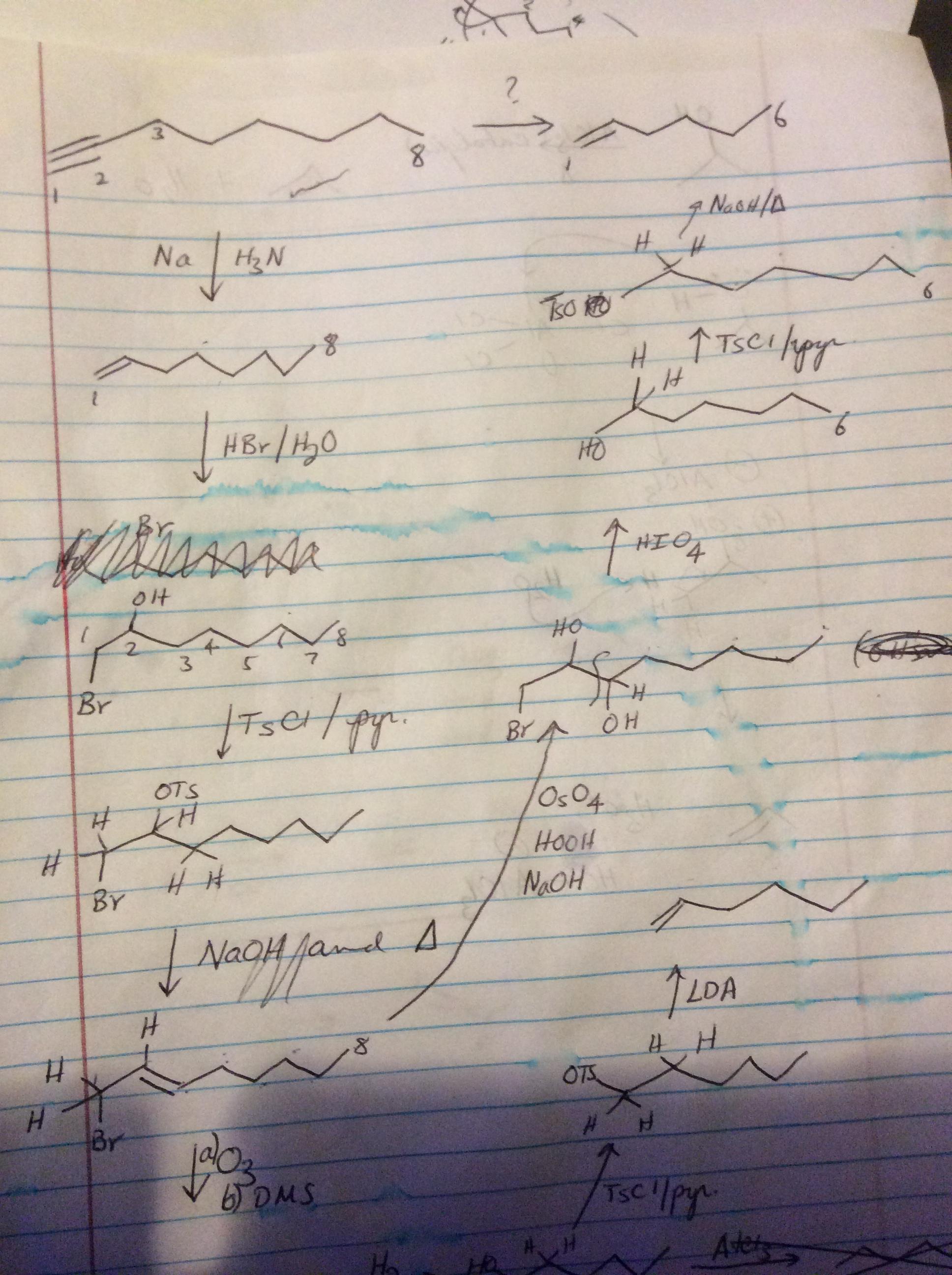 This might be a shorter route that employs common synthetic techniques you're probably already familiar with.

I think you've studied radical allylic oxidation (maybe it was radical allylic bromination that you posted about? Well, same idea.). In any case, it is a well-known reaction (here are some examples). You might get a mixture of the propargylic alcohol and ketone - no matter, carry them both along to the next oxidation step. In this second step we oxidize the triple bond and any remaining propargylic alcohol to the alpha-ketoacid, which will decarboxylate (see the first few sentences in this reference) under the reaction conditions. This yields hexanoic acid which can then be converted to the desired olefin.

In principle, this can be realized in two steps:

Your second step will not work as written. Reaction of an alkene with aqueous HBr will produce the bromide (not the bromohydrin) with Markovnikov regioselectivity and the possibility for carbocation rearrangement. To get the bromohydrin, se $\ce{Br2/H2O}$

Your fourth step will be challenging also. There are two leaving groups, and LDA is a very strong base. There are regioselectivity and chemoselectivity problems, and unless the reaction is controlled well, you will also get 1-octyne.

Better to install just one functional group in step 2 (oxymercuriation, while old-fashioned, gives you just 2-octanol with little to no rearrangement), and then your elimination in step 4 will behave better.