Is m-cresol or p-cresol more reactive towards electrophilic substitution?

Which is more reactive towards electrophilic substitution, meta-cresol or para-cresol?

Both oxygen and methyl are activating groups. I don't know on what basis do I compare their reactivity. There's just a change in the position of one of the group.

If two groups are working for the same effect at the same time, then their effect decreases.

I don't understand the reasoning and hence the answer. Any help would be appreciated.

To start, it is important that you understand that the methyl and hydroxy groups are activating only in the ortho and para positions. For example, if I were to substitute plain phenol, which contains an activating hydroxy group, which position would my electrophile (in this a bromine electrophile) add to? You can see that the intermediary sigma complex involves a positive charge. When the bromine attacks at the ortho or para (I did not include a diagram for the para attack, but it is similar to the ortho attack) positions, it is stabilized by an additional resonance structure provided by the oxygen lone pair. In the case of the meta attack, as you can see in the diagram below, this does not happen, and the intermediate is left with one less resonance structure. 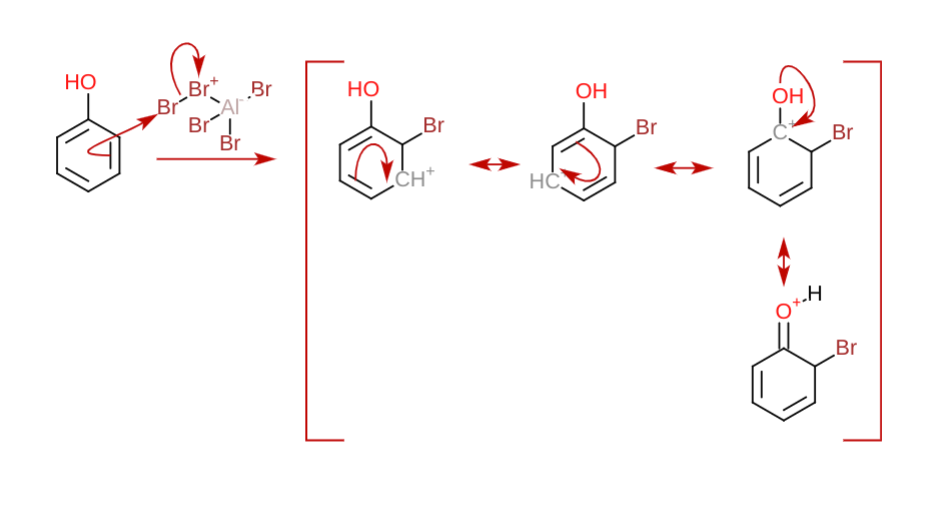 Now getting back the para and meta cresol, the meta cresol contains two activating groups 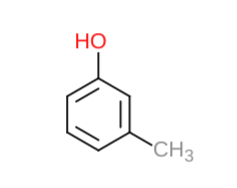 Both of these activating groups activate the same positions, so this combination of activating effect will make the meta cresol more reactive than para-cresol. In para-cresol, the two groups do not work to activate the same positions, so, no matter which carbon is substituted, it will not be activated by both groups simultaneously like in meta-cresol. 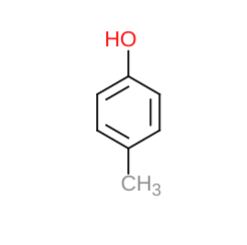 Not the answer you're looking for? Browse other questions tagged organic-chemistry electrophilic-substitution or ask your own question.