There is one reaction which is described as

I understand that the DMP oxidises the secondary alcohol to a ketone, and at the end there is an intramolecular esterification to produce the lactone, but I don't quite understand how the retro Diels–Alder reaction works. Could someone explain the reaction steps?

Here is my assessment of the mechanism. You are correct about the Dess-Martin periodinane (DMP) oxidation of 1 to 2. The resulting ketone 2 can also exist as the enols (E)-3 and (Z)-4. Any one of the three can undergo a retro-Diels-Alder-like thermolysis, but I have chosen (Z)-4 for the convenience of cyclizing ketene 5, which has lost acetone in the thermolysis. Finally, the ketene 5 affords pyranone 6. 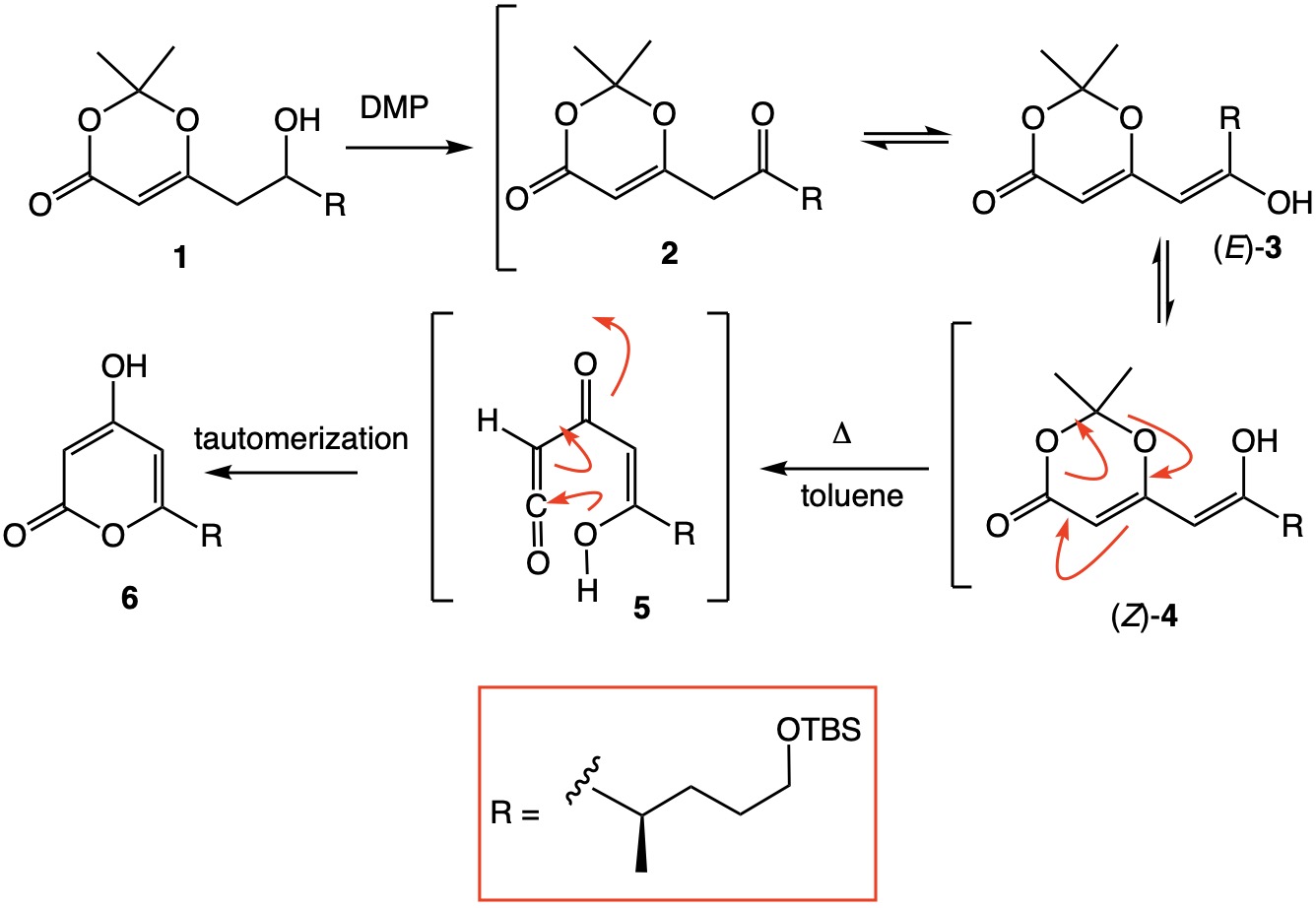 Not the answer you're looking for? Browse other questions tagged organic-chemistry reaction-mechanism synthesis pericyclic or ask your own question.

4
Diels-Alder rate of reaction
2
Mechanism of Diels-Alder reaction
3
Can vinyl alcohol react as a dienophile in Diels-Alder reactions?
13
What are the practical differences between the various DMSO oxidations (Swern, etc.)?
8
Ketone/aldehyde synthesis from N-acylazetidines or aziridines
9
On the mechanism of the nitrogen-removal step of the Wharton olefin synthesis
9
Reverse electron demand Diels-Alder
1
Oxymercuration demercuration, PCC, NaCN/HCl reaction