When Methyl D-glucopyranoside is treated with $\ce{HIO4}$, what is the amount of $\ce{HIO4}$ (in moles) consumed per mole of the sugar?

I have studied that $\ce{HIO4}$ oxidises only those vicinal diols which are cis to each other. But here only one pair is cis, so shouldn't the answer be 1?

The vicinal-glycols can be cleaved to corresponding aldehydes and/or ketones in high yield by the action of periodic acid ($\ce{HIO4}$) or lead tetraacetate ($\ce{Pb(OAc)4}$). This oxidative cleavage of a carbon-carbon single bond provides a two-step involving cyclic intermediate reaction mechanism with high-yield. A generally accepted equation for these oxidations (A) is shown below: 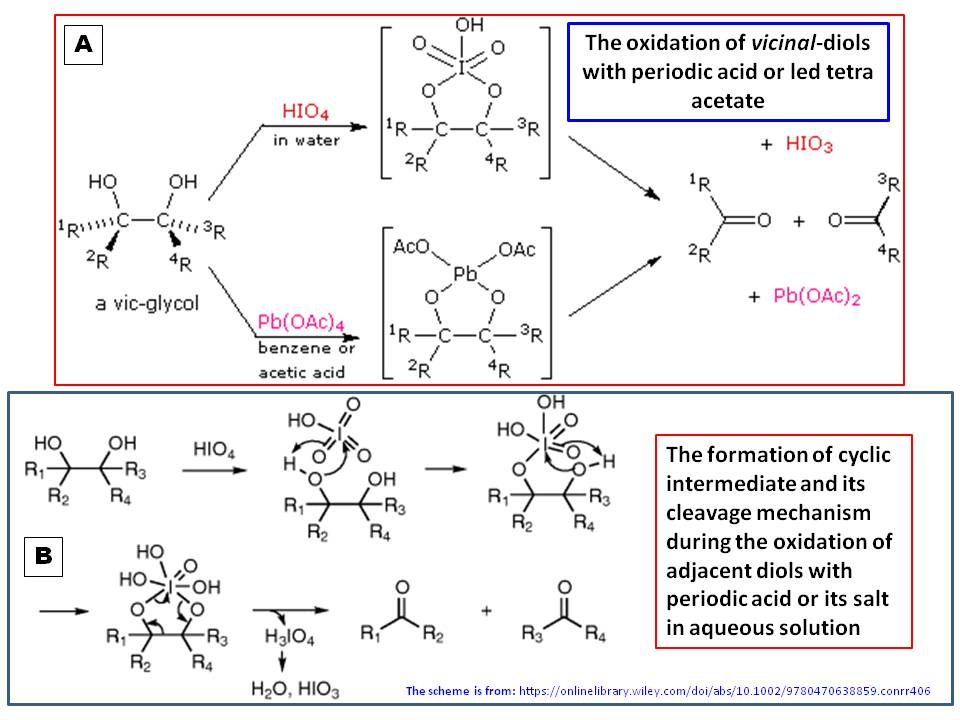 The oxidation of adjacent diols with periodic acid or its salt in aqueous solution is generally known as the Malaprade reaction. Several solvents have been used to increase the solubility of organic substrates and the reaction proceeds faster under acidic conditions. This reaction has been further extended to the cleavage of $\alpha$‐hydroxy carbonyl compounds, 1,2‐dicarbonyl compounds, $\alpha$‐amino alcohols, $\alpha$‐amino acids, and polyhydroxy alcohols, and successfully applied for structural analysis.

Both cis- and trans-glycols (e.g., cis- and trans-cyclohexane-1,2-diols) undergo the oxidation with $\ce{HIO4}$ or its salts. As a rule, cis-glycols react more rapidly than trans-glycols and there is evidence for the presence of heterocyclic intermediates as shown in the diagram (B). For example, the publication by Buist, et al. (ref.2) revealed that cis-cyclohexane-1,2-diol cleaves about 20-times faster than trans-cyclohexane-1,2-diol. However, the equilibrium between the diol and the cyclic periodate intermediate (faster first step) slightly favors the trans-isomer (the ratio of cis/trans equilibrium constants is $400:1000$; Ref.2) while the rates of cleavage of cis-cyclohexane-1,2-diol to products is much faster compared to its trans-isomer (the ratio of cis/trans rate constants is $3300:165$; Ref.2). Thus, theoretically your believe of only cis-vicinal-diols would get oxidized with $\ce{HIO4}$ is completely wrong.

Not the answer you're looking for? Browse other questions tagged organic-chemistry reaction-mechanism biochemistry or ask your own question.

5
Why is only one lone pair in imidazole delocalised?
1
Free Radical Reaction of Methane and Chlorine
29
Why are DCM and chloroform so resistant towards nucleophilic substitution?
2
Potassium permanganate oxidation of sugars
6
Comparing heat of hydrogenation per mole of butenes and 1,3-butadiene
2
Heat of hydrogenation of 1,3-substituted cyclohexanes
8
Why are hydrogen bonds in an antiparallel beta sheet stronger than those in parallel beta sheets?