Heat of hydrogenation of 1,3-substituted cyclohexanes

From these two molecules in question, (C) should be more unstable as it is in a cis-configuration. The t-butyl and methyl groups being on the same side of the ring would exert a larger steric force on each other as compared to the trans configuration. However, (D) is mentioned as the correct answer.

How is a trans-1,3 disubstituted cyclohexane more unstable than the corresponding cis-isomer? I drew the chair projections of both compounds and the cis one has both groups on the same side, which would cause 1,3-diaxial interaction as mentioned here

Each substituted cyclohexane ring (e.g., di-substituted ones here) has two chair conformers as depicted in OP's bottom diagram of methylcyclohexane (a mono-substituted one). In one conformer, the methyl group is in equatorial position (left hand structure) and the methyl group in the other one is in axial position (right hand structure). Because of two 1,3-interactions cost additional approximately $2 \times \pu{3.8 kJ/mol}$ steric strain energy, the predominant conformer is equatorial one. 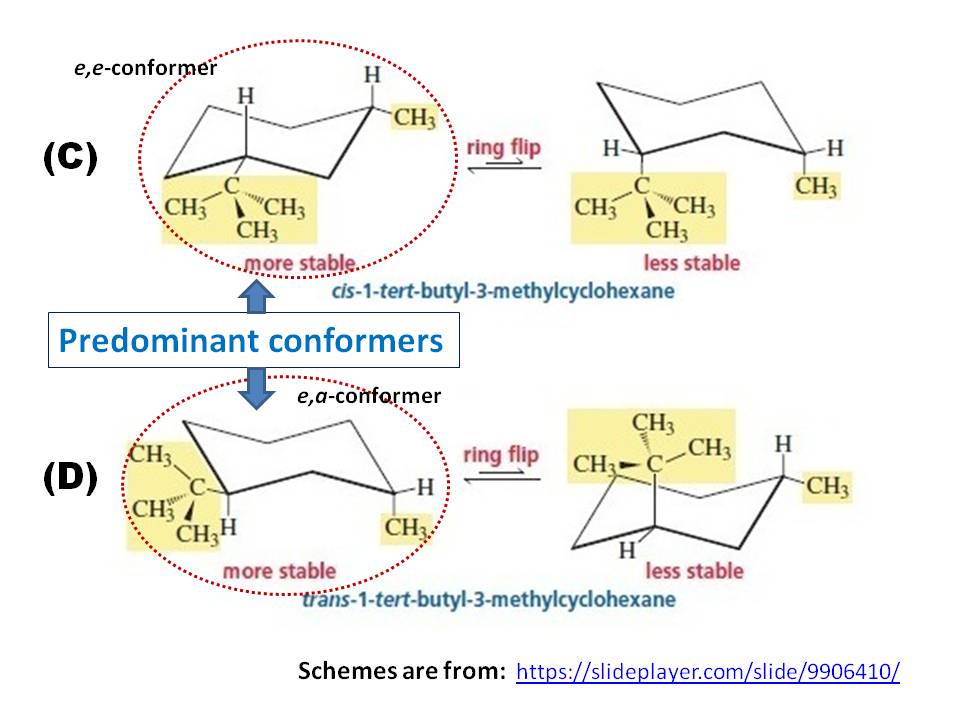 11
Effect of periodic acid on cyclohexane derivatives
4
Which has higher rate of hydrogenation - methyl propene or trans-2-butene?
3
How did they assign absolute configuration to these cis and trans 2-methylcyclohexanols?
8
Steric effect of t-butyl group on SN1 on a cyclohexane ring
5
Why 5-member rings prefer being cis-fused?