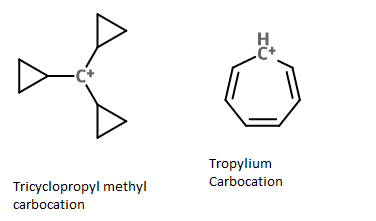 It seems likely that the tricyclopropylcarbinyl carbocation would be more stable than the tropylium carbocation for the reasons I'll outline below, but if you have a reference proving this point, it would be nice to add it to your question.

The cyclopropyl group is similar to an olefinic double bond in that it is very effective at stabilizing adjacent positive charge. The reason for this is that the $\ce{C-C}$ bonds in a cyclopropane ring are close to being $\mathrm{sp^4}$ hybridized (see this earlier answer for further elaboration of this point), said differently, there is a lot of p-character in the bond. In fact, the p-character is high enough that a cyclopropane compound will absorb bromine much like an olefin. If that cyclopropane high p-character bond (orbital) can align itself with the p-orbital on the adjacent carbocation center, it will stabilize the carbocation, just like a p-orbital on an adjacent double bond (the allyl system) stabilizes a carbocation.

Clearly, every time a cycloproyl group is added significant additional stabilization of the carbocation center occurs.

A Word about Resonance Structures 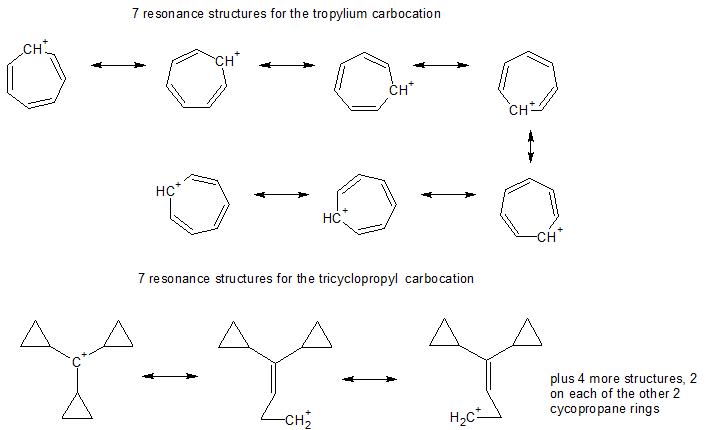 Not the answer you're looking for? Browse other questions tagged organic-chemistry stability resonance carbocation or ask your own question.