Yesterday, I performed the synthesis of anthranilic acid (also known as, 2-aminobenzoic acid. I was instructed to use the common route that is also featured on the Wikipedia page for this compound. That is, using the phthalimide I first synthesised, I dissolved in excess aqueous $\ce {5M}$ $\ce {NaOH}$ and then added an equimolar amount of sodium hypochlorite with heating. To obtain the anthanilic acid, we were asked to add into the large volume of the aqueous solution, glacial acetic acid dropwise with stirring, after adjusting the solution's pH to neutral using conc. $\ce {HCl}$. This was unsuccessful for me and many of my peers. That is to say, anthranilic acid did not precipitate out of solution even when we used a lot of the glacial acetic acid.

My friend and I suspected that the problem could be that there was just too large a volume of solution, such that the concentration of anthranilic acid is just too low. Hence, we decided to boil off some water to obtain a more concentrated solution. He used a hotplate to do so while being more impatient, I used a heating mantle, which was able to reach much higher temperatures much more quickly. Very interestingly, after vigorous boiling and giving off much acetic acid fumes, a white solid was formed as a deposit at the bottom of the flask. I then quickly filtered this greyish solid and performed a recrystallisation using water as a solvent on it. I obtained a white seemingly pure solid as the end product.

Not many of us obtained products yesterday for the practical. Even among the three of us who obtained products, the colour of our products varied with the other two getting products which looked slightly greyish and brown. Likely due to the presence of some impurities as the Wikipedia page does say that the pure anthranilic acid product should be a pure white colour. 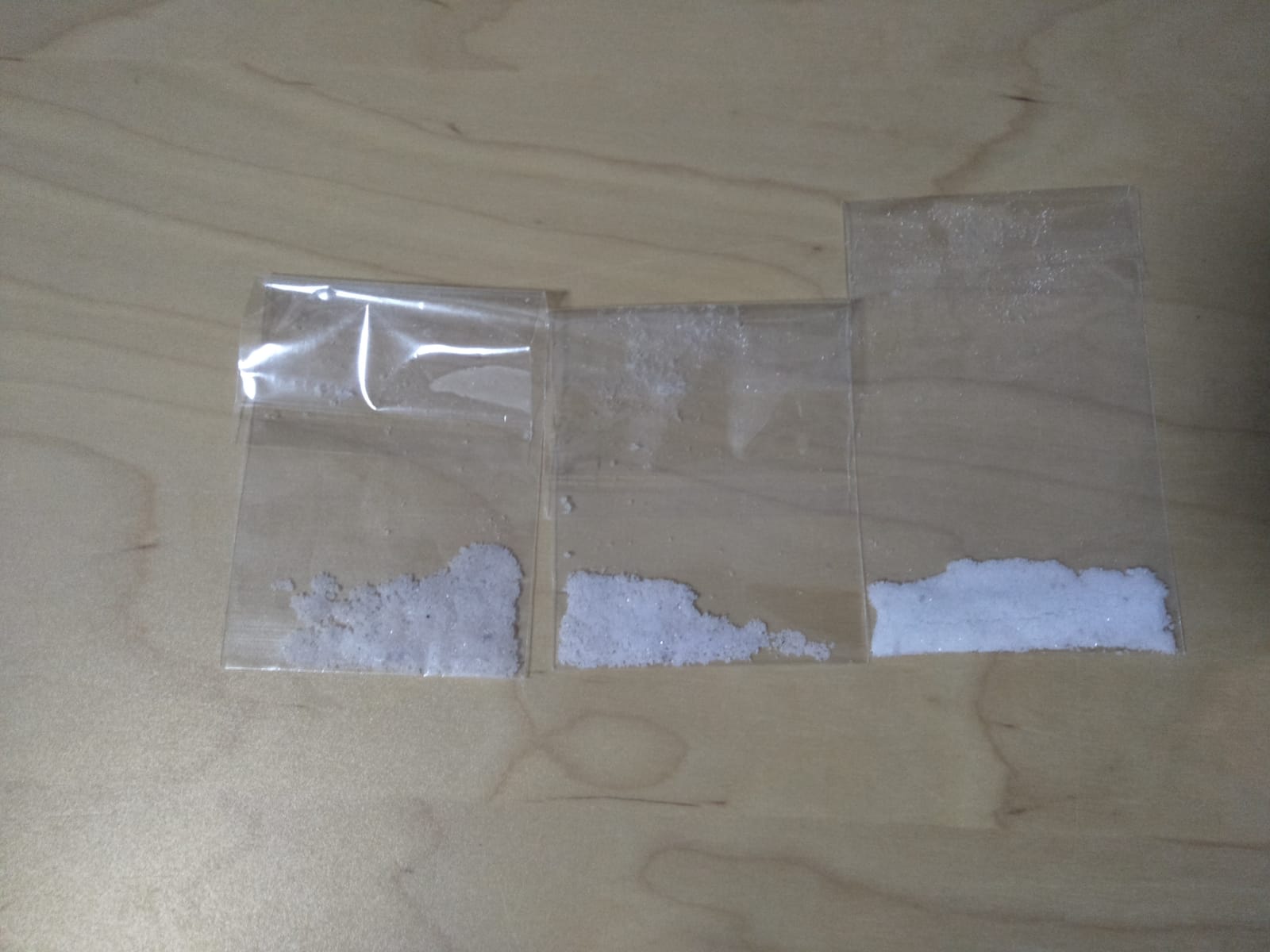 The above image shows what I believe to be the most pure product on the right and the purity decreases from right to left.

I would like to ask some questions regarding this procedure I have conducted. Firstly, I believe I saw some benzoic acid crystals in one of my reaction flask, just a small amount at the bottom of the flask after I transferred the contents into a beaker. This was after the hypochlorite addition step. Could it have been one of the possible side products?

Also, how likely is my product actually anthranilic acid? It seems strange that the product crashed out of solution during the violent heating process. Although anthranilic acid is less soluble in water than benzoic acid, this is still rather unexpected.

Browse other questions tagged organic-chemistry synthesis or ask your own question.

3
Synthesis of indigo from anthranilic acid - reaction not taking place
3
Failed esterification of 1-butanol and ethanoic acid
0
What are potential sources of low recovery in this acid-base extraction experiment?
5
Sulphuric Acid in Esterification Reaction
3
Synthesis of P2NP
2
Synthesis of Aspirin, made unknown fluid
4
Why did ammonium chloride fumes turned pink in this synthesis?