Synthesis of Aspirin, made unknown fluid

When I tried synthesising aspirin, after quenching and cooling it I noticed a translucent, milky, white fluid floating in the solution. 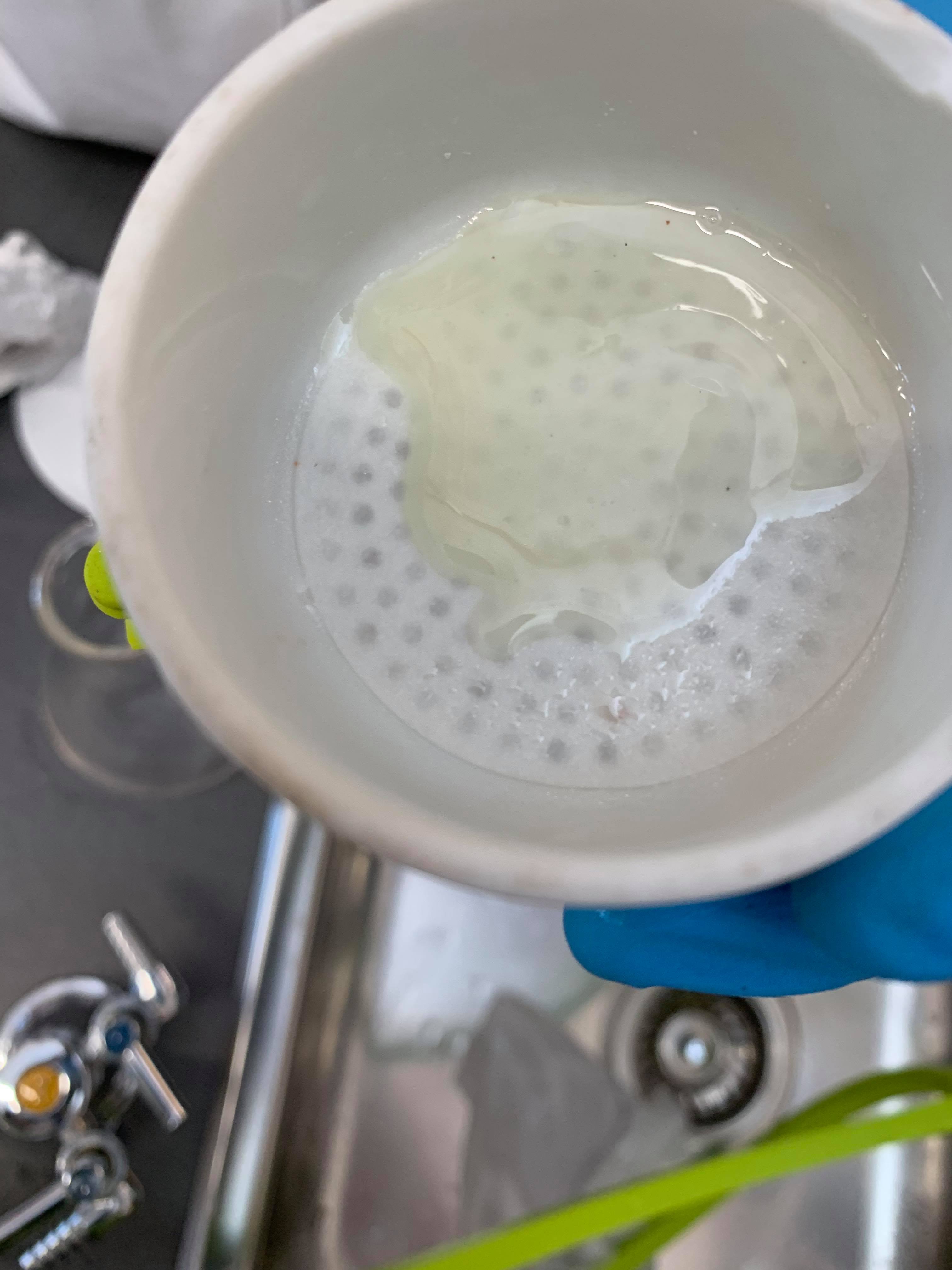 The method used was:

When the solution was filtered only that fluid remained as the residue. Another person also had the same problem but said they got rid of the fluid by scratching the side of the flask with a stirring rod after taking it out of the ice bath. Could someone please explain what it is?

organic-chemistry experimental-chemistry
Share
Improve this question
edited May 30 '19 at 11:28

Often, acetylizations are performed with acetic anhydride being deployed both as reagent, as well as solvent. Consequently, acetic anhydride is used in excess when referring to the number of $\ce{-OH}$ to react.

The second point is, albeit its high melting point (136 $\mathrm{^\circ{}C}$), the crystallization of aspirine equally takes some time, too. Crystallization of organic materials from water may demand some more attempts prior to success than from organic solvents, too. Cooling the mixture often will lower the solubility of your product in the solvent, however, if cooled too quickly to too low temperatures you may obtain either just a glassy gel / syrup instead of a solid easy to filter off, or a solid that has to be recrystallized to purify it further. Scratching the inner walls of the beaker with a glass rod intends to create fresh sites where crystallization may start.

For peracetylating glucose with acetic acid, for example, it is not too strange to stirr the quenched reaction mixture with an excess of water over night at room temperature to convert the initially "honey-like" product into a good solid.

9
Belousov-Zhabotinsky reaction: questions about rate determining step, k and activation energy
3
Proper disposal of calcium hydride/calcium hydroxide
3
Questions regarding the preparation and recrystallisation of methyl 3-nitrobenzoate
0
questions about the synthesis of iodobenzene from aniline
0
How to improve efficiency of the diamine synthesis from fluorescein?
4
Theory behind Experiment: Extraction and Identification of DNA