The Wikipedia article about trimethylsilanol says the following:

Why is it so? A silicon atom is more electropositive than a carbon atom, therefore the conjugate base should be more destabilized by the +I effect of the $\ce{Si(CH3)3}$ group compared to the $\ce{t-Bu}$ group.

The involvement of d-orbitals in the stabilisation of silanol anions is minimal. The ions $\ce{H3CO-}$ and $\ce{H3SiO-}$ were investigated by Hopkinson and Lien,1 who concluded that:

Silicon is a more electropositive element than carbon and consequently the silyl group might be expected to be an electron donor. As such the silyl group should stabilise cations and destabilise anions. However, ab initio molecular orbital calculations show both the α-silyl and β-silyl to strongly stabilise anions and to weakly destabilise cations. Inclusion of d orbitals on silicon does not significantly alter these conclusions. This contradictory behaviour can be largely understood in terms of n $\to$ π* delocalisation from the lone pair to π* of the silyl group.

These π* orbitals are antibonding orbitals derived from linear combination of Si 3p and H 1s. A partial MO diagram for the $\ce{H3Si}$ fragment is provided here (from the same paper): 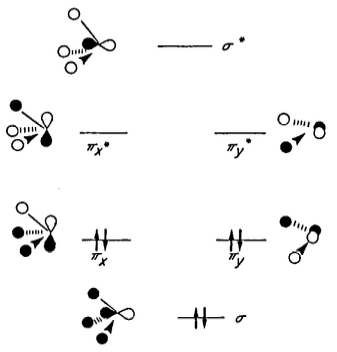 However, there isn't a thorough explanation of why the energy levels are so. I would surmise that there are two factors: one is the fact that Si–H overlap is poor, compared to C–H overlap. Therefore, Si–H antibonding orbitals are lower in energy than C–H antibonding orbitals, and can act as better acceptor orbitals. Another factor (and one commonly taught in textbooks) is that since Si is more electropositive, the π* orbitals have a larger coefficient on Si; the π* orbitals of the $\ce{H3C}$ fragment have a smaller coefficient on C.

Now, this explanation can be easily extended to the methylated compounds $\ce{Me3CO-}$ and $\ce{Me3SiO-}$. Due to the poorer acceptor capability of Si–C antibonding orbitals, we expect the factors above to play a smaller role in the preferential stabilisation of the silicon anion. As such, the difference in $\mathrm pK_\mathrm a$ between $\ce{X3COH}$ and $\ce{X3SiOH}$ should be smaller when $\ce{X = Me}$ compared to when $\ce{X = H}$.

Is there a way to test this? A crude analysis is as follows. I will take the value of $\pu{27.6 kcal/mol}$ given by Hopkinson and Lien1 for the reaction

The topic of negative charge stabilisation by silicon has been studied much more thoroughly in the context of carbanions, because they are synthetically useful species (e.g. Peterson olefination). In this context, Schleyer et al.2 also conclude that d-orbital participation is negligible. The myth of d-orbital participation in main group bonding has been thoroughly debunked decades ago,3 so it is regrettable that it is still being taught nowadays.

You are correct in saying that Carbon is more electronegative than Silicon, but due to presence of empty 3d-orbitals in silicon, it can engage in back bonding with the lone pair of oxygen.

(Following is a crude example of back bonding) 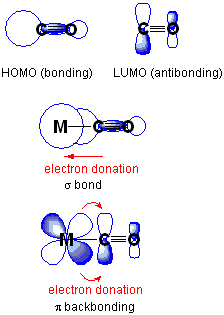 This leads to delocalisation of the negative charge lending it a stability comparable to that of resonance, resulting in Trimethylsilanol being a better acid than tert-butyl alcohol.