What's the reddish powder that oozes out of a black rock?

As an artist, some of the work I do involves the use of seashells, sea rocks/stones, etc. I picked up a black rock from shore at one of the beaches here in Florida and it looked somewhat clumpy with other rocks and debris encrusted on it. As I do with everything I collect, I thoroughly washed all the rocks with fresh water and then placed them in a bucket filled with water and a good dose of bleach.

After drying the rocks, I noticed that the black one had small, reddish, powdery pimples all over it. It looked odd, so I broke the rock in half with a hammer,but there was nothing red inside. It actually looked like carbon, but the rock isn't brittle or powdery. I stuck the two halves back in a bucket, filled it half way with water, and them put more bleach in it. The water turned dark, almost muddy, and a reddish, almost gelatinous precipitate appeared and it was quite a bit of it. Any idea what the heck is in that rock that can cause that? I didn't notice any odor other than the bleach, albeit the rock did smell a bit sulfury. Any idea what I have soaking in the bucket?

Is your rock magnetic? It might not be, but what you are reporting sounds like iron oxide (i.e. rust), and so your rock could be an iron ore like taconite, or even magnetite. Such an ore could look like carbon. Even if not magnetic, it could still be an iron ore.

Your rock most likely had minerals with Fe(II) in them. These minerals are usually dark coloured, so I wouldn't be surprised that the rock was black. One famous example is basalt - a black rock with lots of Fe(II) in it. Here's a picture of a basalt-like rock: 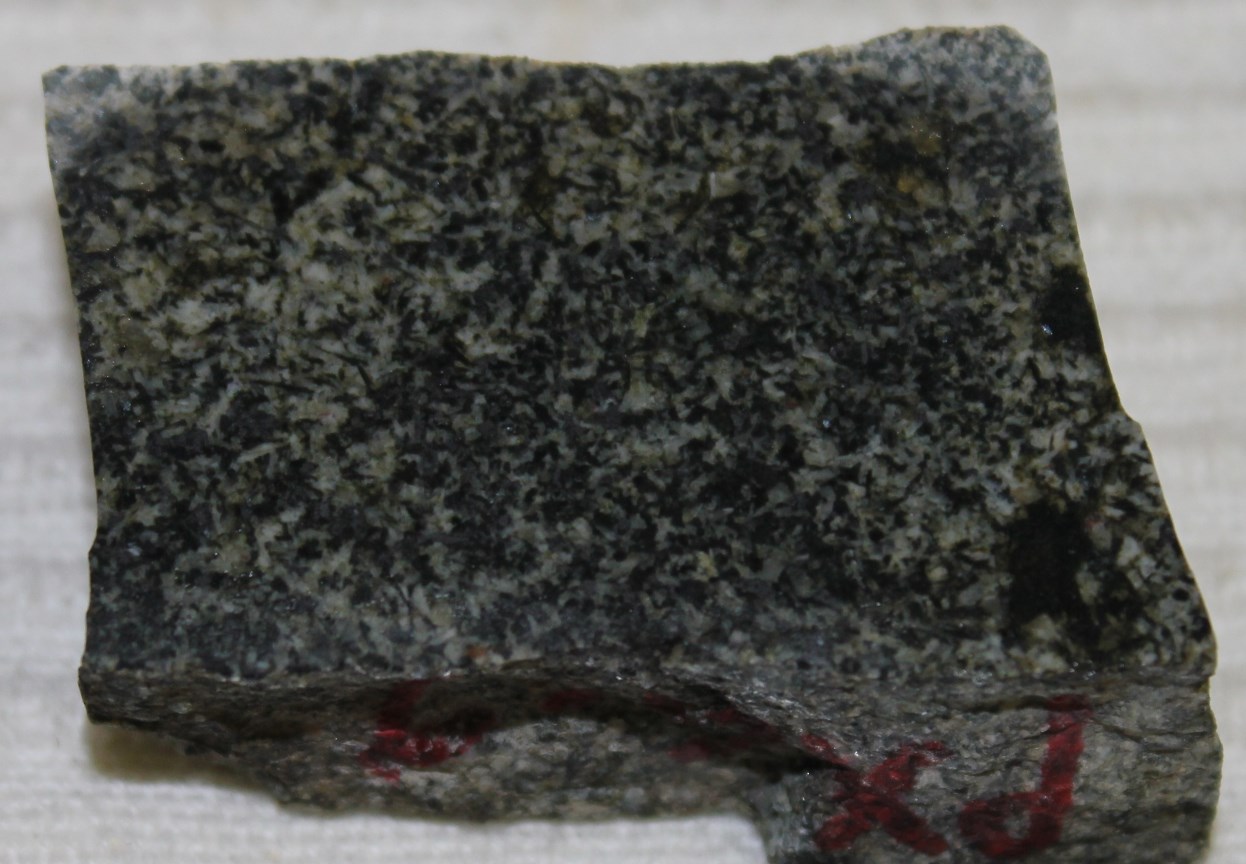 Some of these minerals are olivine ($\ce{(Mg,Fe)2SiO4}$), pyroxene ($\ce{Ca(Mg,Fe)Si2O6}$) and amphibole ($\ce{Ca2(Mg,Fe)5Si8O22(OH)2}$). You also state that the rock smells a bit sulfury. This is a bit hint that some of the minerals you had in the rock are sulfides such as pentlantide ($\ce{(Fe,Ni)9S8}$), pyrrhotite (ideally $\ce{FeS}$) or chalcopyrite ($\ce{CuFeS2}$). By adding bleach (an oxidiser), you're basically taking this Fe(II) and oxidising it to Fe(III), which binds with abundant water in the bucket to form a compound commonly known as rust. The sulfur is then oxidised to gaseous $\ce{SO2}$ that gives that odour.

You're basically making a small scale version of a very serious environmental problem, acid mine drainage: 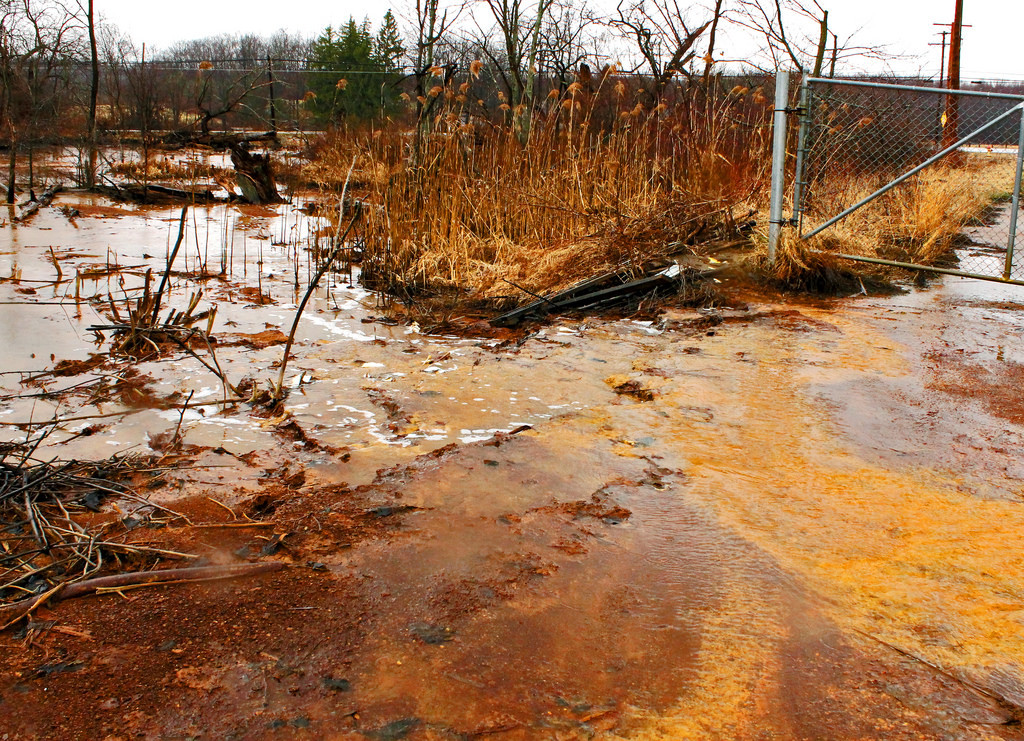 13
What's that tangy smell on cheap plastic?
7
What is the formula of bleaching powder?
3
What is the composition of the oil-like fluid that seeps out of dry-cells over time?
1
How can chemists distinguish pure chemical element specimens that look almost "the same" as well as what deposit is what in a multimineral mined rock?
1
What's the most effective way to reliably trigger and observe hard water scale buildup at a micro level?
1
What's the difference between Zinc Ascorbate and Zinc Gluconate?