What is the cause for Crystal Field Splitting Parameter? 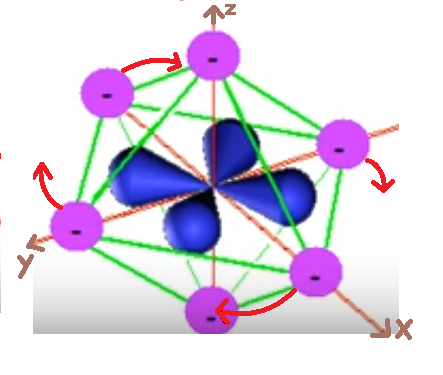 According to this theory ligands are considered point charges. These points acquire positions as those you've presented above. This leads to some d orbitals being closer to the ligands. That means that a higher amount of energy is needed for an eletron to be placed there, because it would be closer to the negative charged ligand.

However, which orbital is going to be more affected, is a matter of an "agreement" you may say. In order to be easier to explain situations, structures etc it is inclined to use a conformation such as the one you've shown. It would be much more difficult to discuss matters if everyone considered different naming and configurations.