How does spin flipping of triplet carbenes occur?

Below is presented a page from Clayden Organic Chemistry 2ed. 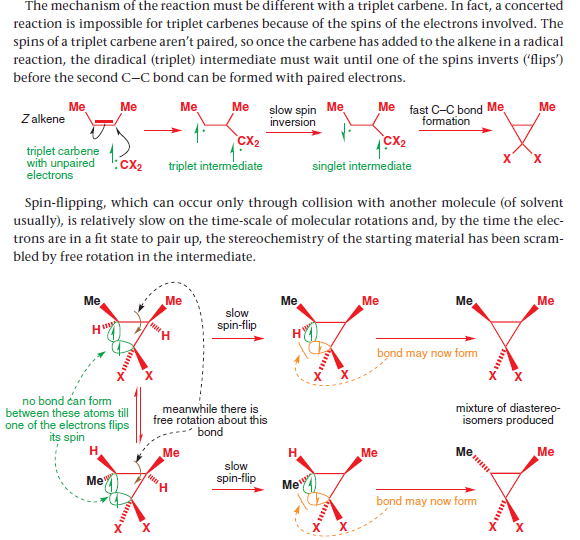 How and why does the spin flipping during the collision with solvent molecules actually occur?

In these reactions you are not observing optical transitions between singlet and triplets, but the interconversion of a triplet to singlet state in competition with rotation of part of the molecule. Only in the singlet can a bond be formed as now each electron has a unique set of quantum numbers. As no photons are involved it is necessary for the triplet and singlet levels to become effectively equal in energy before a transition can occur. Thus there has to some kind of perturbation for this to happen and this has to accommodate one unit of angular momentum change, the difference between singlets and triplets.
It can be useful to visualise singlet & triplets with a vector model. This is shown below. The arrows show the spin vectors of the two electrons in a triplet and singlet state. 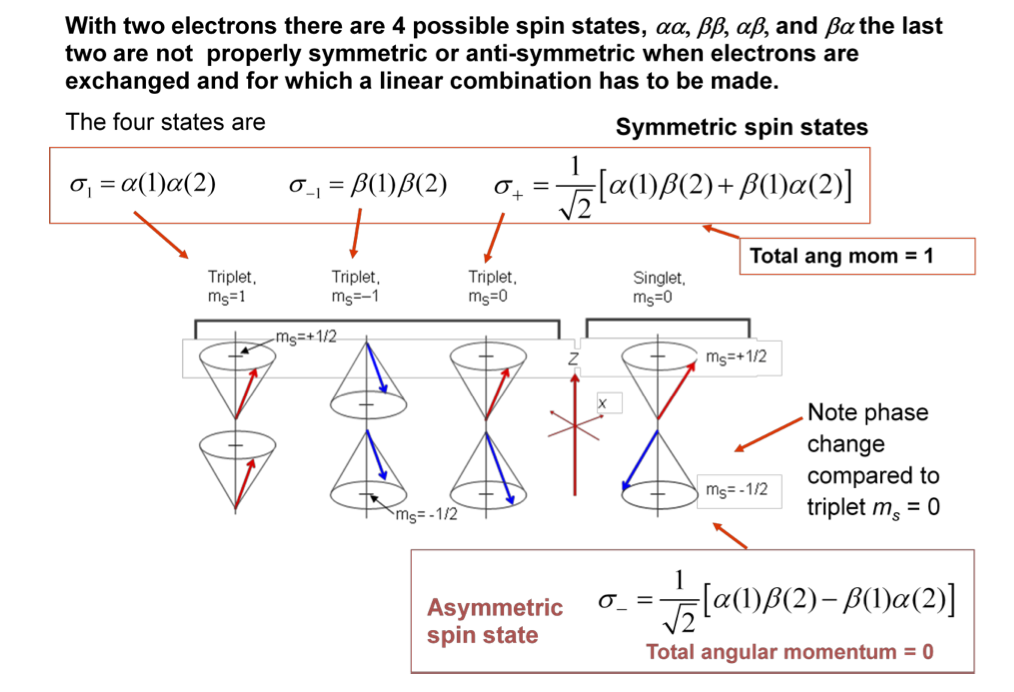 The triplet state corresponds to the three images on the left and the singlet to that on the right. If you look at the triplet with $m_s=0$ you will see that to convert it to a singlet all that is needed is a re-phasing of the spins from parallel to anti-parallel.
In the diradicals you study, the electrons are rather distant from one another thus their interaction is weak, and the difference in energy between singlet and triplet small. This means that only a small perturbation can cause a crossing between levels. This can, for example, be produced by an external magnetic field which raises and lowers different triplet energy sub-levels and so reach the singlet's energy. A nearby solvent molecule can produce this energy perturbation as it also has electrons and it will be diffusing by rotation and translational motion, i.e. producing a time and spatially varying magnetic field.
Similarly the diradical is rotating with whole body motion as are segments of it and in doing so presents different orientation of the electrons to the earth's magnetic field which may also induce changes in energy levels and triplet-singlet crossing. These interactions will also have to involve orbital angular momentum.
The time scale for rotation will be sub-nanosecond (in most normal mobile solvents) but only occasionally will a perturbation occur at the same time as the groups are proximal, because segmental rotational diffusion will mainly keep them apart, and the low frequency of perturbations of sufficient magnitude and the geometric requirement just mentioned are likely to make the reactions slow.

12
Why are d-d electronic transitions forbidden and weakly absorbing? Why do they occur at all?
3
Methylene "anti" Jahn-Teller effect
2
Sum of spins of electrons in a wavefunction
2
What are the microstates of the triplet oxygen molecule?
2
Direction of spins in the singlet vs. triplet state
0
Singlet or triplet carbene
1
How fast do electron's quantum spin flip?
0
Which is more stable? CF2 (singlet) or CF2 (triplet)

7
What is the result when the polarity of the solvent is increased in nucleophilic substitution?
7
Why does the opening of an epoxide occur via an Sn2 like mechanism when using a methanoate ion as a nucleophile and methanol as a solvent?
2
How does PCC not oxidize aldehyde?
2
How can nucleophilic substitution happen at the sp²-hybridised carbon of 4-chloropyridine?
4
Why does a methyl shift occur during the pinacol-pinacolone rearrangement?