Can uranium be used to color aluminium oxide based gemstones, and/or diamonds?

Re-hosting this question from Physics to Chemistry, lightly edited.

Rubies and sapphires are chemically equivalent to the mineral corundum, with the exception of transition metal impurities that impart different colors to the aluminium oxide. Uranium is not a transition metal, but it can be used as a coloration admixture with silicon dioxide, and exists in various oxide forms.

Can uranium be used as a coloration impurity for 1) aluminium oxide based gemstones and/or 2) diamonds? If uranium cannot chemically bond with the substrate, then the ability to produce a consistent heterogeneous mixture, e.g. by suspending uranium oxide dust in molten aluminium oxide during the process of flame fusion would be a satisfactory answer in the affirmative.

It's not quite alumina, but uranium(VI) oxide compounds have been used to color glass:

Oxides and uranates of uranium(VI) have been used in the past as yellow ceramic glazes as in Fiesta and to make yellow-green uranium glass.1 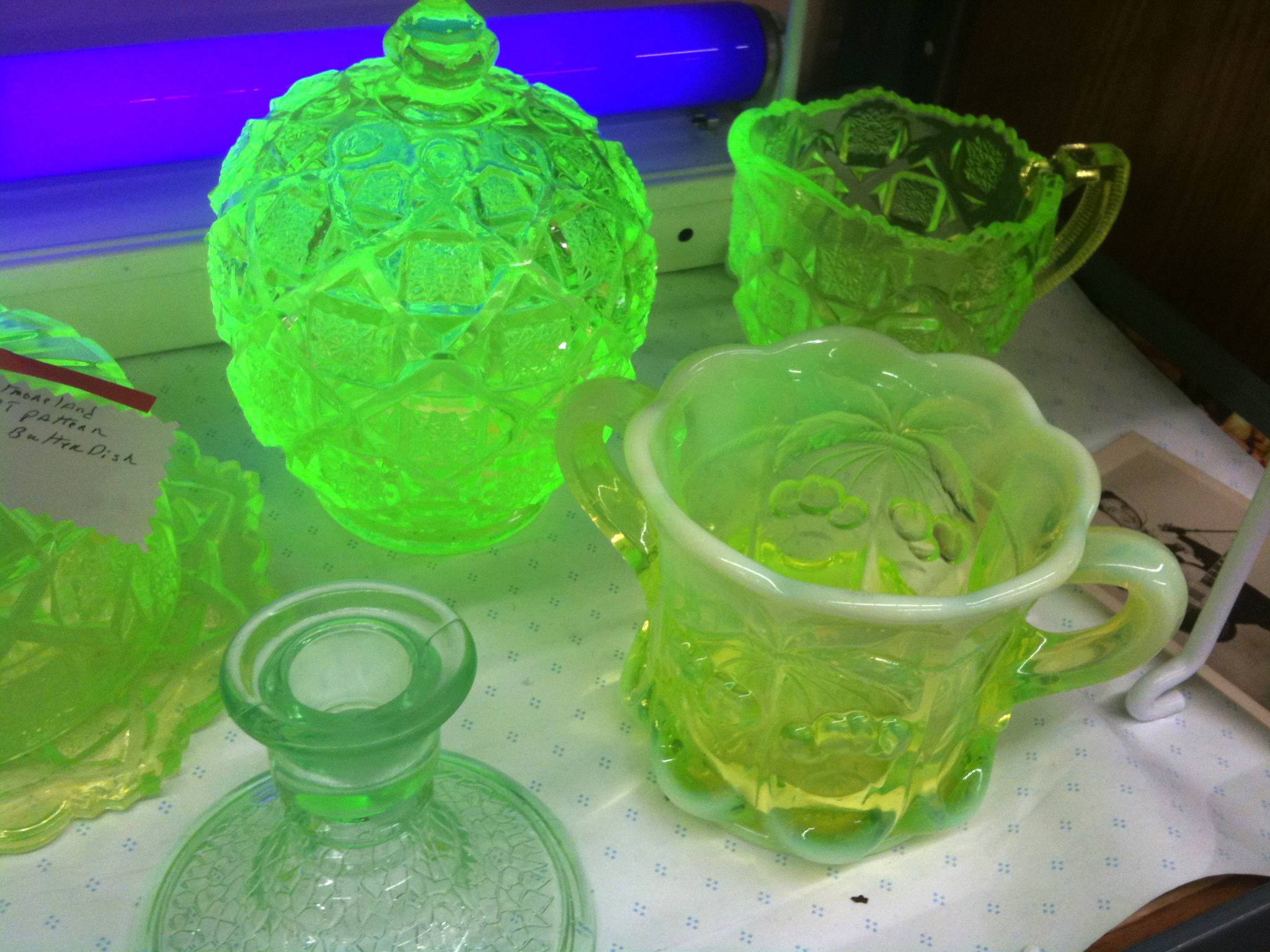 Both of these applications are abandoned due to concern regarding radioactivity of the uranium.

Not the answer you're looking for? Browse other questions tagged physical-chemistry materials recrystallization oxides or ask your own question.

5
Do dark lines on porcelain dishes indicate usage of aluminium for the color?
1
Why is the combination of hydrated aluminium oxide and magnesium hydroxide used to treat heartburn?
5
Does aluminium oxide ionize after melting point?
6
Why is Aluminium oxide amphoteric?
5
What is/was "uraneous oxide"? Was it an accepted name for a compound or mixed oxides of uranium?