Water getting hotter once frozen?

I packed a fridge with temperature sensors and took over the temperature control in order to have extra cold beer.

One of those sensors is submerged in the middle of a container containing a 4.5% seltzer so I can get an idea of the temperature inside the surrounding beer cans.

This submerged sensor is the yellow curve at the bottom: 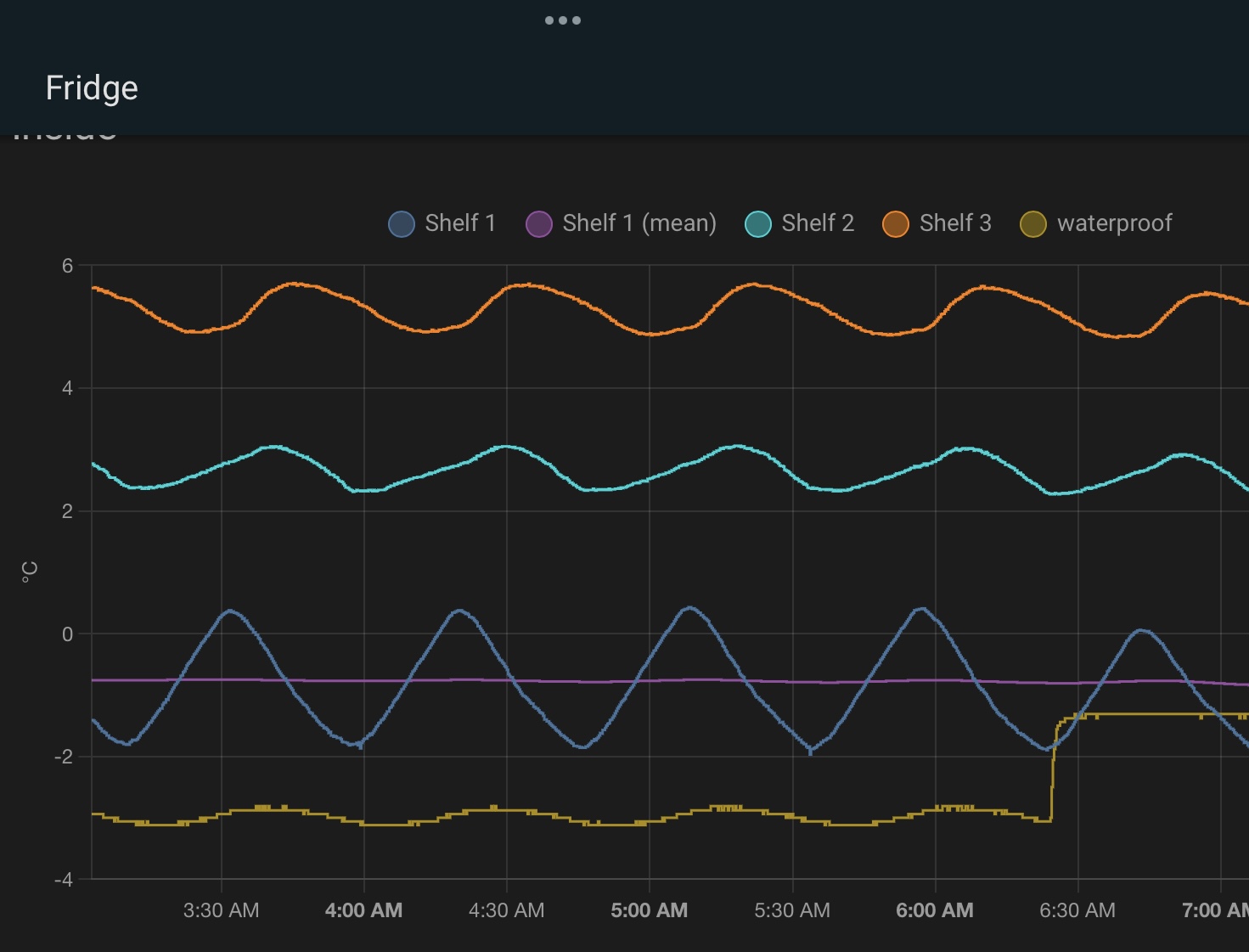 I'm trying to explain what happened around 6:25.

This morning I saw that it somehow raised in temperature abruptly and it's now in this jelly/half frozen state.

I'd like to know why this really sharp raise in temperature. Is this how freezing works?

I'm speculating, but it's possible this is what happened:

I'm guessing that your seltzer lost enough $\ce{CO2}$ and alcohol for its freezing point to exceed $\pu{-3 ^{\circ}C}$. When that happened, the seltzer, which was at $\pu{-3 ^{\circ}C}$, entered a "supercooled" state (meaning it was now a liquid below its freezing point), and thus started to freeze. When a substance freezes, it releases thermal energy (you have to add thermal energy to melt something; freezing is simply going in the opposite direction). That could be what caused the temperature jump.

It sounds like its freezing point is now $\pu{-1 ^{\circ}C}$, and the "half-frozen state" you are seeing is phase coexistence between ice and the remaining sugar-water solution.

I don't know why you're seeing the "jelly-like" consistency, but it could be from the dissolved sugars and malted barley left behind in the water as the ice forms.