This can be explained through a graph depicting the distribution of speed among water molecules worked out by Maxwell and Boltzmann. 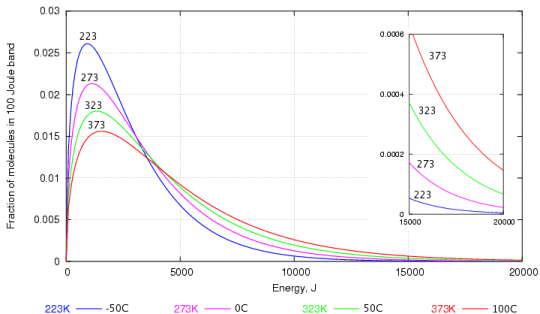