Can you reflux without any problems/dangers with a tilted condenser (e.g. because you don't have enough space in your fumehood)? I would say there isn't a problem, because both the surface area of the refluxed liquid and the length of the condenser (and thus the length of the trajectory of the water flowing through the condenser) remain unchanged. Is this thought correct?

This is my current setup 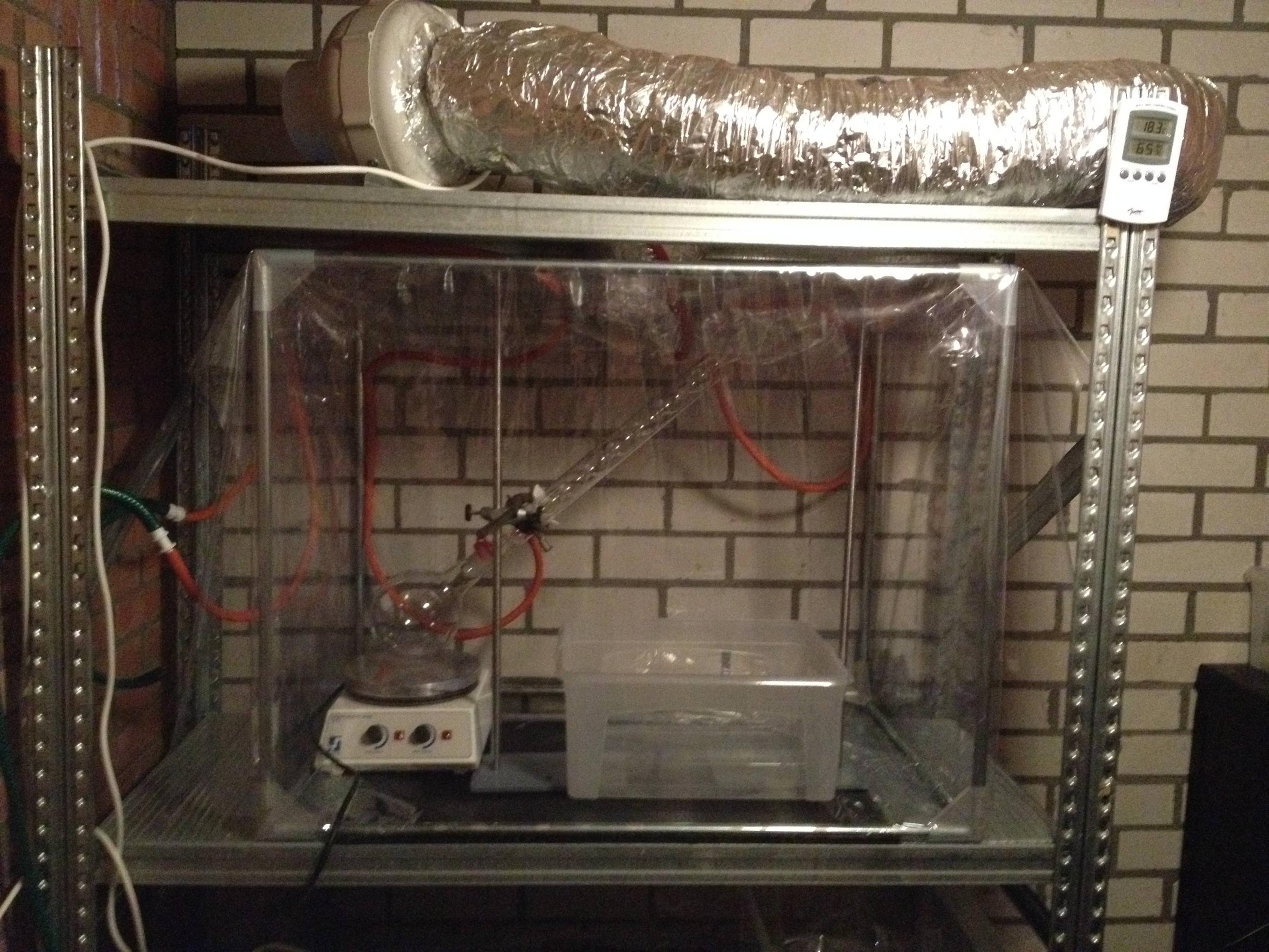 Also you should use countercurrent exchange right?

As long as everything is clamped and balanced - so that there isn't excessive weight on the joint connecting the flask to the condenser - the system should be OK. After all, many rotary evaporators have the flask plus condenser tilted at an angle. 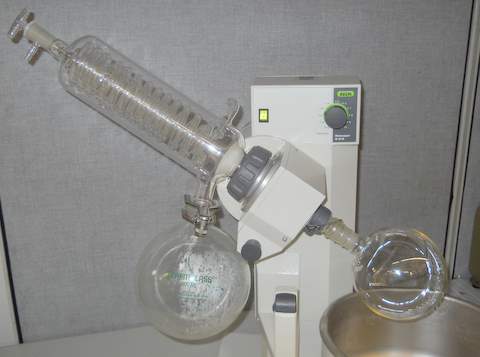 I can think about three problems in the case

1) Glass is fragile, so if any significant load falls onto flask's or condenser's necks, it is a risk. Thus, the condenser should be light and have separate support, and the flask should have a second support for bottom or have a very small load (say, if it would be more than 100 g, I would hesitate.)

2) even round-bottom flasks does not necessarily have a perfectly spherical bottom, so fast stirring is absolutely out of question, and even gentle stirring for medium loads is not good.

3) If highly tilted, Allihn condenser may trap significant amount of liquid in its spheres. Dimroth and Inland Revenue condenser may trap some (little) amount of solvent on their coils too. Dimroth condenser MAY be used for refluxing even if should not ideally, and for solvents with high BP (say, toluene) should be OK. In fact, in case if violent reaction may occur it is PREFERABLE to use condenser with low internals resistance to straight float so the stream of boiling reaction mixture runned through the condenser in did not lift and smash it or teared the flask apart.

Support notwithstanding, those water hoses indicate the device is a Graham condenser, in which case it should always be vertical. Perhaps a Dimroth condenser would be better employed here.

38
Choosing the right condenser
3
How do you dry a Graham condenser?
10
Water flow in condenser
0
Is the condenser for a Soxhlet extraction left open on top
0
How to attach a liebig condenser to a flask for reflux heating?
4
Name of round piece of glassware with thin neck?
4
Preparing an inert atmosphere reaction vessel with only an input?
6
Kipp's apparatus with powders
1
Soxhlet extraction condenser - addition of compound to refluxing setup