In stellar nucleosynthesis, how is helium produced from a protium atom that has no neutrons?

In the process of stellar nucleosynthesis, the helium comes from deuterium ($\ce{^2H}$) produced through the Proton–proton chain reaction (P-P 1).


Here's a diagram from Wikimedia Commons depicting the process: 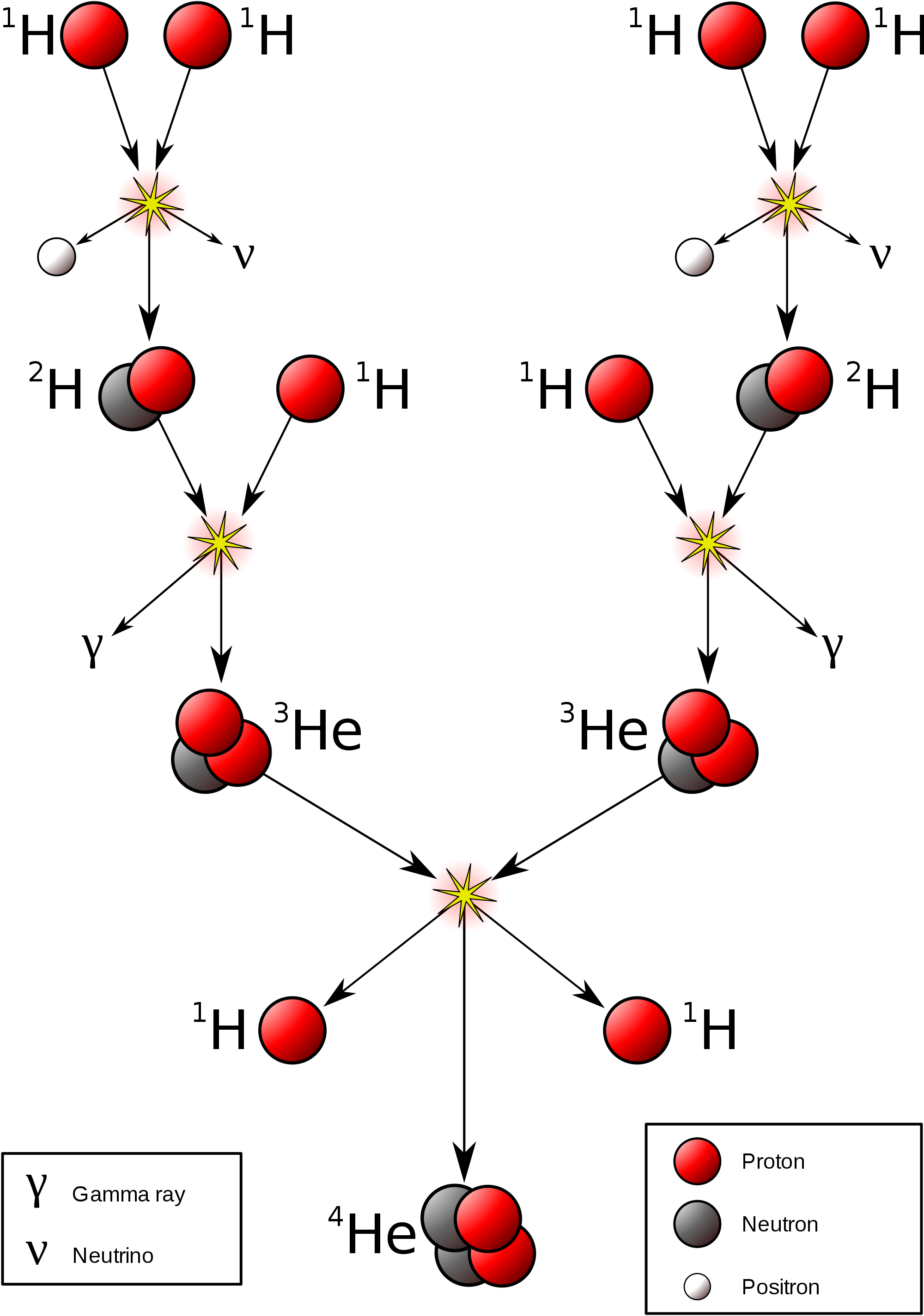 Not the answer you're looking for? Browse other questions tagged hydrogen protons nuclear-chemistry astrochemistry neutrons or ask your own question.

8
Why is there no neutron in protium?
2
Emission Spectrum of Hydrogen and Helium?
2
How can difference in neutron number cause a difference in ionisation enthalpies?
2
In helium-2, would each electron experience a single positive charge from the nucleus?
0
Can neutrons be ejected from an atom?