I would like to know if it is possible to add alkyl groups in α,β-unsaturated carbonyl compounds by using secondary amines. 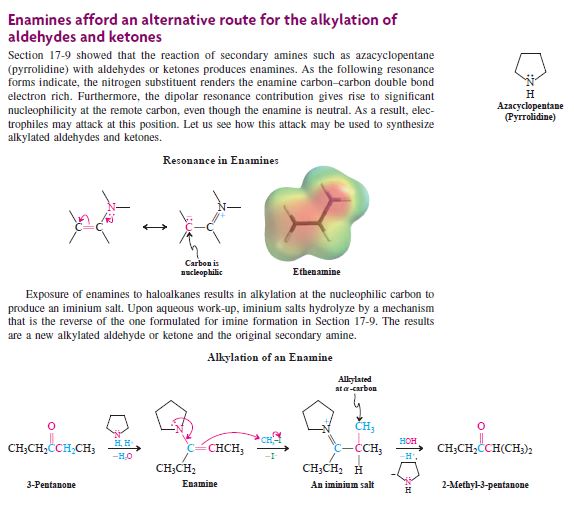 If I understand the question correctly (I do not have the book), it goes like this:

In short I would say that it is not possible to perform the reaction in question in the same way with the Stork enamine alkylation simply because—due to the α,β unsaturation of the ketone—the enamine can not be produced with pyrrolidine. Also, I performed a Reaxys search and found no relevant results. (Of course, I might have missed something.) However, I did find a couple of interesting reactions between cyclohexenone and pyrrolidine which I submit below for completion: 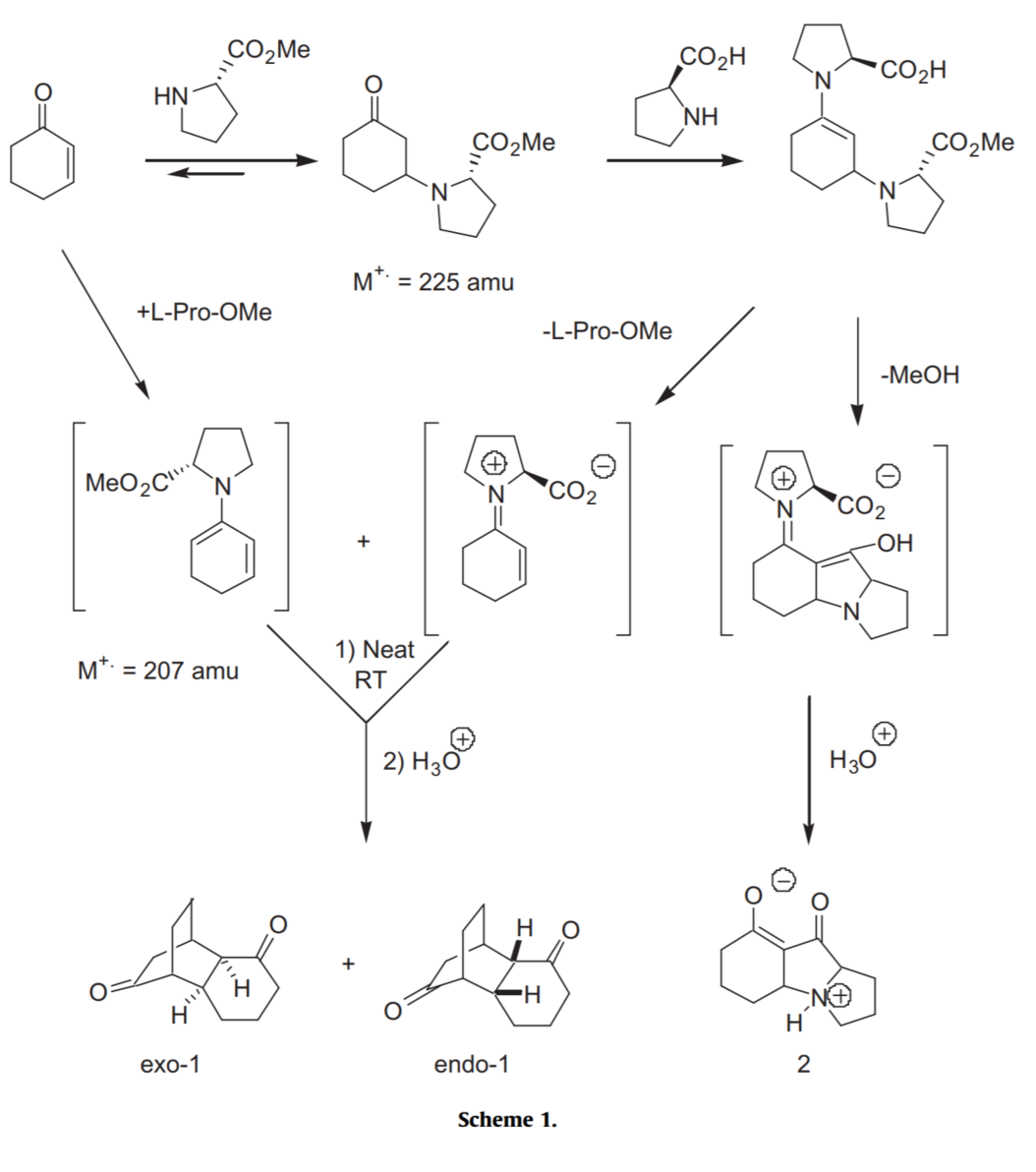 I think that adding alkyl groups to $\alpha$ - $\beta$ unsaturated carbonyl compounds are possible through Enamine synthesis by Secondary amines. But the alkylation will be at the $\alpha$ and $\gamma$ positions as follows.
For simplicity, if we take the corresponding carbonyl compound as Cyclohex-$2$-en-$1$-one, the plausible pathways for alkylation are as follows, 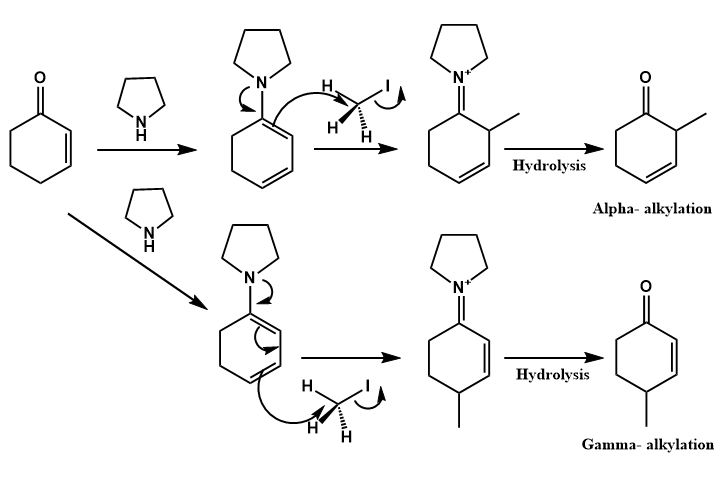 Now, the first step of forming an enamine is already reported. The link for the JACS paper is https://pubs.acs.org/doi/pdf/10.1021/ja061104y .
In this paper, preparation of enamine (by using S-Proline as a secondary amine) of similar kind of $\alpha$ - $\beta$ unsaturated compound has been reported. One of the major reaction in this paper is the following,

Thus it is confirmed that such kind of doubly conjugated enamine formation is possible. The remaining two steps for $\alpha$ - alkylation is also reported earlier. For details, see the paper
https://onlinelibrary.wiley.com/doi/pdf/10.1002/recl.19881070906
Here they have done the following reaction related to this context,

Here $\gamma$ alkylation was disfavoured to preserve the aromaticity of the benzene ring.
But in general, $\gamma$ alkylation forms again a conjugated carbonyl compound, and hence forms the thermodynamically more stable product. So,$\gamma$ -alkylation is more favoured at higher temperature, whereas the $\alpha$ -alkylated product is a kinetic product.
Thus, it is also possible to do alkylation of $\alpha$ - $\beta$ unsaturated compound using a secondary amine, but those alkylation will be specifically in $\alpha$ and $\gamma$ positions (not on $\beta$ positions).