What does “dep” mean?

I'm looking at some data with substrate concentration on the $x$-axis and $k_\text{dep}$ on the $y$ axis. What does $k_\text{dep}$ mean? I understand that it must be a rate of some kind but what is the significance of the 'dep' part?

The data I'm looking at can be found in Fig. 9 in this paper (PDF): 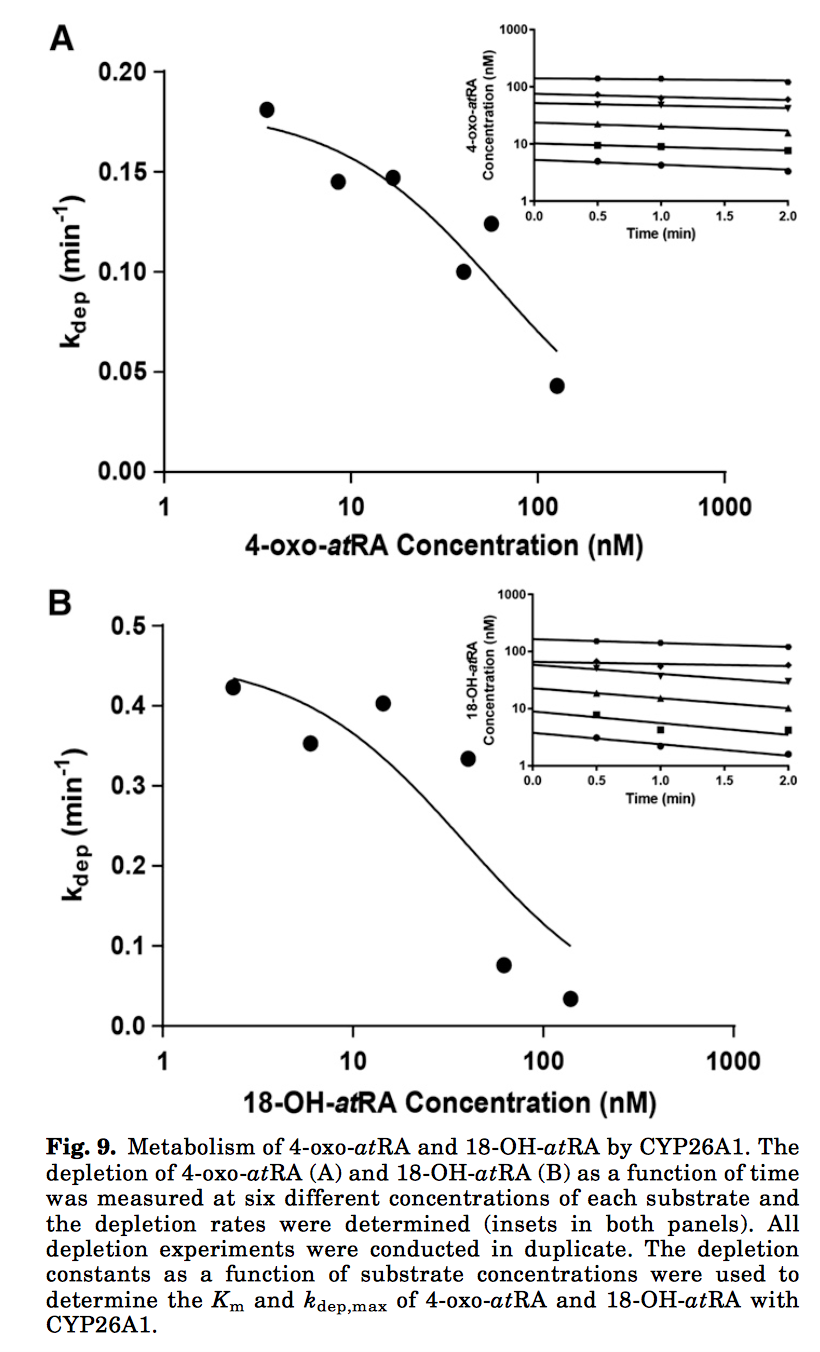 Essentially this is a dose response curve for a substrate and enzyme. I suspect $k_\text{dep}$ is simply the rate but why $k_\text{dep}$ and not just $k$?

The "dep" probably stands for "depletion": read the paper you linked to for more context. Often times, subscripts on rate constants are used to refer to which reaction in a system of multiple reactions. You'll see $k_1$ and $k_2$ for rate constants of "reaction 1" and "reaction 2", etc.

10
How can enzyme/substrate reactions that adhere (largely) to quantum theory also require 'Newtonian' consideration of gravity?
24
What are some good examples of rate equations for a math class?
6
What is reactivity really, and can it be quantified?
1
Determining k value of a Reaction
1
Enzyme-Kinetics. Michaelis-Menten Curve
2
Binding Energy and Enzyme Rate
0
For a 1st order reaction, how do you derive the integrated rate law for a product versus time?
1
Arrhenius equation and rate constant