I am a high-school student and I am currently taking a course on chemical kinetics. Towards, what seems, end of the course at highschool level, the Arrhenius equation came in. Now, I'm not sure if what I'm presented is just a general form of Arrhenius equation and there's more to it, or this is it. Well, anyways, one of the things I am being told to learn is the plot between graph of rate constant $k$ vs temperature $T$. $$k=A\mathrm e^{-E_\mathrm a/(RT)}$$

The graph is sort of looks like with increasing $T$, the value of $k$ is skyrocketing (kinda like $y=x^2$ in first quadrant) but if I'm not mistaken, the rate constant $k$ should equal $A$ as temperature tends to infinity. Now I believe there must be some other factor in the equation that is also a function of temperature and is causing the graph to be the way it is. Can someone help me understand the same?

(In case you didn't get, because I am unable to attach an image, the looks like $y=x^2$ instead of $x=y^2$, which basically interrupts my intuition of Temperature on $x$ axis ever approaching infinity. $k$ on $y$ and $T$ on $x$ axis.)

This is how the graph between the rate constant and temperature looks like: 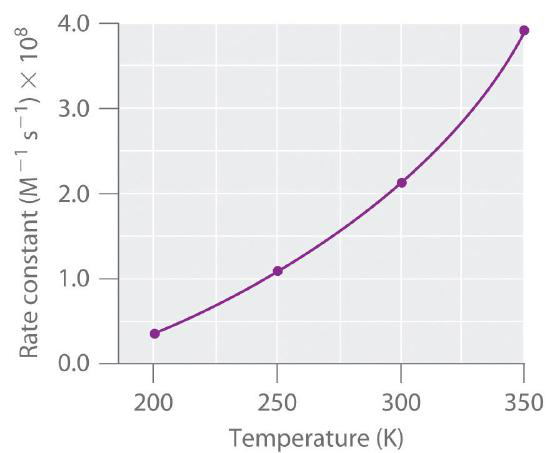 This might not seem intuitive looking at the Arrhenius equation which says:

After using some mathematical prowess someone might say that as $T\rightarrow \infty, ~k\rightarrow A$ and so the graph should look something more like: 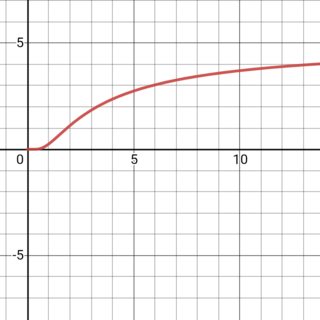 Which on first glance seems fair but doesn't match the aforementioned curve.

To understand what is causing the problem we must check everything that might change during a change in temperature.

Upon examination we can find that only two things might cause this discrepancy, $E_a$ and the pre-exponential "constant", $A$.

The activation energy of a system is also independent of the temperature and thus the only possible problem point left is the pre-exponential "constant". Turns out that this constant isn't a constant in true sense, which isn't that disturbing of an idea if you know what that constant signifies.

The pre-exponential constant shows how many effective collisions can take place in a reacting mixture. It is defined as,

$A$ is the pre-exponential constant.
$p$ is the steric factor, which takes into account the steric effects during an effective collision.
$Z$ is the collision frequency.

Now as it might seem intuitive, the collision frequency is related to temperature and increases with increase in temperature according to the following relation(using equations for collisions between similar molecules to prevent unnecessary complexity):

$Z$ is collision frequency.
$n$ is molecules per unit volume.
$r$ is the radius of molecule.
$R$ is the universal gas constant.
$T$ is temperature.
$M$ is the molar mass of the gas.

To understand the behavior described by the equation $$\rho(T)=A\mathrm e^{-E_\mathrm a/(RT)}$$ a little better, consider a few properties (where it is assumed that $A$ and $E_a$ are independent of $T$):

These four properties should allow you to generate a schematic plot of $T$ versus $\rho(T)$. What might be confusing is that the behavior described by points 2 and 4 might be hidden from view depending on the resolution ie which parts are emphasized by selecting a broad or narrow range of $T$, as shown in the following plots (which refer to the same data):

Surely, as T tends to infinity k tends to A. The graph in this case will be exponential and not $y= x^2$ kind.

You can plot the graph by differentiating the equation (twice to be particular). 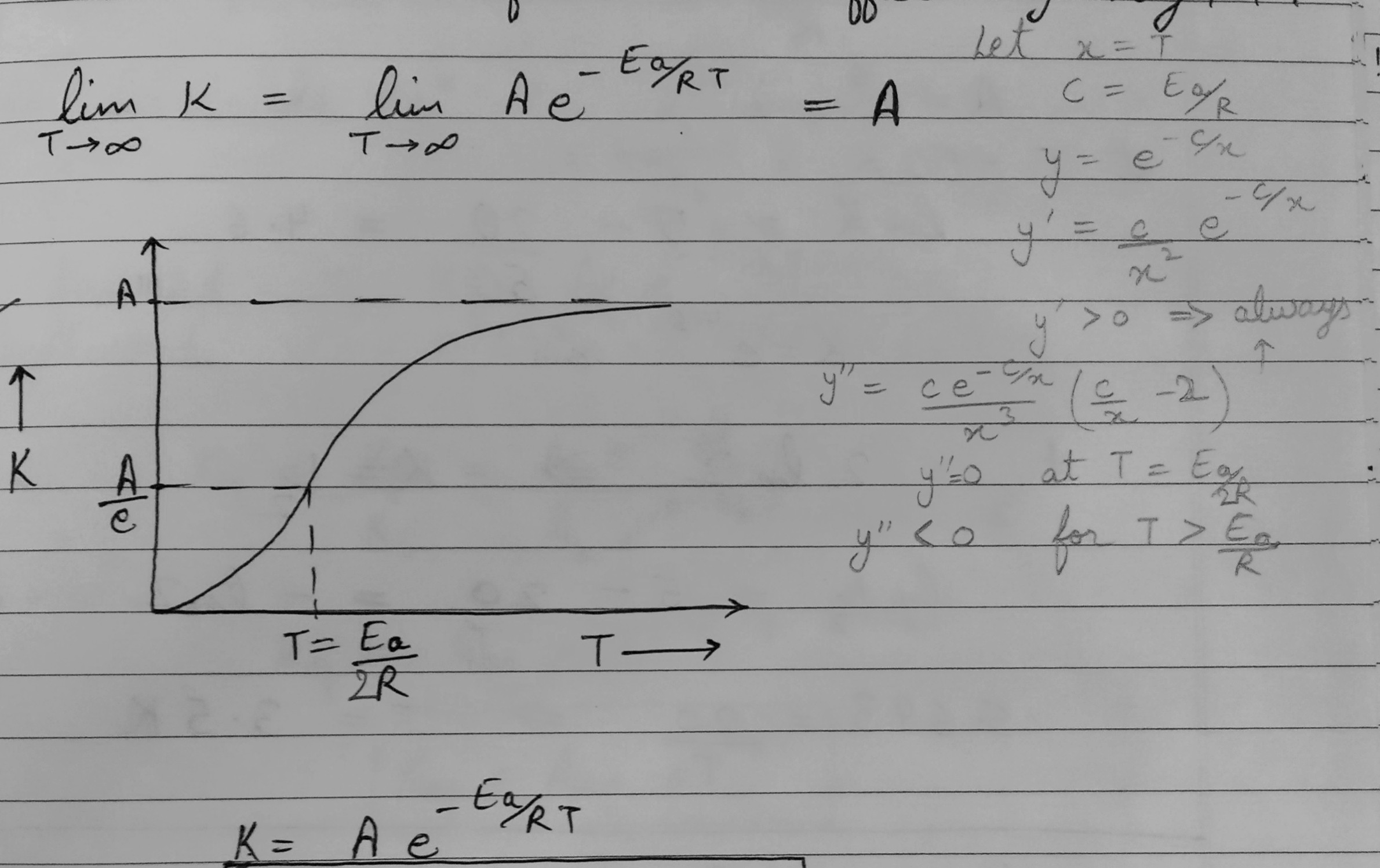