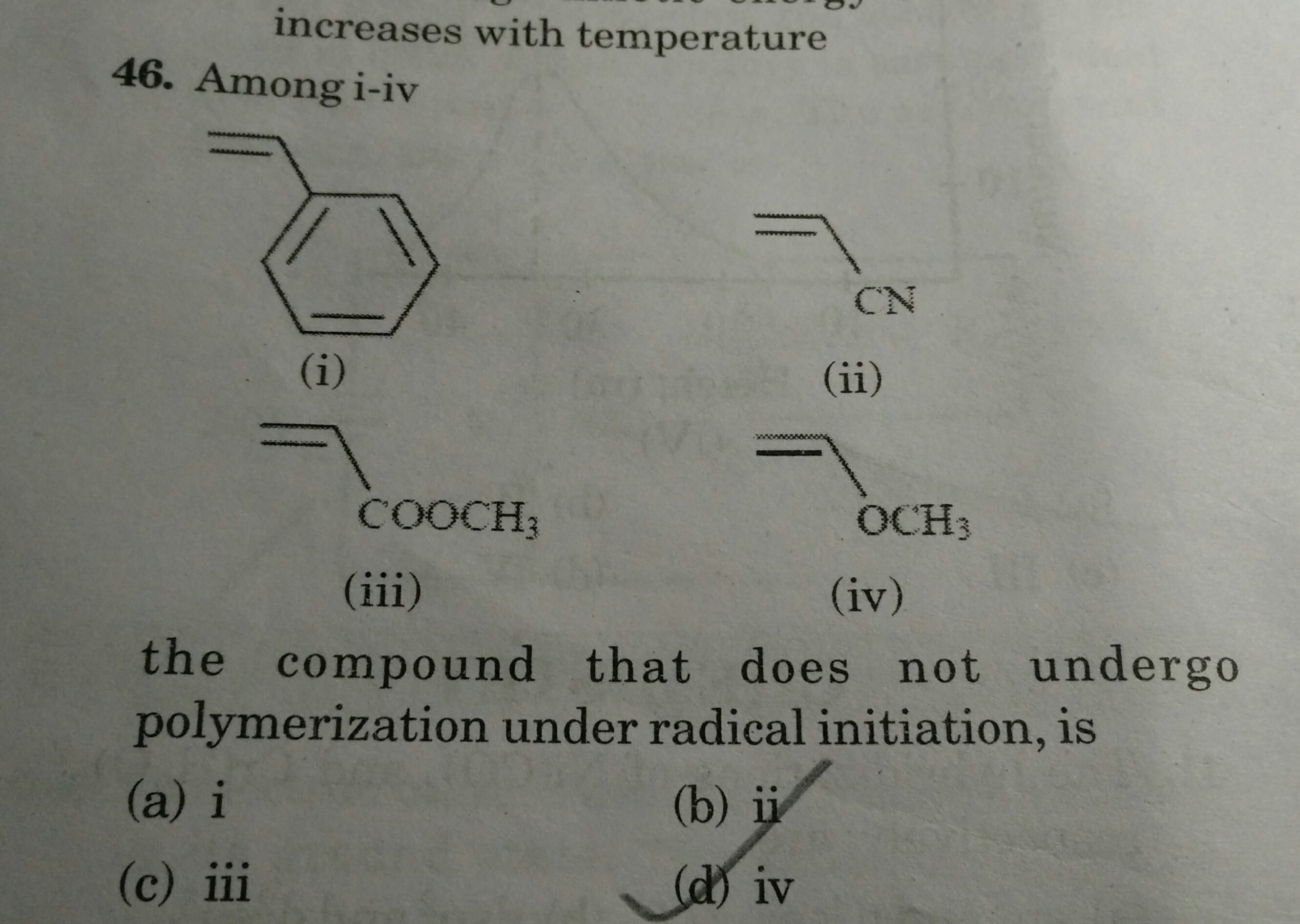 Here, the answer given is (iv), and I don't see the reason why methoxyethene is not forming an addition polymer with radical initiators. Clearly, the first option will form polystyrene and the second, polyacrylonitrile. But after that, I feel lost. After looking at the answer key, I felt that there would be some role of the OCH3 here as it may react with the peroxide initiator, but I'm not quite sure what. As far as I know, the radical is generated at the double bond which then keeps polymerizing independent of the substituent. Can somebody tell me what is the mechanism of polymerization in the (iv) part?

Compounds with strong (electron donor and tiny) resonance will not be good for radical mechanism, but if you put a phenyl group behind the ether function it will be better because the resonance effect will be "diluted".