What happens to a radioactive carbon dioxide molecule when its carbon-14 atom decays?

Let's assume that the carbon atom in question is part of a carbon dioxide molecule in the atmosphere. What would happen to the molecule when the atom decays into nitrogen? Will it be converted into a $\ce{NO2}$ molecule, or will it split apart? Will the electron created in the decay have sufficient energy to escape the molecule and form a positive ion?

Here's a somewhat related question dealing with the formation of radioactive carbon dioxide.

* Of course, not all the energy from the defect will be transferred to the beta particle's kinetic energy, so this is in fact relevant for the rate. See Loong's answer for details.

A table summarising the results is given. 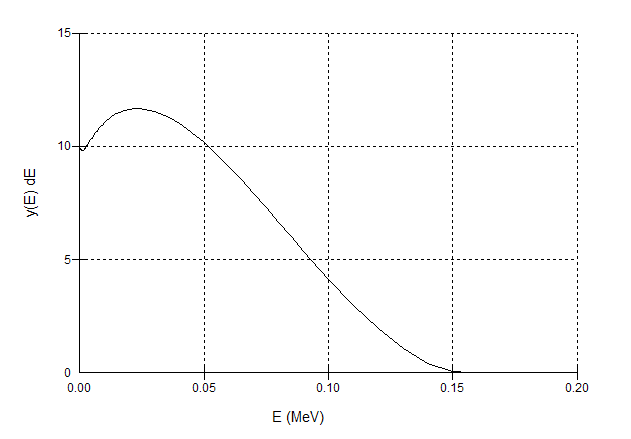 Nevertheless, even beta particles with a relatively low beta energy have a much larger kinetic energy than any chemical bond dissociation energy or ionization energy. Thus, the beta particle cannot be captured in the electron shell of the affected atom. The beta particle leaves the atom with almost relativistic speed before the rest of the molecule understands what went wrong. This process is too fast for immediate chemical reactions. The daughter nuclide remains in the same chemical structure. Thus, the beta decay of a $\ce{^14C}$ atom in $\ce{CO2}$ simply leaves a $\ce{NO2+}$ ion in an excited state. This primary product is unstable and can dissociate slightly later. The resulting secondary products can be radicals or ions, which tend to react with almost any other molecule or atom.

There seem to be three processes to consider here:

A paper by Oksyuk and Gerasimenko says that effect 2 is normally the important one.

From Linear Christmas's answer, we know that in the case of $\ce{^14C}$ decay, which has an unusually low energy, there is a fairly small but still appreciable probability of breaking the bond, and this is presumably caused by one or more of the above processes.

For process 1, it certainly isn't safe to assume that it's negligible because the electron leaves the molecule so quickly. If this were true, then beta particles wouldn't produce ionization when they came along from the outside and hit atoms. Although the time-scale for the electron to exit is short, its electromagnetic fields are intense. By the way, the motion of this electron is not insanely fast compared to the velocities of the other electrons. It has a typical velocity in this decay of about $0.5c$, which could be compared to an estimate of $Zc/137\approx 0.04c$ for an inner-shell electron in carbon.

To estimate process 1, let's use the mean rate of energy loss for beta particles in a solid. For $\pu{0.1 MeV}$ betas in a solid made of fairly light elements, this is about $(dE/dx)/\rho\approx 0.3$ MeV.m2/kg. Taking $\rho$ to be the density of water, and $\Delta x=0.2$ nm, we find $\Delta E=0.06$ eV, which seems to be a couple of orders of magnitude too low to break a bond. However, energy loss of betas is a process that has a lot of random variation about the mean, so it doesn't seem unreasonable to me to imagine that there is something like a 1% chance that it deposits 100 times this energy in the parent atom on its way out. This puts us in the right ballpark for this mechanism to contribute significantly to the observed probability of breaking a bond in NO.

So now let's consider process 2. Let $Q$ be the energy released in the decay and $M$ the mass of the recoiling nitrogen nucleus. We'll see that for kinematical reasons, almost all of the energy goes into the electron and antineutrino, not the nucleus. Suppose we want to find the maximum energy of the recoiling nucleus. This is attained in the case where the electron gets almost 100% of the energy, because for a fixed energy, a more massive particle carries more momentum. If the electron and neutrino were to share the energy, then their momentum vectors could also partially cancel, further reducing the recoil.

The decay energy of $\ce{^14C}$ is unusually low, but in most beta decays the beta is much more relativistic. Let's do the ultrarelativistic case first, both because the math is simpler and because it's a better guide to our intuition about what happens in general.

In the approximation that the beta is ultrarelativistic, its momentum (in the case where it carries all the energy in this example) is $p\approx Q/c$, and by conservation of momentum, this is also the momentum of the recoiling nucleus. Since the nucleus is nonrelativistic, its kinetic energy is $K=p^2/2M\approx Q^2/2Mc^2$.

As a typical example, let's take $\ce{^40K}$, which is the strongest source of naturally occurring beta radioactivity in our environment. It has an 89% probability of decaying to $\ce{^40Ca}$ plus an electron and an antineutrino. The energy for this decay mode is $\pu{1.33 MeV}$, which is almost $10$ times that of $\ce{^14C}$. The ultrarelativistic approximation for the electron is not too ridiculous; in the case where it gets almost all the energy (none to the neutrino), its velocity is about $0.96c$. The maximum kinetic energy of the recoiling calcium nucleus in this approximation is about $\pu{24 eV}$, which is clearly plenty of energy to break a chemical bond.

Without the ultrarelativistic approximation, the momentum of the beta, in the maximum-recoil case, isn't $Q/c$ but rather $\sqrt{(x+Q)^2-x^2}/c$, where $x=mc^2$, and $m$ is the mass of the electron. Even in the case of $\ce{^40K}$, it turns out that the ultrarelativistic approximation is not so great. The actual maximum recoil energy for the calcium is $\pu{41.7 eV}$, so although the approximation gives the right order of magnitude, it's off by almost a factor of $2$.

In the example of $\ce{^14C}$, the result for the maximum energy of the recoiling nitrogen is $\pu{7.0 eV}$, in agreement with Loong's answer. This is plenty of energy to break the bond. Another interesting case with a very low energy is $\ce{^3H}$ , in which the recoiling $\ce{^3He}$ has a maximum energy of only about $\pu{3 eV}$. People have used this to try to study the chemistry of helium.

So the take-away here is that in almost all cases, beta decay is very likely to break up the molecule in which it occurs.

Not the answer you're looking for? Browse other questions tagged radioactivity atmospheric-chemistry or ask your own question.

1
What happens to chemical bonds if the nucleus changes?
0
Carbon 14 in organic chemistry
15
Is there a haloalkane for astatine?
13
Curious about the chemistry of Carbon-14 after it's produced in the atmosphere
19
What happens chemically to 5'-radiolabeled aqueous thyroxine (thyroid prohormone) when its I-131 undergoes beta+gamma decay?
1
Does the decay of Carbon-14 effect health in biological systems?
1
Do radioisotopes emitted particles influence their chemistry?

1
What happens to the lost mass in radioactive decay?
1
Consequences of a neutron decay (beta radiation) and reasoning for an electron capture
19
What happens chemically to 5'-radiolabeled aqueous thyroxine (thyroid prohormone) when its I-131 undergoes beta+gamma decay?
28
What properties of carbon dioxide make it a greenhouse gas?