Premise of my question: I was just wondering about this as I was writing a response to the question (linked here: Bicarbonate decomposition and pKa): Is it possible for partially positively-charged atoms participating in covalent bonds to polarise the electron cloud of the electron-rich part of the molecule to the extent that it becomes unstable. FYI My response explained the instability of the carbonic acid molecule by the polarisation of the "carbonate ion" by the "hydrogen ions". The reason I have placed quotation marks on the two ions is that they are no longer ions, but rather just partially positively-charged atoms in a neutral molecule. But I am calling them "ions" so as to emphasise the magnitude of the partial charges on them. 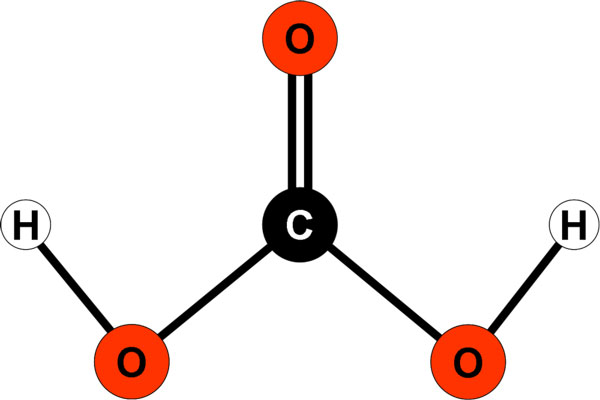 Rationale for my argument: But I don't see why the partially positively-charged hydrogen atom cannot polarise the electron cloud of the rest of the "very polarisable" molecule because it has been established that hydrogens bonded to electronegative atoms, such as F, O and N, tend to behave like a "bare protons", stripped of a lot of electron density. This also makes hydrogen bonding a particularly strong type of an intermolecular force of attraction.

My stand: Thus, the partial positive charge on the hydrogen atom is of quite a large magnitude, such that it is capable of strong polarisation of electron clouds.

Question to users: Firstly, I want to know if covalently-bonded hydrogen atoms can polarise (i.e. distort the electron cloud) the rest of the molecule. Based on my line of reasoning above, it should. Secondly, I would also like to know if this distortion of the electron cloud by the hydrogen atom would lead to instability of species of molecules. In particular, for the question at least, I would like to know if the polarisation of the molecule affects the stability of the carbonic acid species. However, it would be great if we could generalise this relationship between stability and extent of polarisation of the electron cloud, for all molecular species.

Further clarification: "Instability" in this case refers to the ease of decomposition of carbonic acid into carbon dioxide and water.

Browse other questions tagged stability hydrogen or ask your own question.

31
Why are there two Hydrogen atoms on some periodic tables?
8
Samsung's S-Plasma Ion - scientific basis
14
Reaction mechanism of combustion of hydrogen
7
Really how rare are hydrogen atoms?
1
Difficulty understanding redox in terms of hydrogen and oxygen transfer?
4
When a molecule loses hydrogen atoms, does it become oxidised?
4
Stability of canonical forms