When to include or exclude lone pair counting electrons according to Hückel's rules?

When counting the number of pi electrons, in furan only one lone pair was included, but the other one was not.

In the cyclopentadienyl anion (2nd aromatic compound in the picture) the lone pair was counted.

When to include and exclude lone pairs in Hückel's rules? 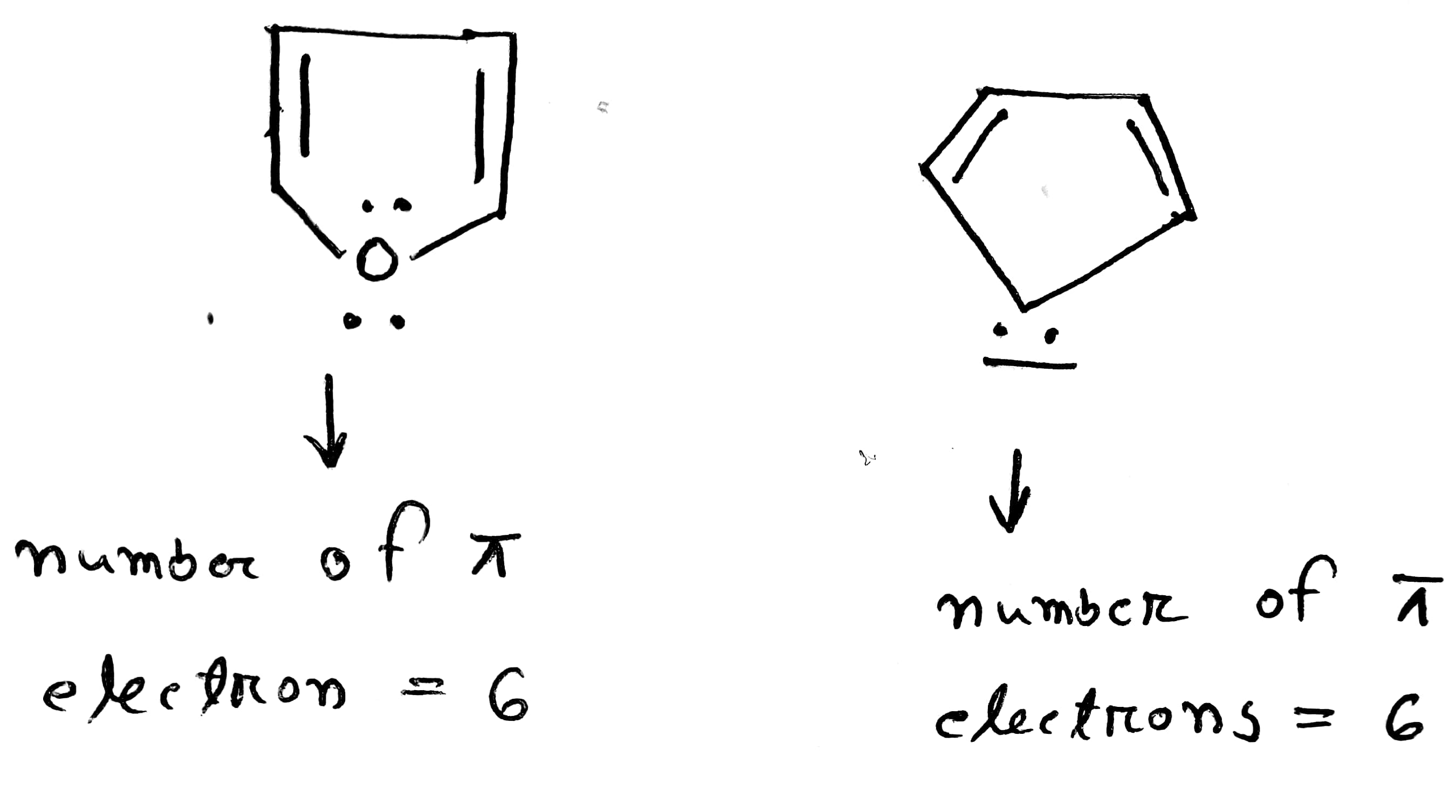 As written on Chemistry Libre Texts,

In furan, there are two lone pairs, one in the sp2-orbital, and the other in the p-orbital. The latter is hence the set of π electrons.

In the cyclopentadienyl anion, the lone pair is present in the p-orbital, as all the sp2-orbitals are involved in bonding.

Thus, π electrons and not just lone pairs are to be counted in Huckel's Rule.

5
Do lone pairs contribute towards the pi electron count of heterocycles?
17
Do lone pairs on substituents (e.g. in aniline) count towards Hückel's rule?
5
Do the π-electrons from the C=O bond in tropone contribute to Hückel 's rule?
3
Electron Pair Geometry in Ibuprofen (Electron Pair Geometry in Organic Compounds)
7
Which rings of this heterocyclic compound are aromatic?
5
Is oxepin aromatic?
3
How is 4H‐1,4‐oxazocine aromatic?