What is the product formed when 4-chlorobut-1-ene is treated with acetic acid? 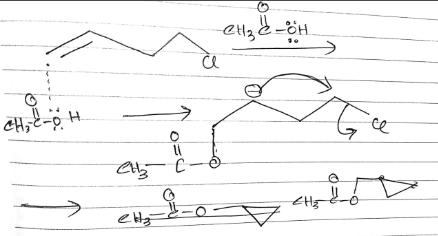 Why did not the neucleophile (acetic acid) did not approach to the carbon atom with which the chlorine is attached directly? Forming 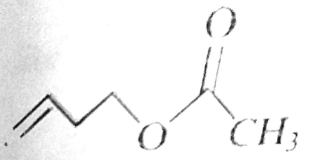 And this next form a very stable cyclo propyl carbocation. (Which is one of the most stable carbocations) So which explaination should I rely on? Thank you.

Browse other questions tagged organic-chemistry reaction-mechanism halides nucleophilic-substitution or ask your own question.

2
Major product formed when 1,1,1-trichloropropane is treated with aqueous KOH
19
Addition of HOBr across C=C
12
What happens when an alkylborane is treated with acetic acid?
3
Does isopropyl chloride undergo SN1 or SN2 with sodium acetate?
2
Does rearrangement occur in Friedel Crafts alkylation or not?
3
Rearrangement considerations in feasibility of SN1 in given reactants
1
Can anyone please help me how do you determine kinetically the fastest product of sulphonation of $\beta$ napthol?