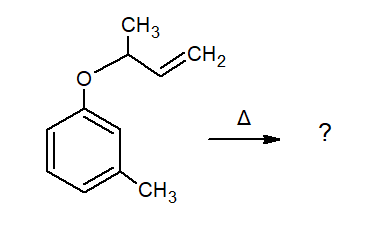 This is an example of Claisen rearrangement, property of allyl vinyl/phenyl ethers.

I believe that the allylic migration should take place to the position ortho to both $\ce{-CH3}$ and $-\ce{OR}$ because:

and I read this in March under Claissen rearrangement:

Since the Claisen rearrangement doen't involve ions, it shouldn't greatly depend on the presence or absence of substituent groups on the ring. This is the case. Electron donating groups increase the rate and electron withdrawing groups decrease it, but the effect is small. 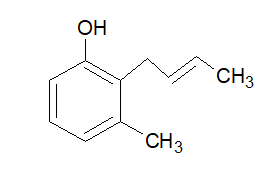 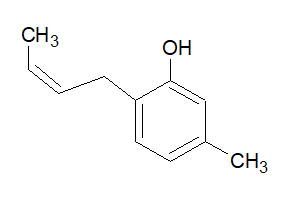 His rationalisation was that the carbanion like species attacking the allyl group is more stable at the place away from methyl group.

But my question is that if this reaction is single step, followed by tautomerism why should it even depend on the carbanion like species which isn't even formed.

An important screenshot is shown here:

Based on this article at least, it turns out that for your specific reaction, it's likely that the regioisomers would be formed in equal amounts. (See allyl aryl ether 1). We further see that sterics are not as significant of a consideration as electronics; allyl aryl ether 6 actually prefers the "more sterically hindered" product 14 to 1.

The article concludes that "the preferred conformation of the reactants ... with no exception, was found to lead to the major isomeric product.... The regioselectivity for the Claisen rearrangement of meta-substituted allyl aryl ethers is mainly influenced, as expected, by the electronic effects of the meta substituent, which governs the relative stability of conformers, transition states, and intermediate to final products.

First, consider if this reaction reversible? If so, we'll just form the thermodynamically favorable product. But the temporarily breaking of aromaticity and tautomerization to reform aromaticity suggests that this process is not reversible. So that means we're looking at kinetic factors.

There are a few key concepts I learned from Dave Evans' class that have really helped me understand organic chemistry. One of these is to draw out the transition state, here, for a [3,3]-rearrangement, which is a chair-like transition state.

In this case, there are four transition states you can draw, dictated by the stereocenter at that innocent looking methyl group and the substitution on the phenyl ring. These are drawn below.

I drew the corresponding product for each transition state. Notice that, as drawn, the pseudo-equatorial methyl group in the transition state gives rise to the E-product.

I would think that the methyl substitution on the phenyl ring would push the reaction to the other side. I'm less sure about this, but I would prefer the two products on the right for the aryl substitution. This is based on steric repulsion and on the fact that electronic effects look about the same either way.

Between these two, we should consider whether it's better to have the methyl group in the pseudo-equatorial position or the pseudo-axial. Since it's still a chair-like transition state.

One of the flag pole hydrogen atoms is missing because the phenyl ring isn't substituted like a normal carbon chain, but I would venture to say that you would still favor the pseudo-equatorial substitution because of other hydrogen (which is not fully axial either). A normal methyl group has an A-value of 1.74, but it's probably significantly less here. However, even at half, you can determine that the preference for the methyl group to be pseudo-equatorial is going to be about 4:1. (We're plugging into $e^{-\frac{\Delta G}{RT}}$)

Again, since the reaction is not thermodynamically controlled, we're looking at the transition states to figure out kinetically favored product. The third one from the left looks best, so the corresponding product is probably major.

Not the answer you're looking for? Browse other questions tagged organic-chemistry aromatic-compounds pericyclic ethers regioselectivity or ask your own question.