I know that FCC shows ABC type but I am confused about it. For simple cubic and body centered, it is pretty easy to work out the packing arrangement but FCC is giving me a headache.

What is this Wikipedia article trying to tell in the diagram and how did choose A, B and C? What's up with the different orientations?

Can somebody tell me these in a simple way as I can't solve FCC problems based on structure.

Now we add the third layer. 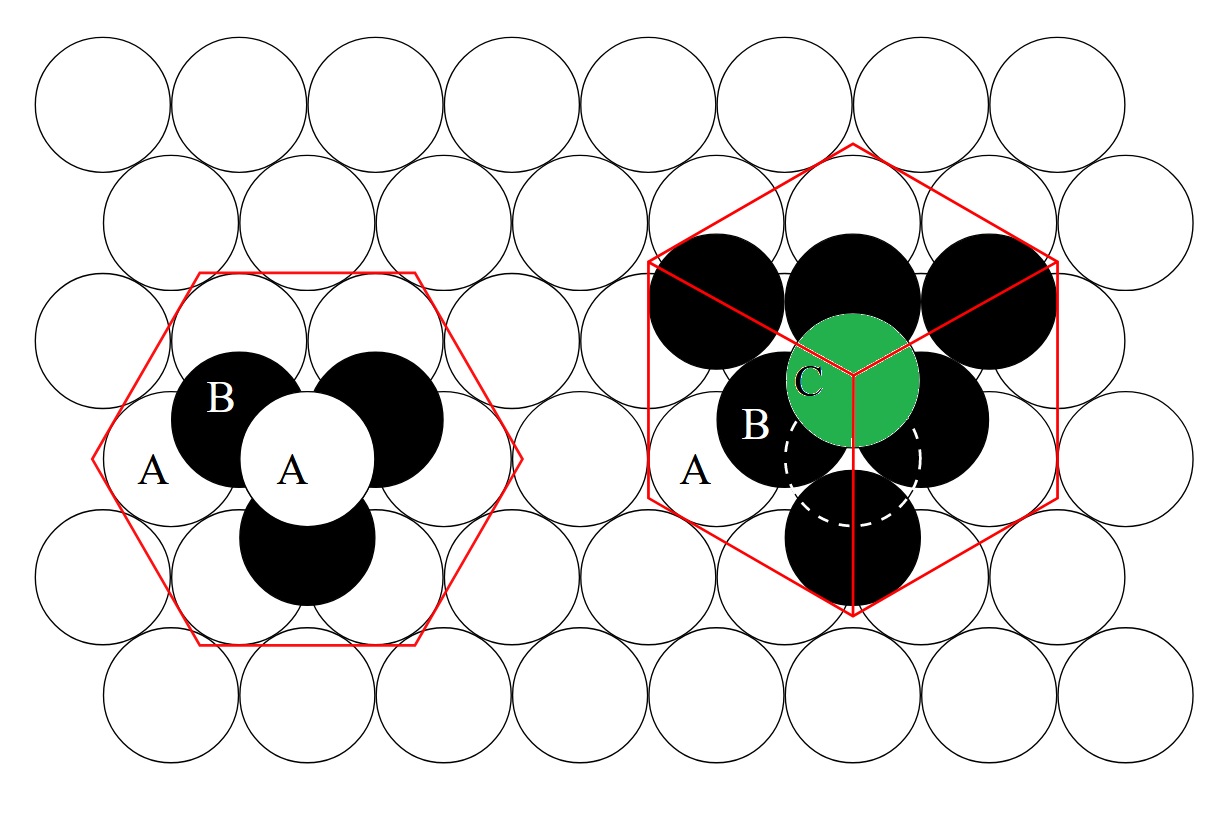 So HCP has (AB)(AB)(AB)... layers but FCC has (ABC)(ABC)(ABC)... layers. Where A, B and C denote different sets of (x,y) coordinates. Again the z coordinate being the layer of the ball coming out of the 2D image.

8
Why are there no edge dislocations in a face-centered cubic (FCC) lattice?
11
Confusion in unit cells of crystal system
8
Distance between successive tetrahedral voids in FCC
2
Why we don't talk about unit cells in hcp/fcc structures?
0
Height of CCP Lattice