Can you discriminate a monooxygenase from other enzymatic mechanisms by the requirement of NADPH?

I am working on a project about CYPs 450. It seems that most of them function as monooxygenases but there are other categories as well.

Assuming that the question makes sense, is it correct to say that CYP 450 monooxygenases always require the presence of a regenerating system (NADPH) as opposed to other CYPs 450 which are NOT functioning as monooxygenases?

I would say this is not a correct statement. The main reason being that just because an enzyme is not a monooxygenase doesn't mean it doesn't require a regenerating system for NADPH.
Examples would be many dehydrogenase, hydroxylase and synthase enzymes. They also require NADPH regenerating systems to operate efficiently. So, one of the CYP 450 enzymes may fall into any of these categories requiring NADPH/NADP yet not be a monooxygenase.

However, there are some exceptions such as Peptidylglycine $\alpha$-hydroxylating monooxygenase (PHM) and dopamine beta-monooxygenase (DBM). For example, PHM is a copper-, $\ce{O2}$-, and ascorbate-dependent enzyme responsible for the oxidative cleavage of C-terminal glycine-extended precursor peptides to the active $\alpha$-amidated peptide and glyoxylate (Ref.1,2): 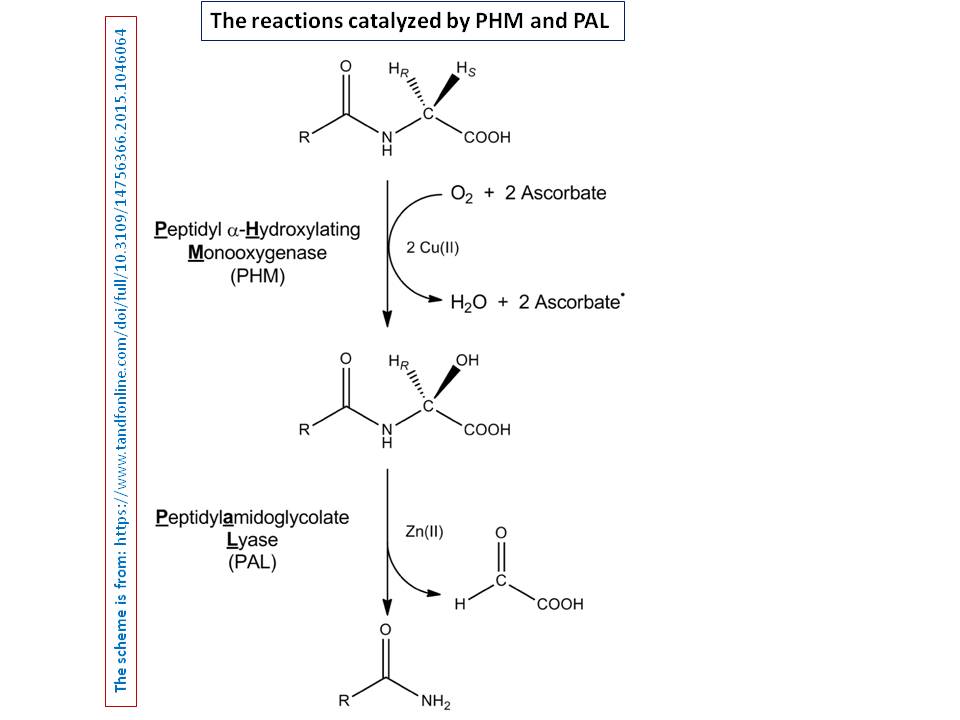 There has also been a significant interest in describing the interactions of copper-containing enzymes with $\ce{O2/H2O2}$-derived species. The short-lived intermediates resulting from the activation of dioxygen are the key players in the mechanistic cycles in many of these metalloenzymes. For instance, In the enzyme PHM, various reduced $\ce{Cu/O2}$ species have been proposed to act as catalytically competent intermediates, yet their exact nature and their role in the enzymatic reaction is still unknown. Schismatic diagrams of recent computational mechanistic studies of PHM is shown as snapshot in three stages (Ref.3): 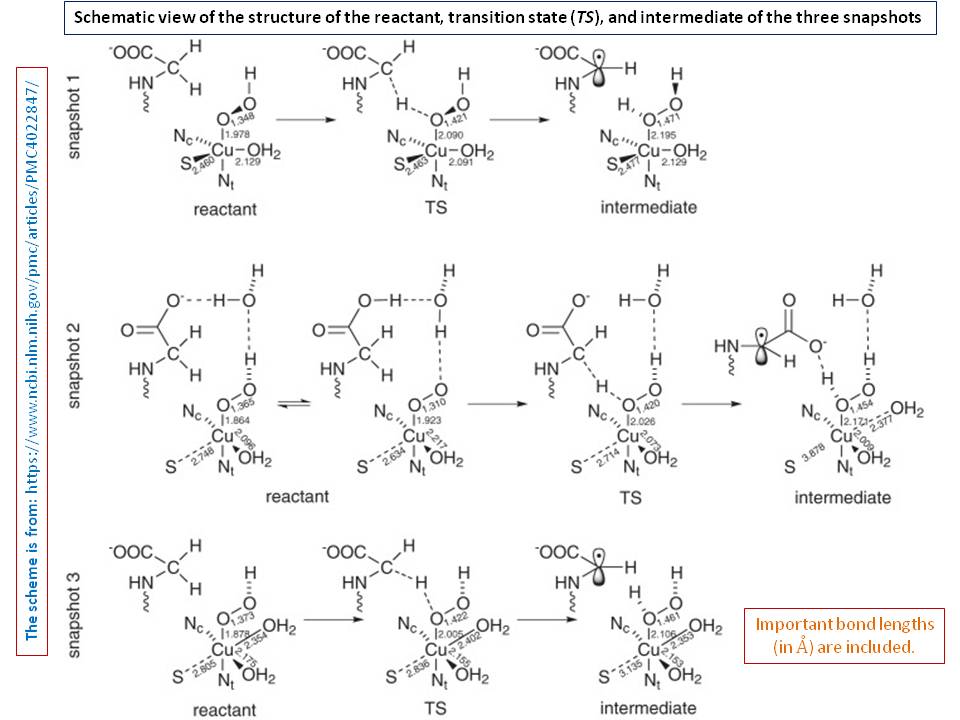 Not the answer you're looking for? Browse other questions tagged biochemistry enzymes or ask your own question.

2
Storage of Urine
2
Measuring the % of pectin in a fibre after enzymatic treatment with pectinase
8
Benzaldehyde and Cyanide - if you can smell one can you smell the other?
3
Is it possible to use Vmax as Kcat in a Michaelis-Menten reaction?
7
Can a very high concentration of hydrogen peroxide, inhibit or denature the enzyme catalase?
2
Enzyme-Kinetics. Michaelis-Menten Curve
1
How to calculate the kinetic order of an enzymatic reaction?
5
What is the precise definition of Ramachandran angles?
2
What exactly makes a carbon atom “α” in a protein residue?