However, chlorine forms hydrogen bonds in chloral hydrate (2,2,2-trichloroethane-1,1-diol). What could be the possible reason for this? 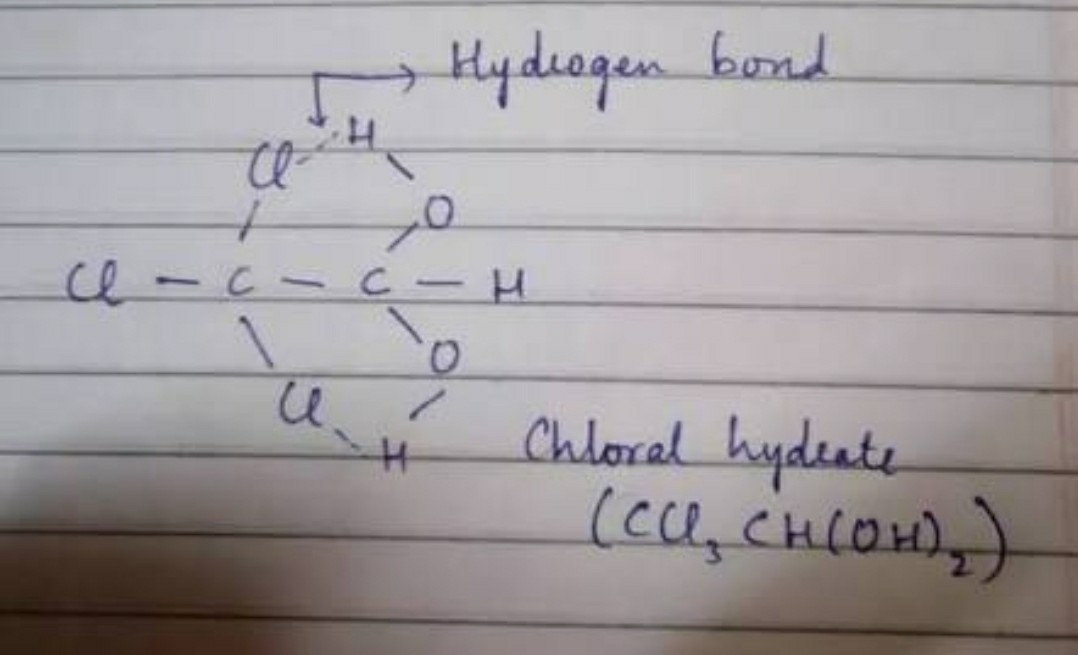 As noted in the comments, the fallacy is the notion that only a select few atoms can form hydrogen bonds with protic hydrogen. In reality, the strongest hydrogen bonds involve nitrogen, oxygen, or fluorine, but most nonmetals can form such bonds if they have an electron pair to donate to the bond. Hydrogen bonding with chlorine is seen in the $\ce{HCl_2^-}$, which is analogous to the more familiar bifluoride ion, as well as chlorine-bearing organic compounds.

In chemistry, generally most of the notable exceptions are associated with the thermodynamics or the kinetics of the reaction.

In the particular example of chloral hydrate, chlorine tends to form hydrogen bonds with hydrogen (even though usually their hydrogen bonds don't exist) majorly due to the thermodynamic changes that occur in the process. By forming such "pseudo-rings" (because H-Bonds aren't completely a "bond", rather only very strong attraction) the structure of chloral hydrate gains excessive stability as 5 & 6 membered rings are very stable. This pseudo-ring formation is called "Chelation Effect".

So, basically that extra stability is the driving force for chlorine to form H-Bonds and the process, as a whole, becomes thermodynamically feasible (spontaneous).

1
Hydrogen bonding
6
Carbonyl oxygen as nucleophile
2
How to determine what organic molecule has the highest boiling point?
3
Hydrogen bonding in concave rings
3
Why is a Grignard reagent not protonated by chloramine?
2
Change in inductive effect of a susbstituent when -R group replaces -H atom