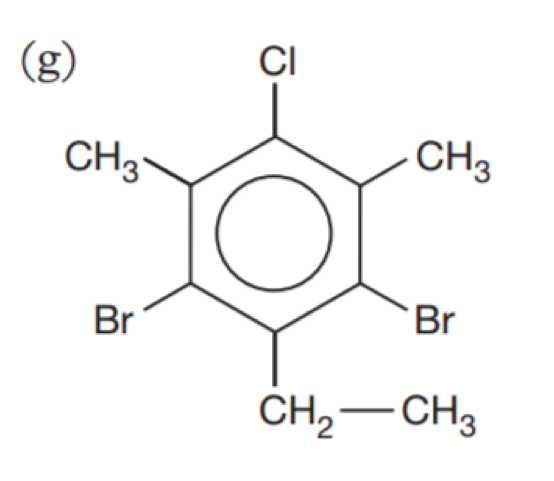 In naming the attached compound, is there a reason it is termed:

Shouldn't bromine be assigned the smaller numbers, given that it comes first alphabetically?

The most important simplified criteria for the numbering are:

The compound that is given has no principal characteristic group that would be expressed as a suffix. Thus, Rule (c) is not relevant in this case.

No locants are assigned to the delocalized electrons of the benzene ring. Thus, also Rule (e) is not relevant.

Usually, Rule (f) is important for benzene rings with multiple substituents. In this case, however, all six substitutable positions are completely substituted; i.e. the locant set (all considered together in a series of increasing numerical order) is always ‘1,2,3,4,5,6’ – no matter how we turn it.

Finally, Rule (g) stipulates that the lowest locant is assigned to the substituent that is cited first as a prefix in the name. Therefore, the correct name for the compound that is given in the question is 1,3-dibromo-5-chloro-2-ethyl-4,6-dimethylbenzene.

5
Can there be two IUPAC names of a compound?
5
What is the numbering of substituted benzene derivatives according to IUPAC nomenclature?