What type of intermolecular forces will dominate Diethyl ether?

As you have already figured out, diethyl ether is a small dipole due to the electronegativity difference between carbon and oxygen, which can also be seen in this electron density plot. As both dipole moment vectors point roughly in the same direction, they do not cancel each other out like in the case of carbon dioxide, so the molecule has a net dipole moment and is therefore (weakly) polar.

London dispersion forces, which result from short-lived dipoles induced by fluctuations in the electron shell of molecules, are also present. They are responsible for the weak interactions between the alkyl chains, like in other alkanes and non-polar molecules. The permanent dipoles can also interact with each other, in the form of intermolecular attractive interactions between centers with $\delta+$ and $\delta-$ partial charge (and likewise repulsion between centers of equal partial charge).

Hydrogen bonding between C-H groups and oxygens, although possible in principle (see comments to your question) and, for example, found in protein structures, can be neglected in this case due to the low number of donors and the weakness of the interaction (< 17 kJ/mol). Nevertheless, the ether oxygen can act as a hydrogen bond acceptor in combination with better hydrogen bond donors like OH groups, which explains why diethyl ether is sparingly soluble in water despite its low polarity (69 g/l at 20 °C (source)). On the other hand, the absence of hydrogen bonding between ether molecules becomes apparent in the much lower boiling point of diethyl ether (34.6 °C, source) compared to water. 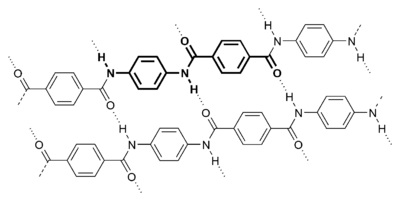 14
Why is carbon dioxide nonpolar?
-2
Why alcohol is volatile although it has hydrogen bonds?

10
Why does tetrachloromethane have a higher boiling point than trichloromethane?
0
What other intermoelcular forces can exist between neutral molecules?
1
Intermolecular Forces for Ionic Compound?
1
Forces of attraction of hydrated potassium ion in aqueous solution
0
What would be the intermolecular forces between the molecules of methanetetrol?
0
Which has a lower boiling point, Ozone or CO2? Why?