Which repeating unit for poly lactic acid (PLA) is correct, picture 1 or picture 2?

I read somewhere that in polymerization, acids give $\ce{OH}$ and alcohol gives $\ce{H}$, creating water. According to this explanation, picture number 2 is correct but I have seen on websites like Wikipedia that picture 1 is correct. So, which is the correct picture and why?

In fact, both pictures show the same polylactic acid, only different disconnection points have been chosen: 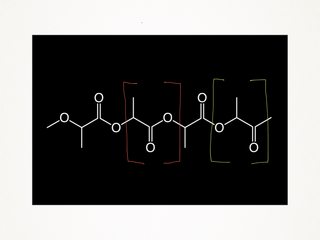 The red disconnection (or your picture 1) is preferred because you can immediately see that it is a polyester. 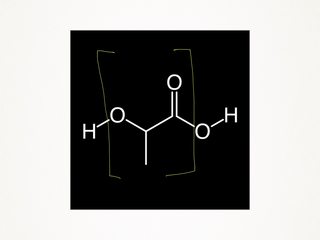 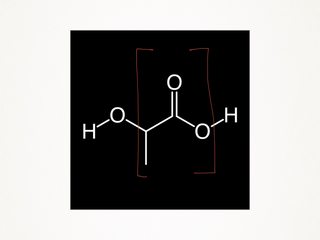 However, note also that in either case, the part between brackets is not formed by identical fragments. The atoms are indeed the same, but since not all are connected to the same atoms, they are not all chemically equivalent. There are different functional groups. There are acid, alcohol and ester groups; mainly ester of course. So in reality, we are writing $\ce{[...]_n}$, but those $n$ are not all the same and thus it is not correct.

If you want to depict the whole chain including the polymer chain and the ends that can continue polymerizing, the most correct way is to draw the end monomers explicitly. At that point, you can place the brackets where you want, since the structures are absolutely equivalent. 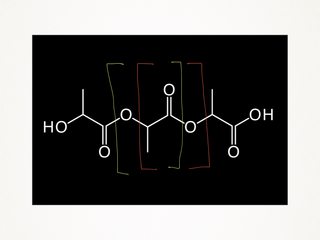 3
How to synthesize t-Boc protected derivative of PVA
0
How to identify the repeating unit in a polymer?
2
Is the chemical structure of an amide bond (-CONH) or (-CONH2)?
6
Why must polymers have a repeating unit?
3
Will PAEK polymers hydrolyze in concentrated sulfuric acid?
6
Finding the repeating unit of polymerisation given two constituent molecules
1
Is terylene a copolymer?
0
Converting pure nylon salt to polymer?
3
Polymerisation of a UV-curing resin