Why is ascorbic acid (vitamin c) readily oxidised in the presence of oxygen?

I know that vitamin c is notoriously unstable in aerobic conditions, but I'm not sure how to explain why it is - is it due to redox potential, acid strength etc?

Ascorbic acid ($\ce{AscH2}$, vitamin C) is a water-soluble ketolactone with two ionizable hydroxyl groups. It has two $\mathrm{p}K_\mathrm{a}$’s, $\mathrm{p}K_1$ is 4.2 and $\mathrm{p}K_2$ is 11.6; thus, the ascorbate monoanion, $\ce{AscH−}$, is the dominant form at physiological pH. Ascorbate is an excellent reducing agent and readily undergoes two consecutive, one-electron oxidations to form ascorbate radical ($\ce{Asc•−}$) and dehydroascorbic acid (DHA). The ascorbate radical is relatively unreactive due to resonance stabilization of the unpaired electron; it readily dismutes to ascorbate and DHA ($K_\mathrm{obs} =\pu{2×10^5 M−1 s−1}$ at $\mathrm{pH} = 7.0$). 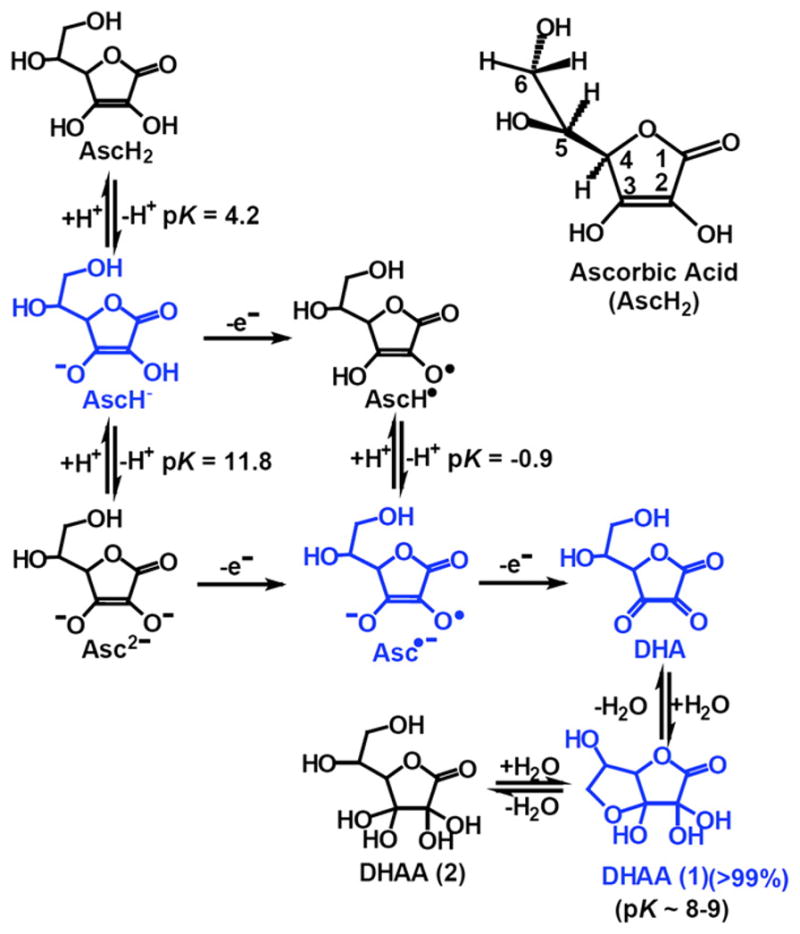 So, in presence of oxygen, this process is accelerated due to formation of hydrogen peroxide. It is also known that this reaction may happen even faster with a metal as a catalyst[2]

6
Why is vitamin C called an antioxidant?

8
Prediction of ionic reduction?
1
Physical chemical property that determines redox potential?
2
What are the half-equations of manganese and oxygen in the following redox reaction?
2
The effect of a voltmeter on the electron flow of a voltaic cell