I've been searching for explanations to understand why the labeled protons on carbons 1 and 3 are not equivalent in the below figure. 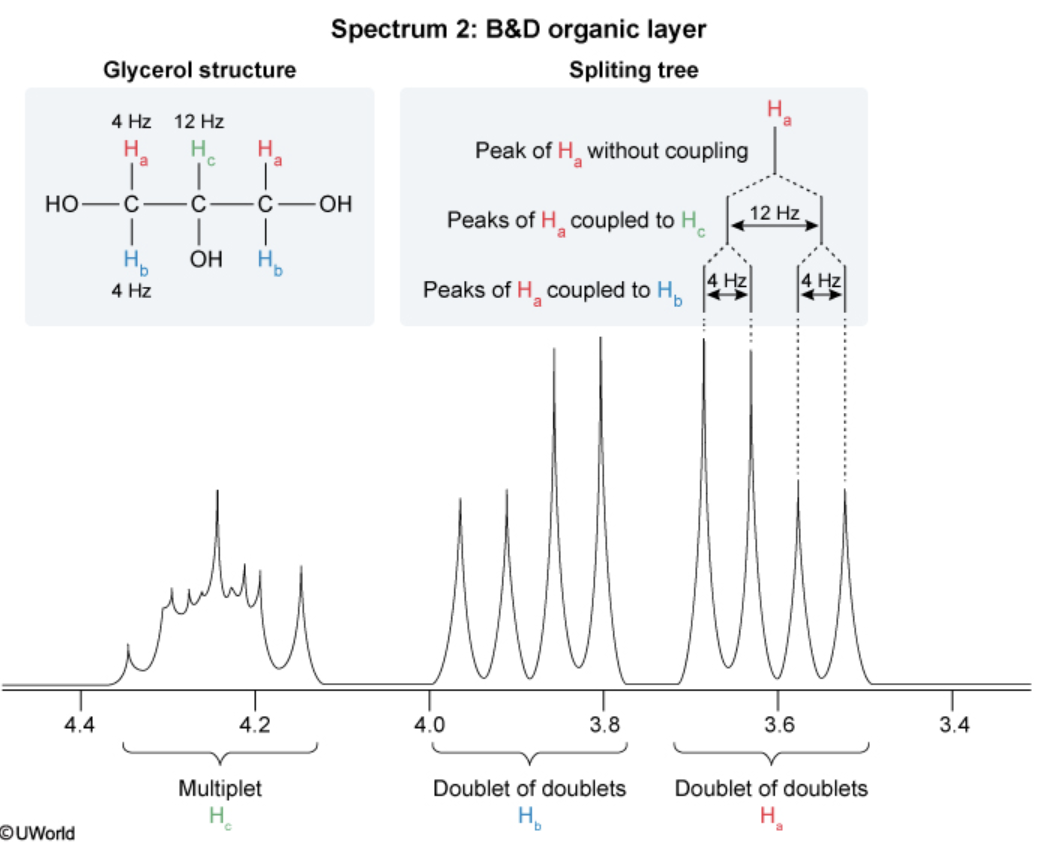 Another figure that shows the same results: 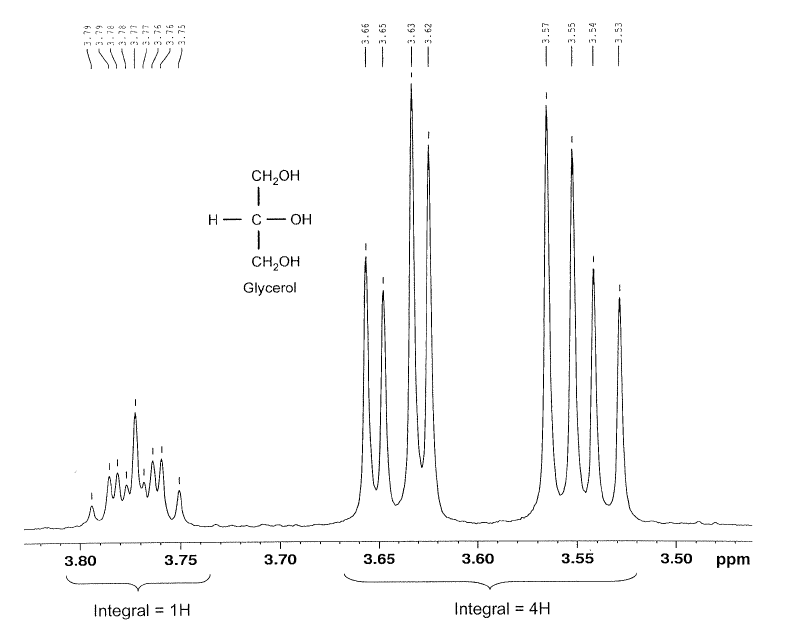 SDBS confirms the same, although the assignments of the signals show that all 3 hydroxyl Hs are equivalent, which I don't understand.

Also, what is the explanation for why SDBS shows all 3 hydroxyl protons as equivalent? Why would the -OH on C2 be equivalent to the ones on the terminal carbons?

Edit: As for my first question, I think I found the correct explanation. I believe it's because the hydrogens pairs are either diastereotopic or enantiotopic. 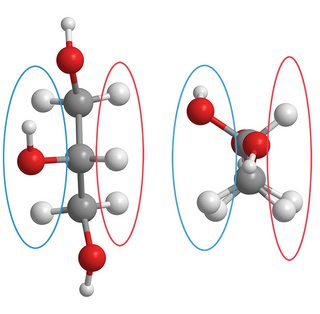 So, while the hydrogen atoms on carbons 1 and 3 on paper have the same environment, they are not chemically equivalent when looking at the whole molecule.

Concerning your second question: The chemical shift of protons on heteroatoms such as Oxygen, Sulfur, or Nitrogen is highly dependent on the recording conditions (concentration, temperature, solvent) of the NMR. Frequently, the signals are broadened and show no coupling (broad singlett). The reason for this is the rapid intermolecular proton exchange. If there is a rapid exchange between two chemically non-equivalent groups within a molecule (like in this one), only a single, averaged signal is observed.

Not the answer you're looking for? Browse other questions tagged stereochemistry nmr-spectroscopy or ask your own question.