What, if any, hydration states does sodium bicarbonate have?

Sodium carbonate has a few hydrates in addition to the anhydrous form. I haven't found any references online that assert any hydrates of sodium bicarbonate though. Do they simply not exist?

To my knowledge sodium hydrogen carbonate hydrates do not exist.

However, there exists a mixed hydrate of sodium carbonate and sodium hydrogen carbonate with the formula $\ce{Na2CO3 \cdot NaHCO3 \cdot 2H2O}$ (dihydrate of trisodium hydrogendicarbonate, $\ce{Na3H(CO3)2}$) that occurs naturally as the mineral trona.

The region labeled trona in the phase diagram below shows the conditions under which the hydrate can be crystallized from an aqueous solution of $\ce{Na2CO3}$ and $\ce{NaHCO3}$. 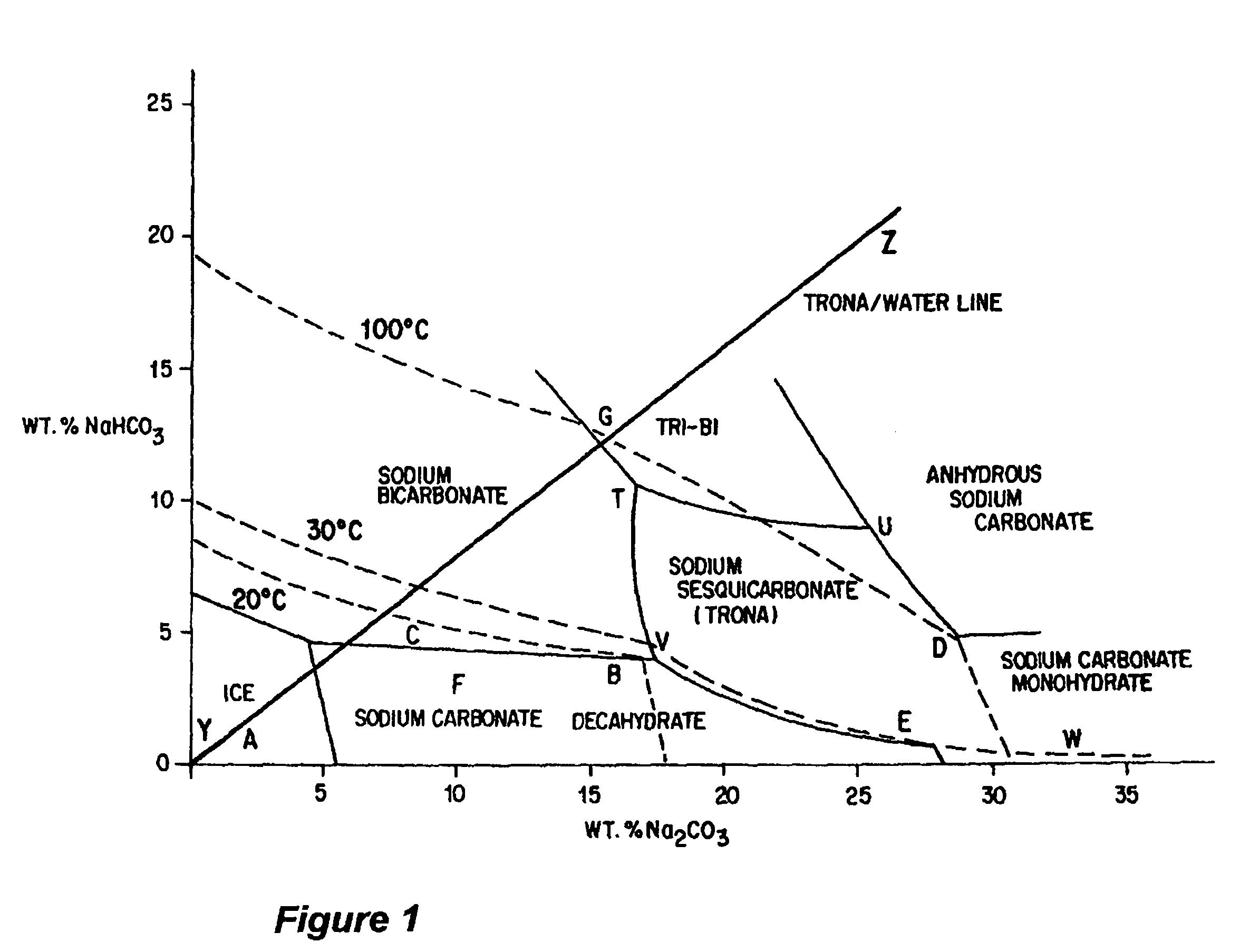