What is the purpose of the electrolyte in the half-cell where oxidation is taking place?

In an electrochemical cell that consists of two half-cells, there is an electrolyte and an electrode in each half-cell.

In the half-cell where the reduction takes place, $\ce{Cu^2+}$ gains two electrons. Here the electrode and the electrolyte serve a purpose, as it is the $\ce{Cu^2+}$ ion from $\ce{CuSO4}$ that goes through a reduction reaction.

However, in the half-cell where the oxidation takes place, it is $\ce{Zn(s)}$ that loses two electrons and forms $\ce{Zn^2+(aq)}$. Thus, the $\ce{ZnSO4}$ does not seem to play any role in the oxidation. Why is it included in the electrolyte in the zinc oxidation half-cell 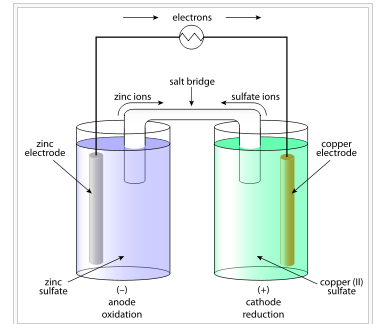 The primary role of the anode chamber electrolyte (the anolyte) in this case is to provide sufficient conductivity in that chamber.

If deionized water were used in the anode chamber, the conductivity of that liquid would be extremely low. Thus, it's important for there to be something dissolved there in order for any appreciable amount of current to pass through the overall electrochemical cell. The overall electrochemical circuit involves both electronic conduction (in the wires and electrodes) and ionic conduction (in the two electrolytes), and it will not function efficiently/effectively if any element of that circuit is too poorly conductive.

It further makes sense to use $\ce{ZnSO4}$ specifically as the anolyte salt because it provides the same cation as you'll be forming from your anode reaction. This will result in a more stable electrochemical cell, because having a different, potentially electrochemically-active cation in the anolyte would most likely change both the thermodynamic and the practical operating characteristics of the cell.

5
Cathode + Anode + Rechargeable battery
3
Electrochemical cell polarity and electrodes
3
Why is cell potential defined as E0[Reduction]-E0[Oxidation] and not the reverse?
1
Does it matter what electrolyte we use for a Galvanic Cell?
0
Does reduction/ oxidation take place separately at a half cell electrode?