How many stereoisomers can exist for 4,5-bis(3-hydroxyoct-1-en-1-yl)cyclopentane-1,3-diol?

Q.10 For the given compound $\ce{X}$, the total number of optically active stereoisomers is ____.

This is from JEE Advanced 2018 second question paper.

I thought the answer to be at least 32 because of exactly 5 stereocentres present. One of the double bond cannot show geometrical isomerism possibly. 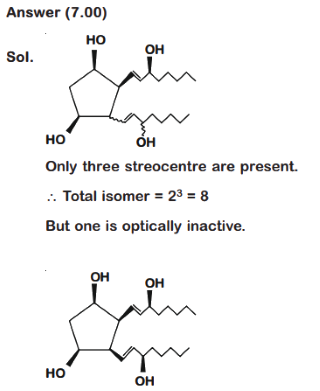 I did not find any plane of symmetry because of the different kind of double bonds.

The question is tricky, because

The unspecified-configuration stereogenic units are two chiral carbons and one double bond, which give total 8 stereoisomers. 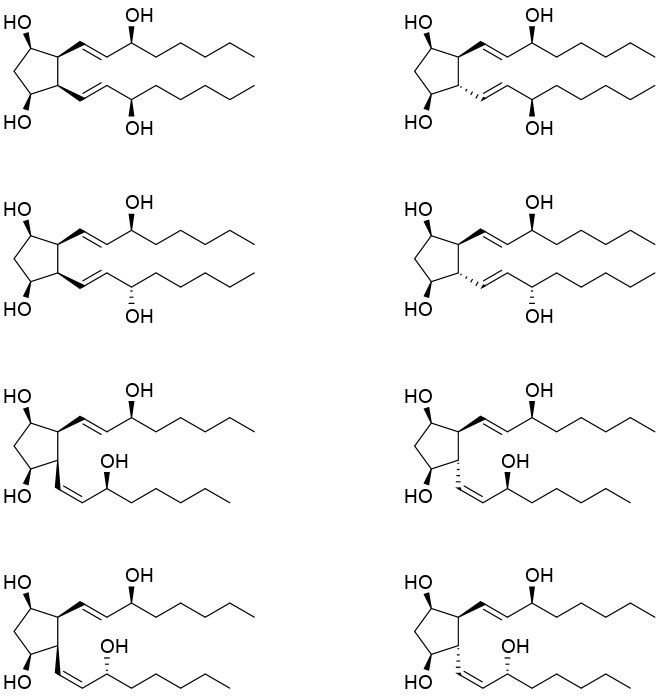 The first one (top left) has a plane of symmetry, the other 7 stereoisomers are optically active.

Not the answer you're looking for? Browse other questions tagged organic-chemistry stereochemistry optical-properties or ask your own question.