Can a π bond form between the py and d(x2-y2) orbitals along the x-axis?

Here is a diagram of the orbitals. 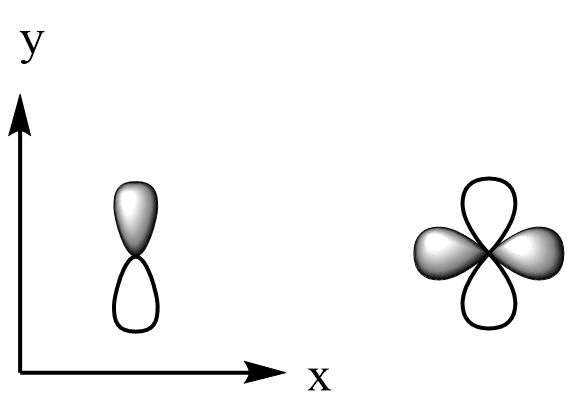 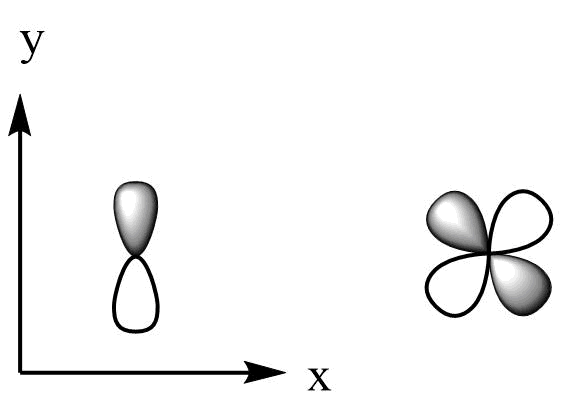 bond orbitals
share|improve this question
edited May 21 '18 at 4:13

In simple terms, it is the amount of "overlap" of 2 orbitals of an atom. Its value ranges between $0$ and $1$, implying no overlap and complete overlap respectively.

So we perform some mathematically chicanery. If you are familiar with "even" and "odd" functions. An even function times an odd function is odd, and the product of two odd functions is even.

The orbital $p_y$ is odd as it changes sign if $y \rightarrow -y$. However, $\ce{d_{x^2-y^2}}$ doesn't change signs under the same transformation and thus is even. This is evident if you look at the shape/diagram of the orbital.

Simple proof of this mathematical fact is given below:

Consider an integral of the form (this is the same form as the 3D integral given in the first line, wherein your boudns are $-\infty$ and $+\infty$ for each of the three directions $x,y,z$

6
Bonding and anti-bonding orbitals in the light of time-dependent Schrödinger equation?
13
Correlation between Coulomb's law and VSEPR theory
5
Guess the shape and phase of the MOs of butadiene using LCAO and Hückel's method?
3
What kind of bonds can form between benzene and transition metals in π-complexes?
2
Energy level of hybrid orbitals in the molecular orbital energy diagram
7
Which d orbitals can form sigma, pi, delta bonds?
2
The molecular orbitals of lithium hydride
3
Explaining why s and p orbitals do not interact