How to find the combining valence of an anion when it exhibits variable valency?

I'm doing an online course and can't for the life of me figure out how to write chemical formulas from the chemical name.

Take the example of calcium chloride.

First of all, sorry for the (very!) long post!

Determining the Number of Valence Electrons

If the charges are the same, no "balancing" is necessary:

If the Charges are different, a quick way to determine the formula unit is to assign each element the charge of the other:

Covalent Bonds are a little trickier and has more contributing factors. It seems like you're having trouble with Lewis-Dot diagrams so that's what I'll address. In order to correctly draw the Lewis-Dot diagram of a compound, you have to determine the formal charge of each atom. For demonstration purposes I'm going to use CH4. 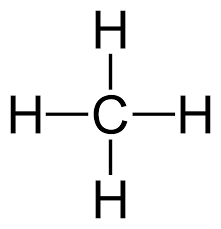 The formal charge of an atom can be determined by:

So in our example, the formal charge of Carbon is :

So if we add the formal charged together we get 0, which makes sense because the charge of the compound is 0.

In general, the more compounds that can have a formal charge of 0, the more likely it is that that particular structure will occur, as it will be more stable. If the compound is a poly atomic ion, the more electronegative atom should get the negative formal charge (electronegativity increases as you move up the group and to the right in a period).

One more significant detail is the ability of some atoms to expand the octet, which can occur if the element is in the third period or beyond. In this case, the charge of the atom can be made 0 (or whatever appropriate) if more bonds are made than typically seen.

There are other exceptions such as free radicals and atoms that can have less than a full octet, but the "rules" above should be sufficent guides for basic Lewis Dot structures.

Hope that covered everything :)

8
How to get the valencies of elements?

2
How can one find products when one knows the reagents?
2
Equation for the reaction of iodide to iodine using hydrogen peroxide under acidic conditions?
1
How fast does MgSO4 absorb water from the air?
1
Help balancing reaction between Iron (II) chloride and potassium phosphate
1
Sodium Peroxoborate reacting with Sulfuric Acid and Potassium Permanganate