I was at a chemistry competition, and one of the questions they asked was on Berry pseudorotation

Now the question gave 4 molecules, namely, $\ce{IF5, PF5, PCl5, and XeF5-}$, and asked which of these molecules is unable to undergo Berry pseudorotation. I immediately eliminated $\ce{PF5 and PCl5}$ as they have trigonal bipyramidal structure, so that left me with the other two molecules.

At this point, I am unable to determine which of the remaining molecules should be the answer, so I take a guess and select $\ce{IF5}$, as my reasoning is that it has lone pairs so it is unable to interconvert. (However this also could be used to explain for why $\ce{XeF5-}$ is a possible answer too)

As per classic literature, PF5 shows identical bond lengths of all P-F bonds which are supported by data from NMR and IR spectroscopy which led to the development of berry-pseudo-rotation. But data's from electron diffraction shows that there are eventually two types of bond lengths (P-F (axial)> P-F(equatorial)) which supports the fact that a naive might predict the hybridisation to be sp²d and hence T.B.P. Even in JD lee, it has been clearly stated that this fluctuation may be called the "Paradox" of Chemistry 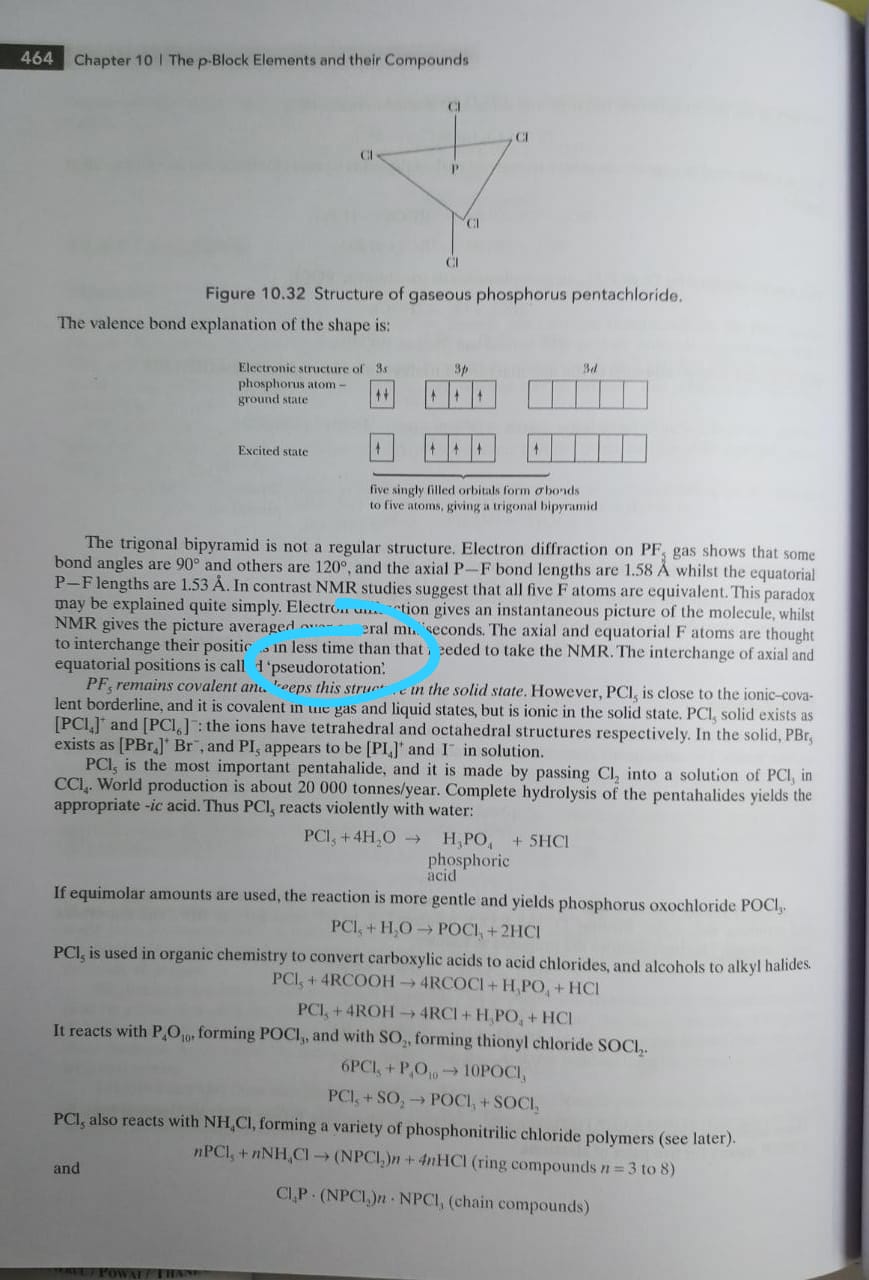 7
How does VSEPR theory explain the formation of different bond angles in PCl₅?
1
Structure of OSF4