I was wondering if it is possible to draw the Newman projections of the (E,E) and (E,Z) isomers of 1,4-diphenyl-1,3-butadiene in the following manner that I have? I wasn't quite sure about how to present the rings in such projections.

organic-chemistry stereochemistry
Share
Improve this question
asked May 9 '18 at 8:23

I don't know what tempts you to use the Newman projection for these compounds. Trying to draw them, you might have missed the existence of the actual conformers. (Not speaking of the confusing 120° angle representation of the planar system.)

Thanks to the totally conjugated system, the molecules tend to maintain a planar shape. The two conformations, ‘cisoid’ and ‘transoid’ (deprecated terms; recommended: s-cis, s-trans; discussed also here) resemble double bond configurations because of the stability of the planar conformation (sterical hindrance has to be taken into account as well, it can be significant for the s-cis E,Z).

For example, the s-trans and s-cis conformations of the E,E isomer can be represented as follows. 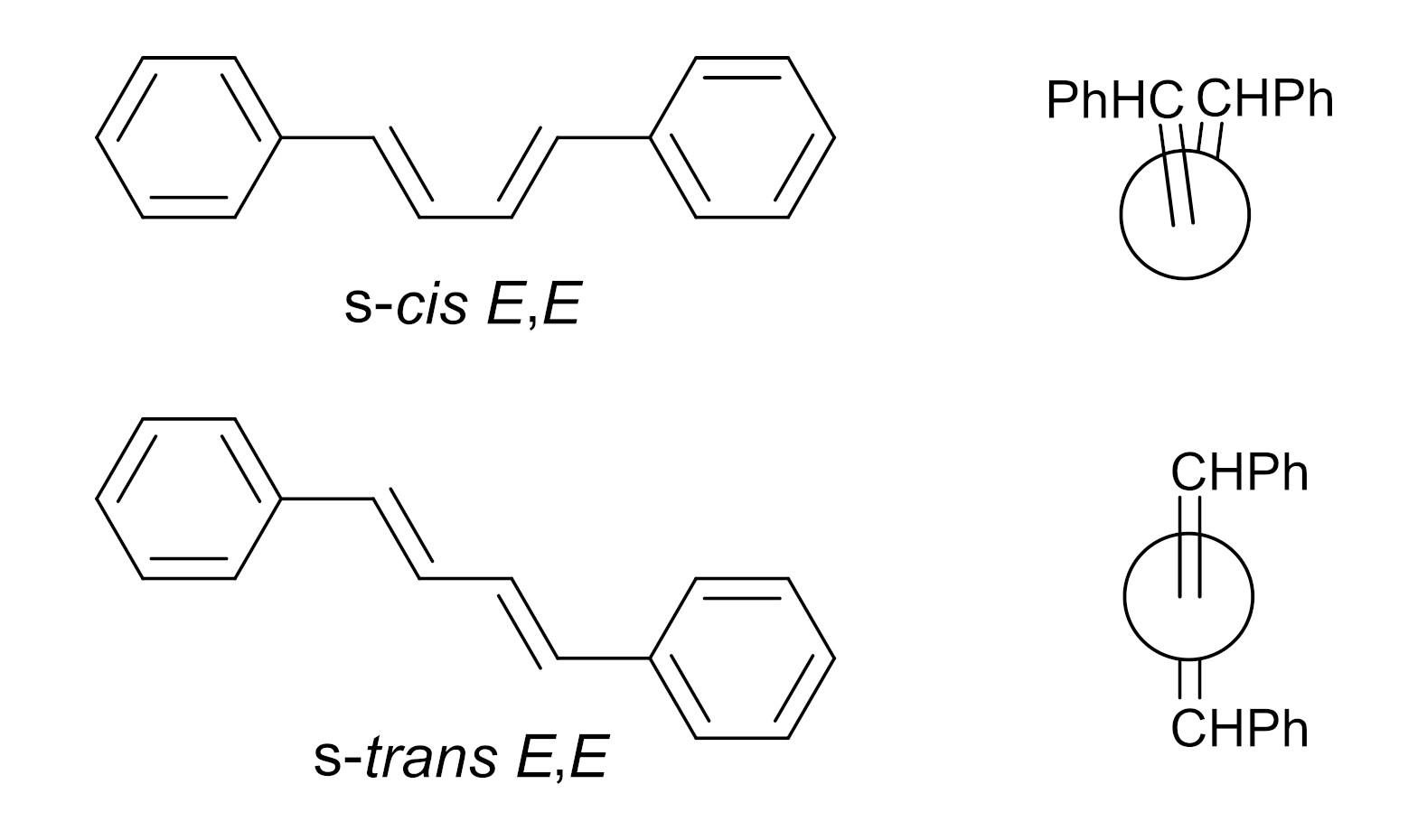 Trying to show the conformation at all the three single bonds at once wound be difficult, but could be done. And there's more missing info, so the two Newman projections would represent the (E,Z)'s conformers as well.

2
How can you predict relative Rf values of cis-trans isomers in thin layer chromatography?
6
Comparing heat of hydrogenation per mole of butenes and 1,3-butadiene
2
How to draw Fischer projections for carbon chain having more than two carbons?
16
Thermodynamic stability of meta-xylene over ortho- and para-isomers
2
Stability of geometrical isomers in cycloalkanes
0
Trouble with Converting from Structural Formulas into Newman Projections
2
Planarity of given molecules in all conformations
4
Newman projections: how to tell which groups are bulkiest to determine what is the most stable conformation?