How to calculate the percentage yield for enantiomers in free radical halogenation? 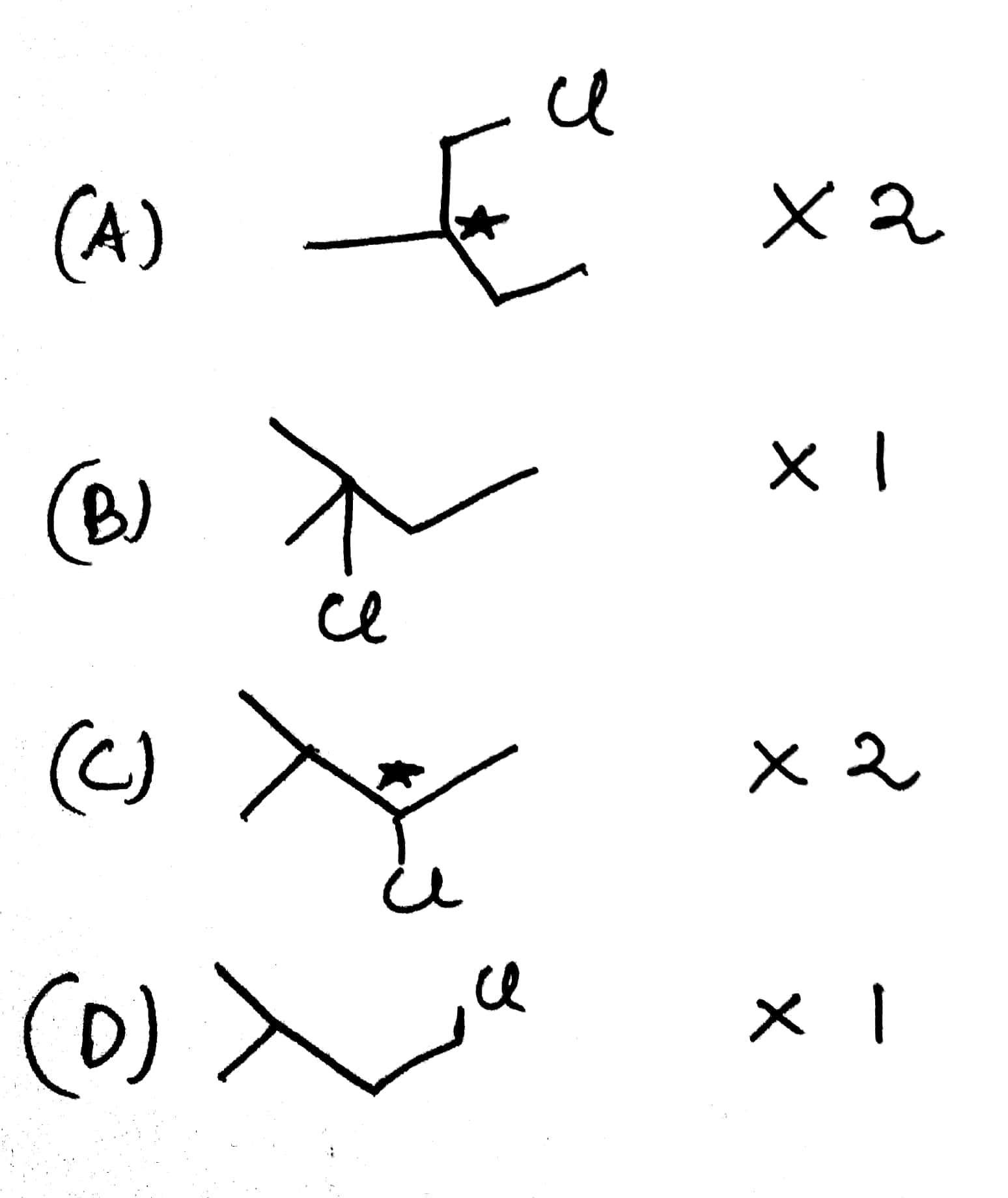 Until here my answer was correct, confirmed by my teacher.

For the second part that is the percentage yield I had an issue with the enantiomers. I calculated the relative yield ratios by multiplying probability factor and rate factor.

For cases A and B, where enantiomers are being formed, I further multiplied $p_\mathrm{f} \times r_\mathrm{f}$ by half since there's an equal likelihood of each of the enantiomers to form. My teacher said this is wrong, as we do not multiply it by half.

So, my question is why?

I'll say that this is just a matter of convention, and not really worth worrying about. Your underlying method and concept is 100% correct. Your final question boils down to:

To elaborate, if the question was:

Your approach would have without doubt been correct.

But since the question only says:

Again, I guess this is just convention, because I haven't been yet able to find references to favor either definition.

Finally, to satisfy both the parties involved, and write a foolproof answer that guarantees a complete score, you can frame your results like so:

where $x$ is your calculated value for a single enantiomer.

Not the answer you're looking for? Browse other questions tagged organic-chemistry stereochemistry halides or ask your own question.