Bridged ring system reduction through Wolf Kisher: Is it possible?

Is it possible for a ketone like this to undergo the Wolf Kishner mechanism? If so, what would be the product? It seems unlikely to me as disrupting the stable equitorial carbonyl seems unfavorable...

organic-chemistry synthesis
Share
Improve this question
asked May 5 '18 at 4:18 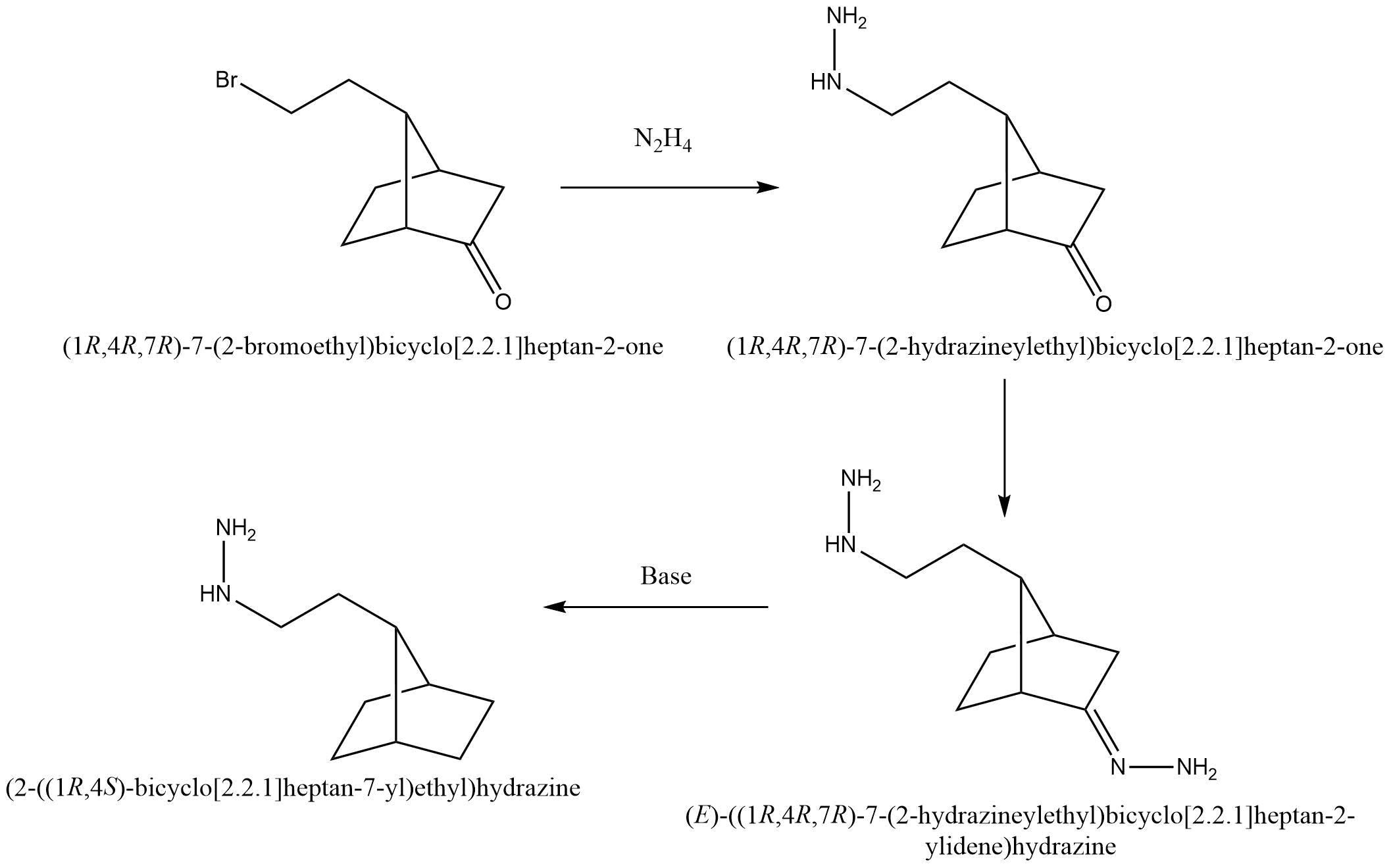 Why not react the original compound with benzyl alcohol using a mild base to form a benzyl ether at the start. Then do the reduction with hydrazine, then hydrogenate with hydrogen gas and palladium on carbon. This hydrogenation will remove the benzyl group and give you a alcohol. Then you can react the alcohol with tosyl chloride/pyridine and use the tosylate as an electrophile. If you very much want an alkyl bromide then react the tosylate with sodium bromide in DMF.

24
Michael reaction or nucleophilic attack at the alpha carbon of an alpha-beta-unsaturated ketone?
1
Why are alpha-carbonyl relatively less stable?
4
Elucidating reaction mechanism and purpose
13
Rearrangements of α-aminoketones in Clemmensen reduction
4
Cyclisation reaction through hydrazine
0
Why are halogens base sensitive groups (Wolff-Kishner Reduction)?