does it make any difference writing NO2 instead of O2N [duplicate] 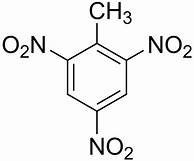 can you write NO2 in all three?

The Graphical Representation Standards for Chemical Structure Diagrams (IUPAC Recommendations 2008), include recommendations for contracted labels in structure diagrams. In particular

GR-2.3.1 General guidelines
Atom labels representing more than one non-hydrogen atom—also sometimes known as “contracted” labels—rely on the fact that many elements have consistent and well-understood bonding patterns. (…)

GR-2.3.3 Orientation of symbols within contracted labels
Contracted atom labels attached to only one bond should be read outwards from that bond, usually from left to right if the bond is on the left of the label. If the bond is instead attached to the right of the label, the label will normally be read from right to left, but ambiguities can result. Accordingly, contracted labels with a bond on the right should be avoided except for simple cases, usually limited to relatively small labels containing four or fewer combined element symbols and abbreviations. (…)

Contracted labels for nitro groups cannot be interpreted with a simple application of valence rules, but also need some implicit charges to be added. It is equally possible to avoid entirely the issue of depiction and instead display the functional group using the $\ce{NO2}$ abbreviation. According to Table III in the Graphical Representation Standards, the left-to-right form of the label is $\ce{-NO2}$ and the corresponding right-to-left form is $\ce{O2N-{}}$.

6
What is the influence of an alkyl-hydroxy group on a benzene ring?
9
Aromatic ring substitution: how are MNT and DNT further nitrated if nitro groups deactivate benzene rings?
3
Why is NO2 formed when N valency is 3
3
Chair conformation. Wedged lines vs no wedged lines?
1
How to correctly write the condensed formula for salicylic acid
1
Acid Catalyzed Hydration of an Alkene Synthesis Problem
7
Why does a mixture of nitrous acid with concentrated nitric acid cause nitration of benzene instead of nitrosation?