The structure of sodium cuprous thiosulphate

Although I don't know the utility of this reaction, I felt that it was important to understand the structure of $\ce{Na4[Cu6(S2O3)5]}$, which is formed as a the major product of the overall reaction.

The full set of reactions is given as follows:

For knowing these three dimensional complex structures, which are hard to predict theoretically, we have to use X-Ray diffraction or spectroscopic techniques (IR, NMR, or, mass). I don't have any such facilities to verify the complex structure, but I may logically predict a logical (possibly incorrect) structure.

Note that the donor atom of the thiosulfate anion can be either all $\ce{S}$, all $\ce{O}$, or a combination of $\ce{S}$ and $\ce{O}$. It is indeed hard to predict (because in some complexes, $\ce{Cu}$ binds with $\ce{O}$ regardless of being soft acid to preferably bind with $\ce{S}$ - as in $\ce{CuCl_2.4dmso}$) and thus is best to determine through IR spectroscopy by looking at $\ce{S-S}$ stretching frequency. Thus, the donor atoms may be different from what is shown in the possible structure.

The possible structure is: 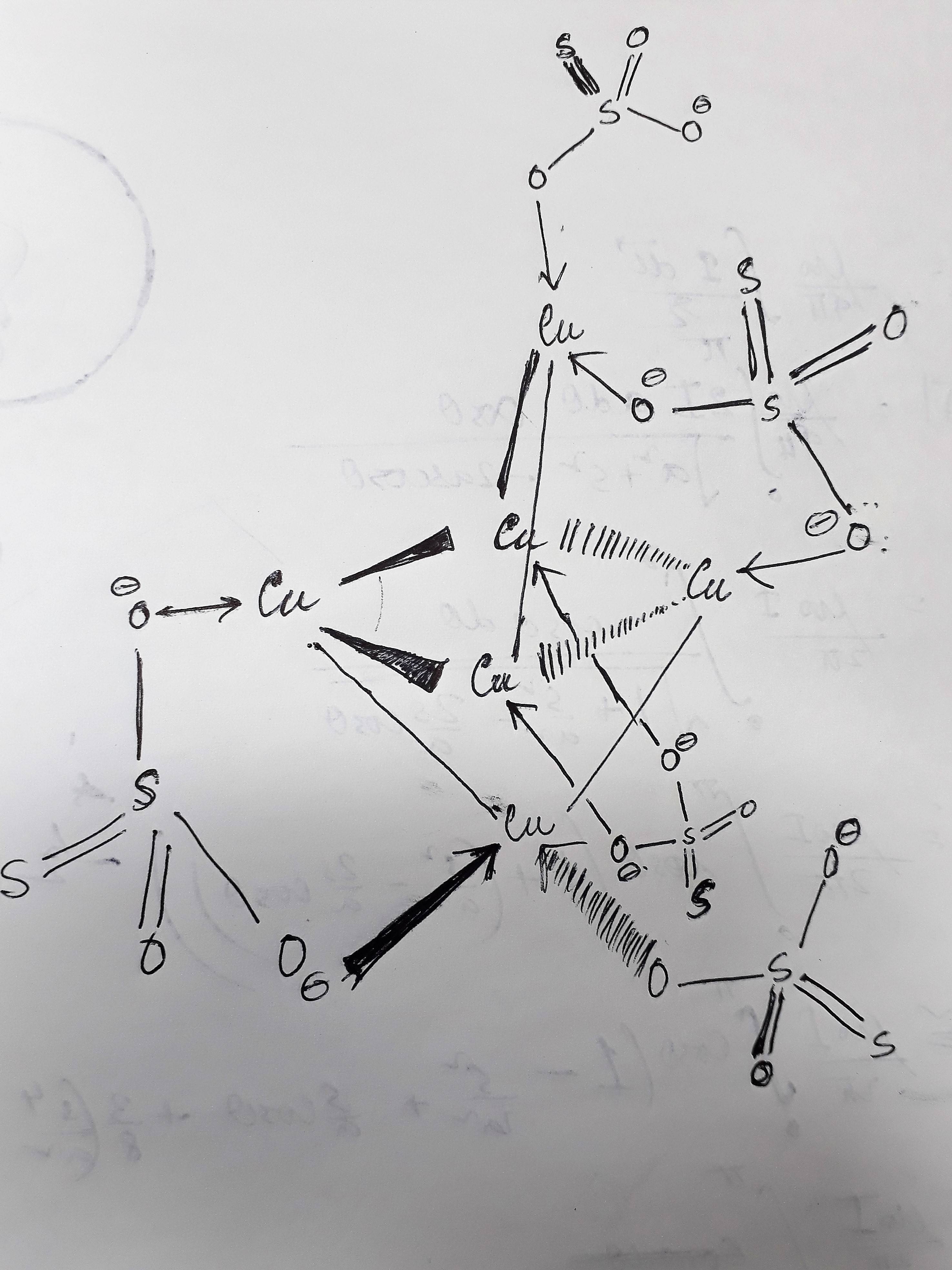 Not the answer you're looking for? Browse other questions tagged coordination-compounds crystal-structure or ask your own question.