How does Hofmann elimination work in this reaction?

In my Chemistry class, we were given this question to solve, and I'm not sure I fully understood the solution.

I understand that since the substrate is bulky, Saytzeff elimination can't happen, so it has to be Hofmann. What I don't understand is how it happens here. Where does the base attack the substrate? Essentially, I'd like to know the mechanism of the reaction.

Wow, this is an amazing question. The expected reactivity is strongly dependent on the exact structure.

For starters, trimethylammonium is about the size of a tert-butyl group. So, expect an A value around 4.9, which is very large. So, put that group equatorial on the ring.

Of the three elimination products, I expect to see:

EDIT: @Martin-マーチン was kind enough to compute the structure below. Notice the structural features we've already discussed: the ring conformation and the position of the anti-periplanar hydrogen atoms. 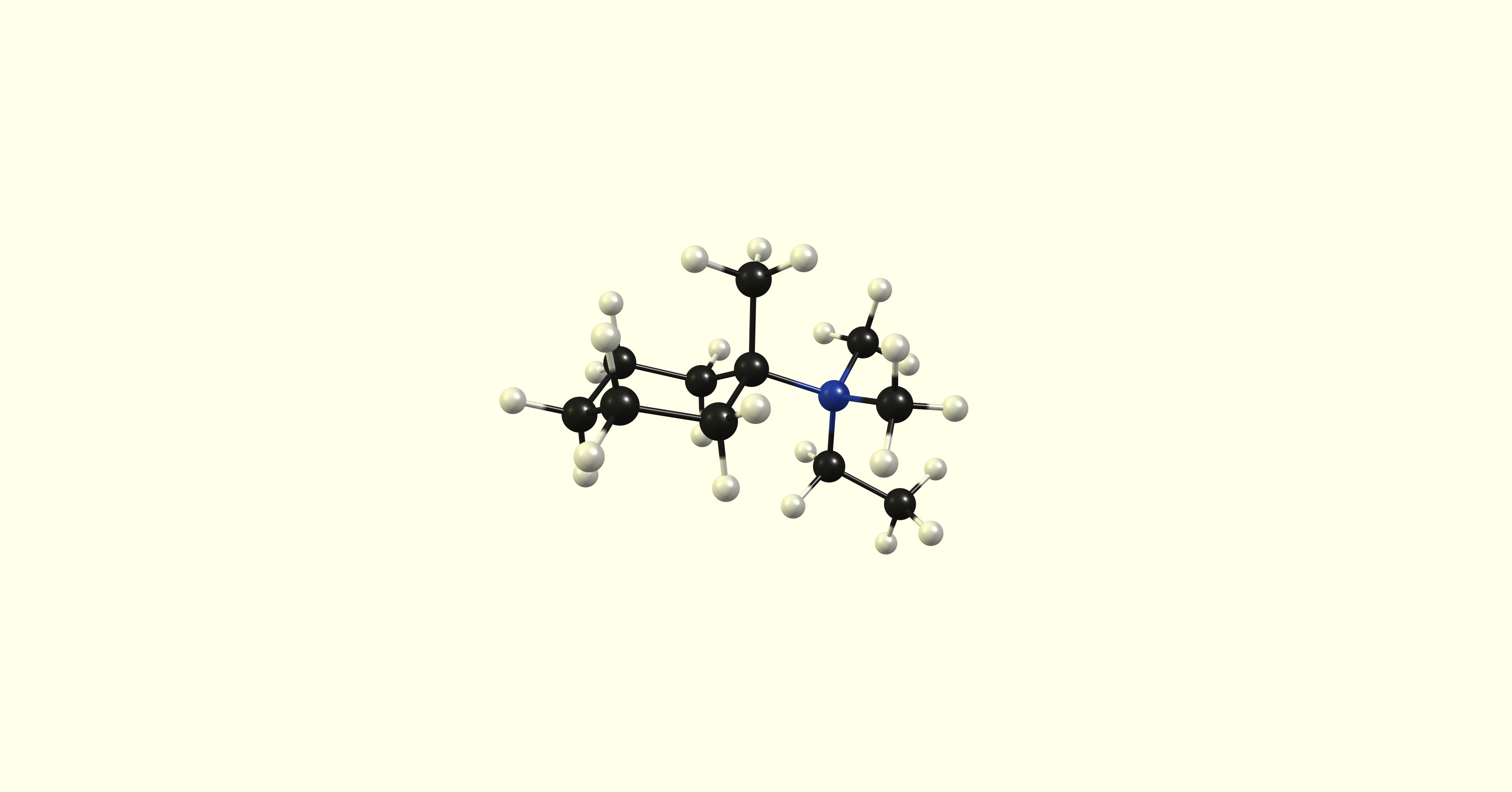 Not the answer you're looking for? Browse other questions tagged organic-chemistry elimination regioselectivity or ask your own question.