I've been creating various Copper(II) complexes using different ligands and predicting their relative hues using Crystal Field Theory by using the spectrochemical series to predict the extent of d orbital splitting on the Copper(II) ion and the resultant colour of the copper(II) complex.

When I added potassium thiocyanate ($\ce{KSCN}$) to a solution containing hexaaquacopper(II) the entire solution turned deep black. Doing some research online and knowing that $\ce{SCN-}$ tends to form complexes with planar geometry I'm fairly certain that the resultant copper(II) complex was $\ce{[Cu(SCN)4]}$.

Because of the relative strength of the $\ce{SCN-}$ ligand compared to the pale blue complex formed with $\ce{H2O}$ I assumed the solution would appear redder in hue as higher frequency wavelengths would be absorbed, however, I fail to see why the entire visible spectrum would suddenly be absorbed. Can this phenomenon be explained with Crystal Field Theory?

Also perhaps my solution was not dilute enough?

As the user above states, if you mix concentrated solutions of $\ce{Cu(II)}$ salts and $\ce{NCS}$ you get $\ce{Cu(NCS)_2}$ which is a black solid. I'd disagree with them that it's not longer a complex because it 100% is - and you are correct to assume that the local coordination is $\ce{Cu(NCS)_4}$. To be more precise, each copper is coordinated by $\ce{Cu(NCS)_2(SCN)_2}$, and there's actually a large Jahn Teller distortion so it could also be described as $\ce{Cu(NCS)_2(SCN)_4}$. They're right that the colour can't be easily explained by $d-d$ transitions (i.e. the kind you're thinking of w.r.t. ligand field splitting) though.

$\ce{Cu(NCS)_2}$ is black probably because of ligand to metal charge transfer (the same reason $\ce{Fe(III)NCS}$ is blood red) - i.e. on absorption you transiently form $\ce{Cu(I)}$ and $\ce{NCS}$ from $\ce{Cu(II)}$ and $\ce{NCS–}$. It's more complex that that for sure, but I think it's fair to say no one knows yet, because we only worked out the structure two years ago. 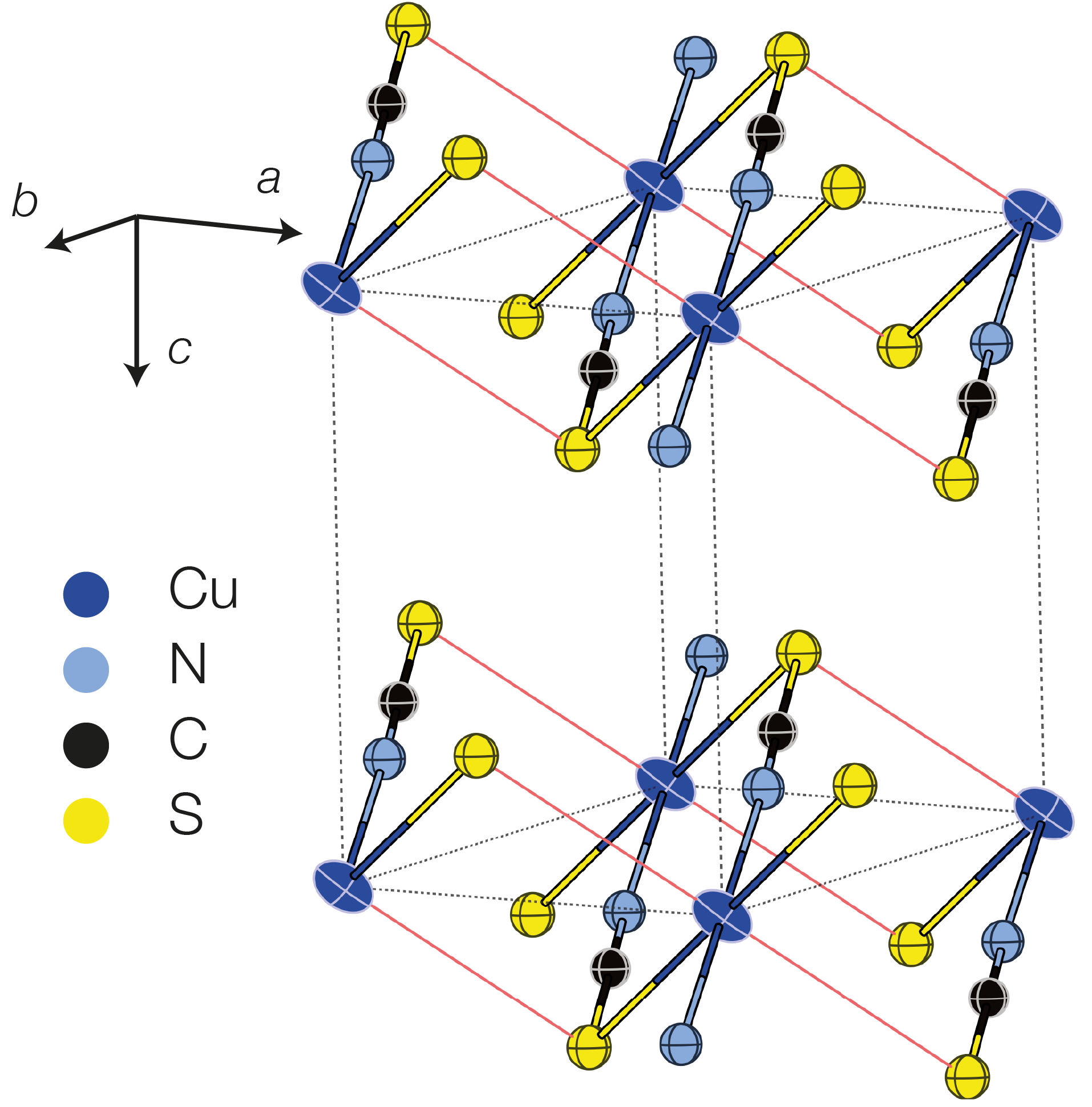 Thus when you have a aqueous solution of $\ce{Cu^2+}$, and add $\ce{SCN-}$ gradually by little amounts, the following complexes will start to form.

This shift in the colours of the new complexes can be explained by CFT. As more weak field ligands ($\ce{SCN-}$) is introduced in the complex, the octahedral crystal field splitting energy ($\Delta_\mathrm{o}$) of the complexes decreases and thus the wavelength absorbed shifts to higher wavelengths and complementary colours also become higher in wavelengths.

Now, if you add sufficiently higher amounts of $\ce{SCN-}$, all the complexes will be destroyed and you will get only a compound of $\ce{Cu^{2+}}$ and $\ce{SCN-}$, which is a normal ionic compound, and no complex is left thereafter.

Thus the final compound is not at all any complex and just a black coloured compound, which might have formed if you have added significantly higher amount of $\ce{SCN-}$, in aqueous solution of $\ce{Cu^2+}$. So, it is irrelevant to judge the colour of final product i.e. $\ce{Cu(SCN)2}$ through CFT as it is now no longer a complex at all.

Not the answer you're looking for? Browse other questions tagged coordination-compounds color crystal-field-theory or ask your own question.

3
Which complexes are stable: ammine complexes or carbonyl complexes?
21
Why is manganese(II) coloured although the transition should be spin-forbidden?
3
How to determine the magnetic character of heteroleptic complexes?
66
Why is it wrong to use the concept of hybridization for transition metal complexes?
3
Sulfate and carbonate ions as ligands
6
What is the shape of [Cr(NO)₄]?
2
What is the magnetic moment of tris(oxalato)nickelate(IV)?