Consider the compounds, (I) - 1,2-diphenylethene and (II) - 1-phenylpropene. Compare their rate of hydrohalogenation (HX addition)

So, what is the real order of rates of $\ce{HX}$ addition? Is my reasoning correct, or have I missed something?

The intermediate I has 5 resonance structures ( scheme 1) .Further stablised by inductive effects of ethyl group.

Totally 10 resonance structures are possible for structure I.(Since delocalization is more, energy of such intermediate should be less)

Stable carbocations for both I & II are formed but , they are dissimilar.

Assuming fruitfull collisions lead to intermediates 1,2,3 & 4 ,statistically since number of resonance structures are more for intermediate formed from structure I , it should lead to formation of major product. 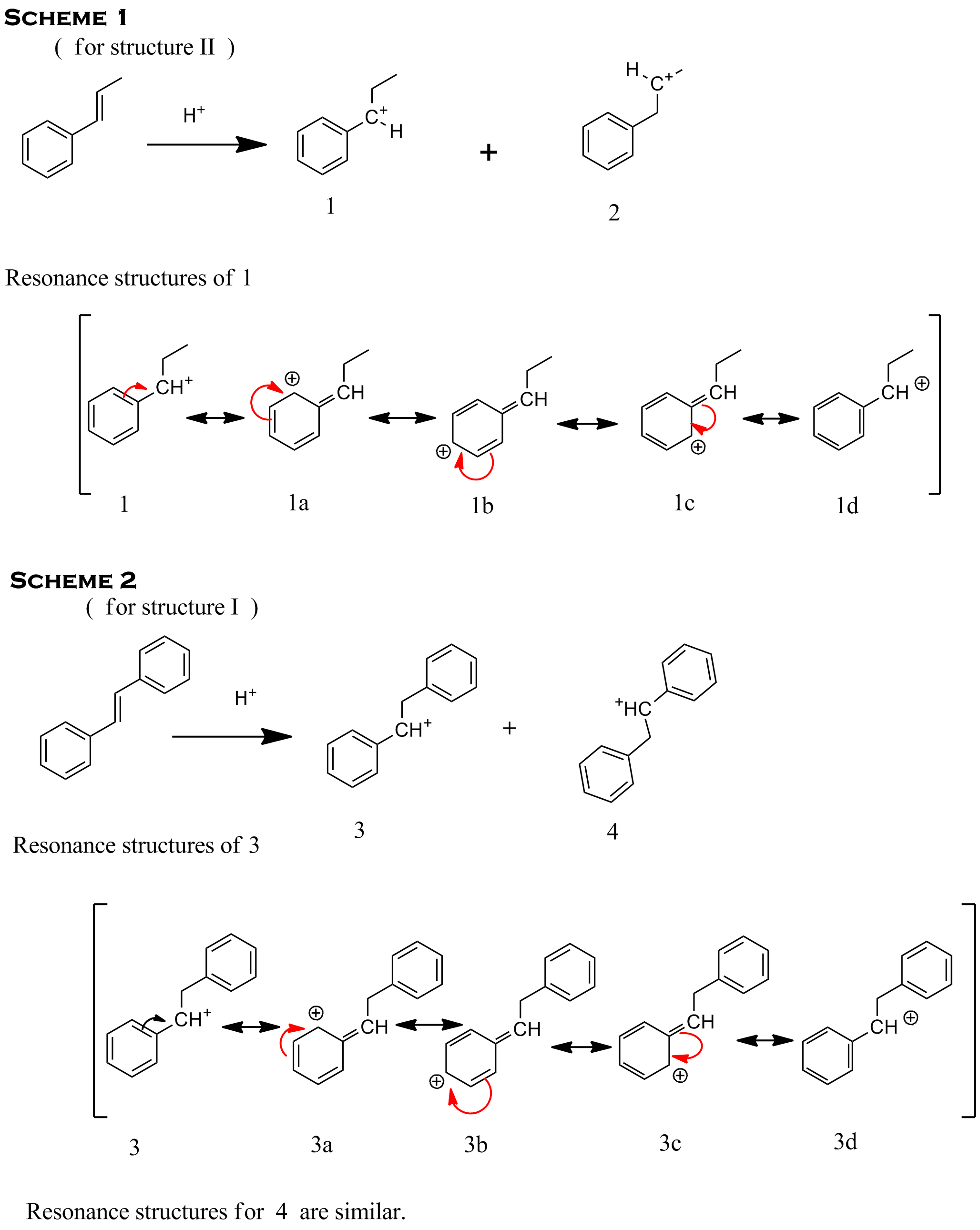 I would suggest that there is a potential kinetic effect here. While the most stable carbocation formed in either case is similar, the number of collisions that result in the formation of the more stable carbocation is higher in I than in II.

If we take a very simplified view of the possible collisions in II, we can see that in a reaction with $\ce{HCl}$ only "one" of the orientations of the collisions will result in the formation of the desired carbocation. 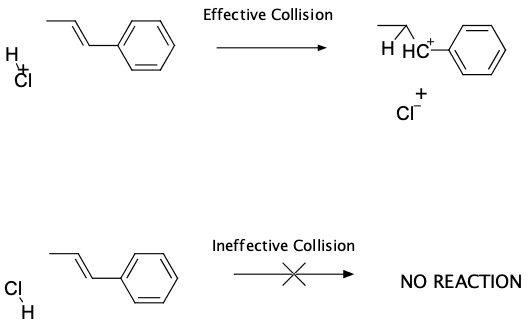 In the case of I, "both" of the possible collisions will lead to the formation of the same stable carbocation. 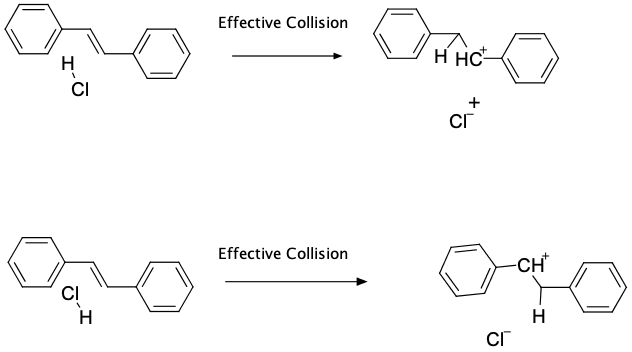 If the number of possible effective collisions is higher, the reaction will be faster.

Not the answer you're looking for? Browse other questions tagged organic-chemistry reaction-mechanism reactivity hydrocarbons or ask your own question.

3
Relationship between rate equation and equilibrium constant
5
Comparing SN2 reaction rate for phenacyl chloride and methyl chloride
2
Reaction between 1,2-dicyanoethylene and 2-phenylbuta-1,3-diene in toluene and heat
0
Lab test to compare the reactivity of liquid 1-heptene and liquid heptane
8
Bromonium ion or Mesomeric effect ( intermediate during addition to alkenes)
3
Does isopropyl chloride undergo SN1 or SN2 with sodium acetate?